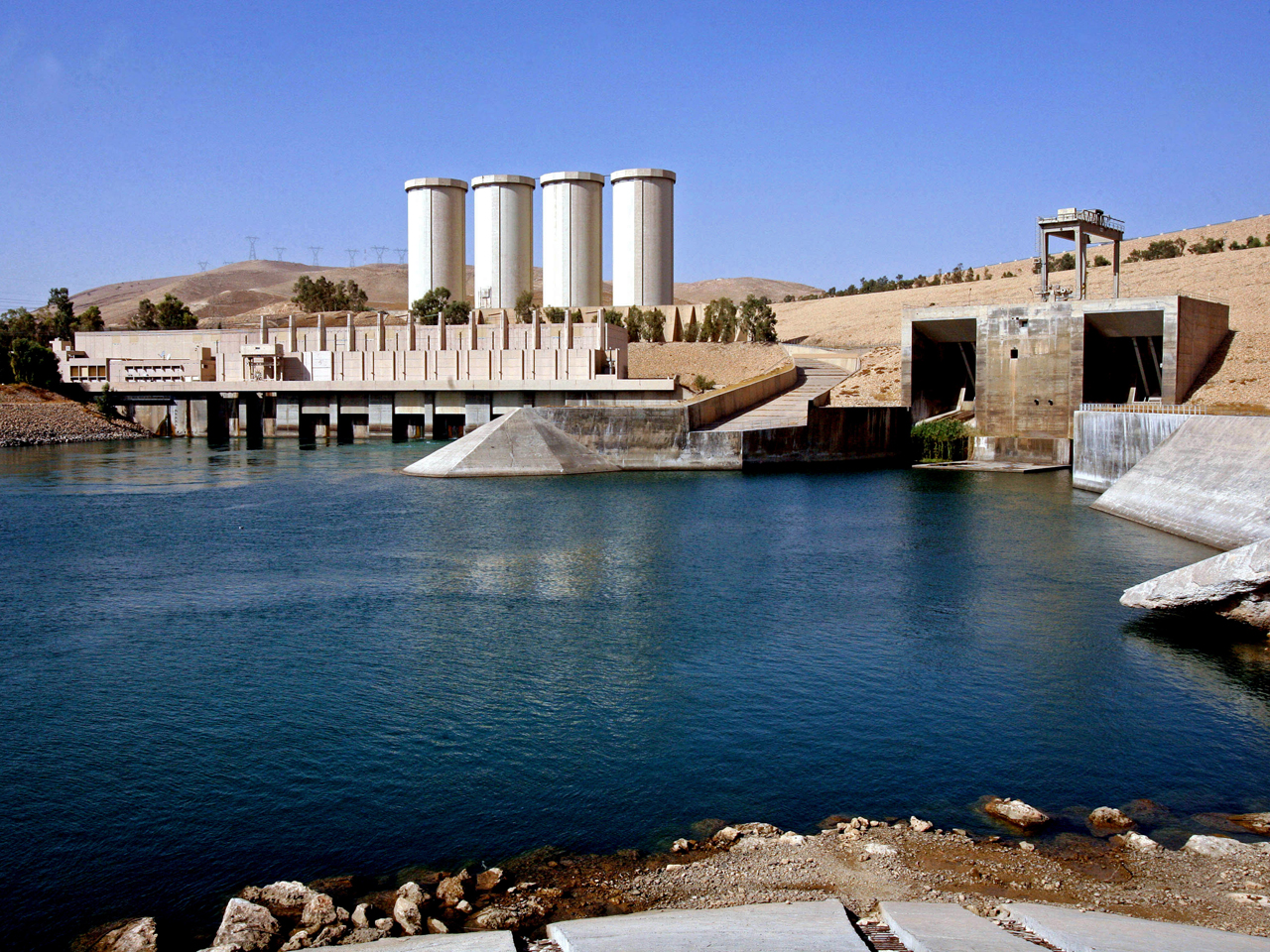 EDGARTOWN, Mass. - The U.S. has expanded its air campaign in Iraq with attacks aimed at helping Iraqi forces regain control of the strategic Mosul dam.

The White House said President Barack Obama notified Congress Sunday that the widened mission would be limited in duration and scope.

The administration's letter to Congress said "the mission is consistent with the president's directive that the U.S. military protect U.S. personnel and facilities in Iraq, since the failure of the Mosul Dam could threaten the lives of large numbers of civilians and threaten U.S. personnel and facilities - including the U.S. Embassy in Baghdad." It also noted that the failure of the dam could "prevent the Iraqi government from providing critical services" to the Iraqi people.

The letter said: "I am providing this report as part of my efforts to keep the Congress fully informed, consistent with the War Powers Resolution."

White House spokeswoman Caitlin Hayden said the operations are being undertaken in coordination with and at the request of the government of Iraq.

The latest round of U.S. airstrikes in Iraq against the Islamic State extremist group includes the first reported use of land-based bombers in the military campaign.

Kurdish security officials say Kurdish forces, aided by U.S. and Iraqi airstrikes, have now taken over parts of the dam. Militants had captured control of the dam less than two weeks ago.

The U.S. military says U.S. forces conducted nine strikes Saturday and another 16 on Sunday. The second round of strikes damaged or destroyed 10 armed vehicles, seven Humvees, two armored personnel carriers and one checkpoint, the U.S. said.