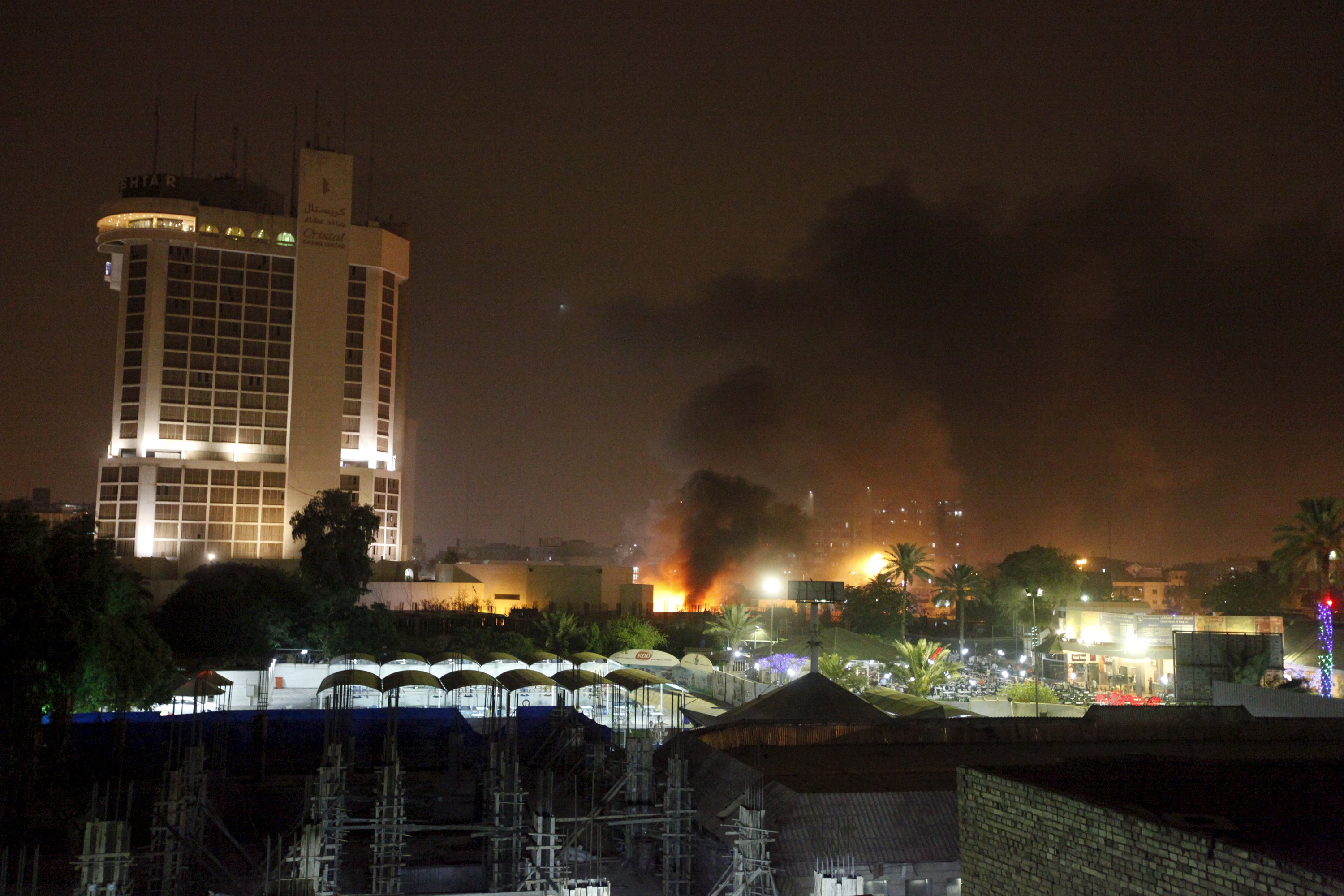 BAGHDAD -- Authorities in Iraq said Friday that car bombs inside the parking lots of two top hotels had killed at least 15 people in the capital Baghdad, with dozens more wounded.

Nobody claimed responsibility, but Iraq witnesses almost daily attacks that have frequently been claimed by the Islamic State of Iraq and Syria (ISIS), which seized large swaths of the country during a blitz last year.

ISIS launched a wave of suicide and truck bombs earlier this week, a day after Iraqi officials announced an offensive to reclaim territory from the militants in sprawling Anbar province, just to the west of Baghdad.

The Sunni extremist group swept through Anbar's provincial capital of Ramadi about two weeks ago as the Iraqi army fled, leaving behind them an array of U.S.-supplied weaponry.

In response to the embarrassing and strategically significant defeat, the central government in Baghdad cobbled together a fighting force, using local Sunni militiamen and reassembled government troops to launch the new offensive in Anbar. But one of the largest contingents -- the one which has asserted its leadership in the offensive -- is an umbrella group of Shiite Muslim militias.

The government-backed Shiite militias' high-profile role in the new military operation risks alienating the largely Sunni Muslim population in Anbar, and has heightened fears of renewed or intensified sectarian violence.