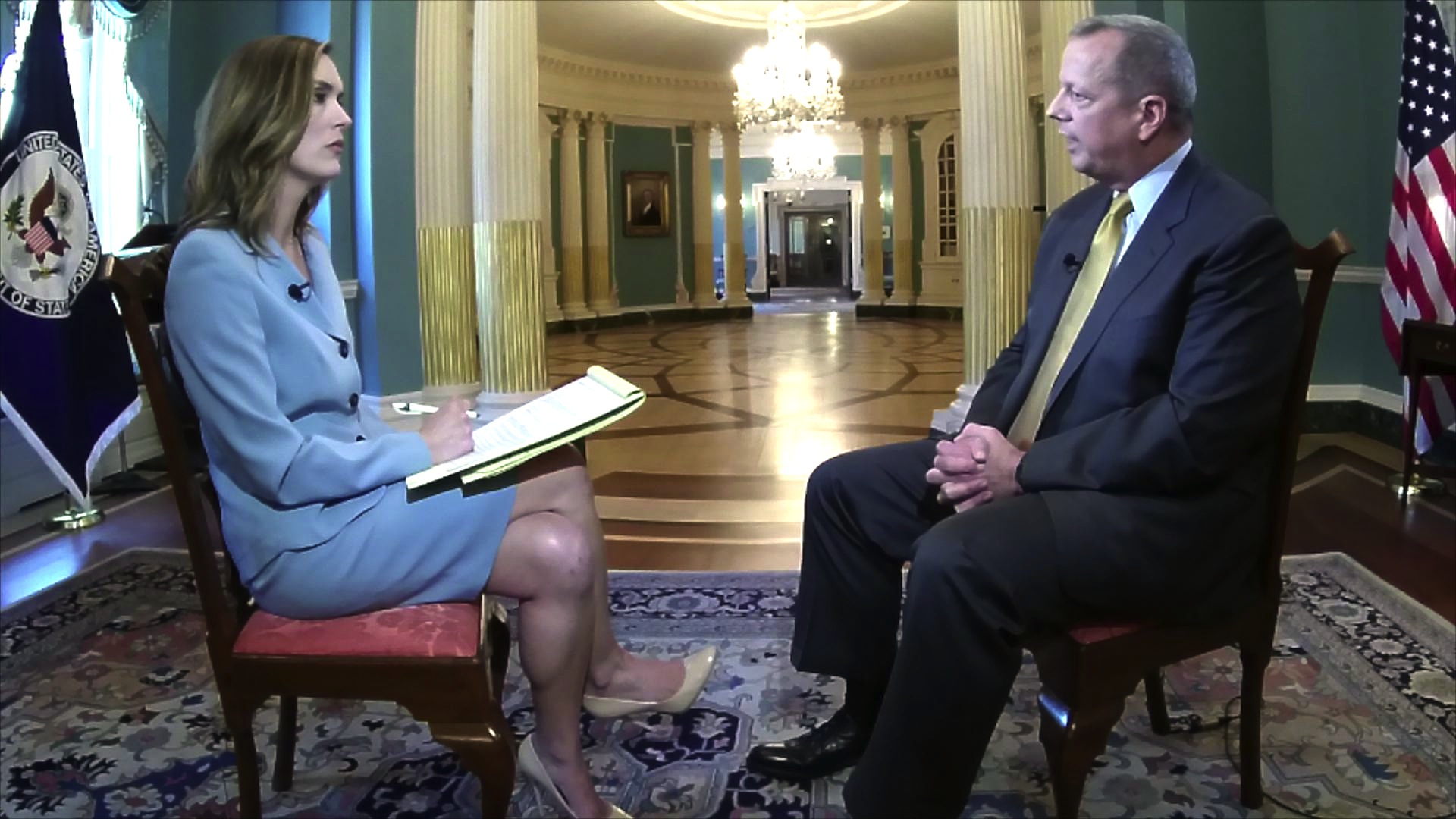 Allen, who is the presidential envoy for the coalition fighting ISIS, sat down with Brennan to talk about the state of the conflict. Last weekend, Defense Secretary Ash Carter angered some Iraqi officials when he said that their troops responsible for defending the city "showed no will to fight."

While Allen said he did not want to discuss Carter's comments further, he admitted, "It's going to take a long time" for Iraqi forces to get the region under control.

"I believe the Iraqi military is going to combine its capabilities and ultimately liberate this country, it's going to take a while to do that," he said. Asked whether will is something that can be taught to the Iraqi forces, he said, "Will is about leadership; confidence. Will is about, as I said, amassing success, and that doesn't come overnight. That comes over time, and that is part of the process of the professionalization of the development of the Iraqi security forces that we're undertaking now."

Allen disputed the narrative that a vast number of Iraqi troops had simply fled in the face of a much smaller number of ISIS forces. Although he confirmed U.S. defense officials estimates that there were a total of about 10,000 Iraqi troops spread out across the Anbar province, he pointed out that just 2,000 of those troops were in Ramadi and they were facing between 400 and 800 ISIS fighters. The type of urban warfare waged by ISIS, he said, was also a factor. ISIS came at the Iraqi troops with large vehicle-borne suicide truck bombs laden with explosives in the thousands of pounds.

The ISIS fighters are "pretty good, and the troops that they were fighting at that particular location had been fighting for a long time, and they were tired, they had not been well supported in recent battles," Allen said. "A relief column that was coming in turned around and went back because it was badly ambushed, so once again it was an issue that I believe was the effect of the local conditions on the ground at that particular moment....That's not going to be the case everywhere."

He said that most of the Ramadi troops had not undergone training by the U.S. military. Troops that have had the benefit of the U.S. training, he said, have performed measurably better in battle.

"I think we are going to do a great deal more with the Iraqis in partnership with the coalition to create that capability within the Iraqi security forces to be able to take their country back," he said.

The recent defeat in Ramadi has been a wakeup call when it comes to evaluating the scope of the ISIS offensive in both Iraq and Syria. Allen will head to Paris in the coming days to meet with members of the coalition who are demanding an urgent re-evaluation of the strategy to defeat ISIS. He said the strategy needs to be constantly reviewed as circumstances change on the ground. He swatted away the suggestion that the Obama Administration's stated focus is an "Iraq first" strategy that simply punts a decision on what to do across the border in the ISIS safe haven of Syria.

Like many troops who were involved in the fight for Ramadi during the Iraq War, Allen - who served as the deputy commanding general of combat forces in Anbar province from 2007 to 2008 - said he was "angry" about watching the city fall into ISIS' hands.

"There is no reason why I shouldn't be," he said. "Any of the marines or soldiers that fought there, or...witnessed their units and their fellow soldiers or marines give their lives there is gonna have very strong feelings about this. And I had very strong feelings about this, which means for me, it's a matter of now doubling down and helping the Iraqis to be successful."

Allen will head to Paris this weekend to meet with members of that coalition who are demanding an urgent re-evaluation of the strategy to defeat ISIS. Allen admitted that ISIS has the momentum, and told CBS News that the U.S. will do a "great deal more" to support the fighters it is relying on to defeat ISIS on the ground.