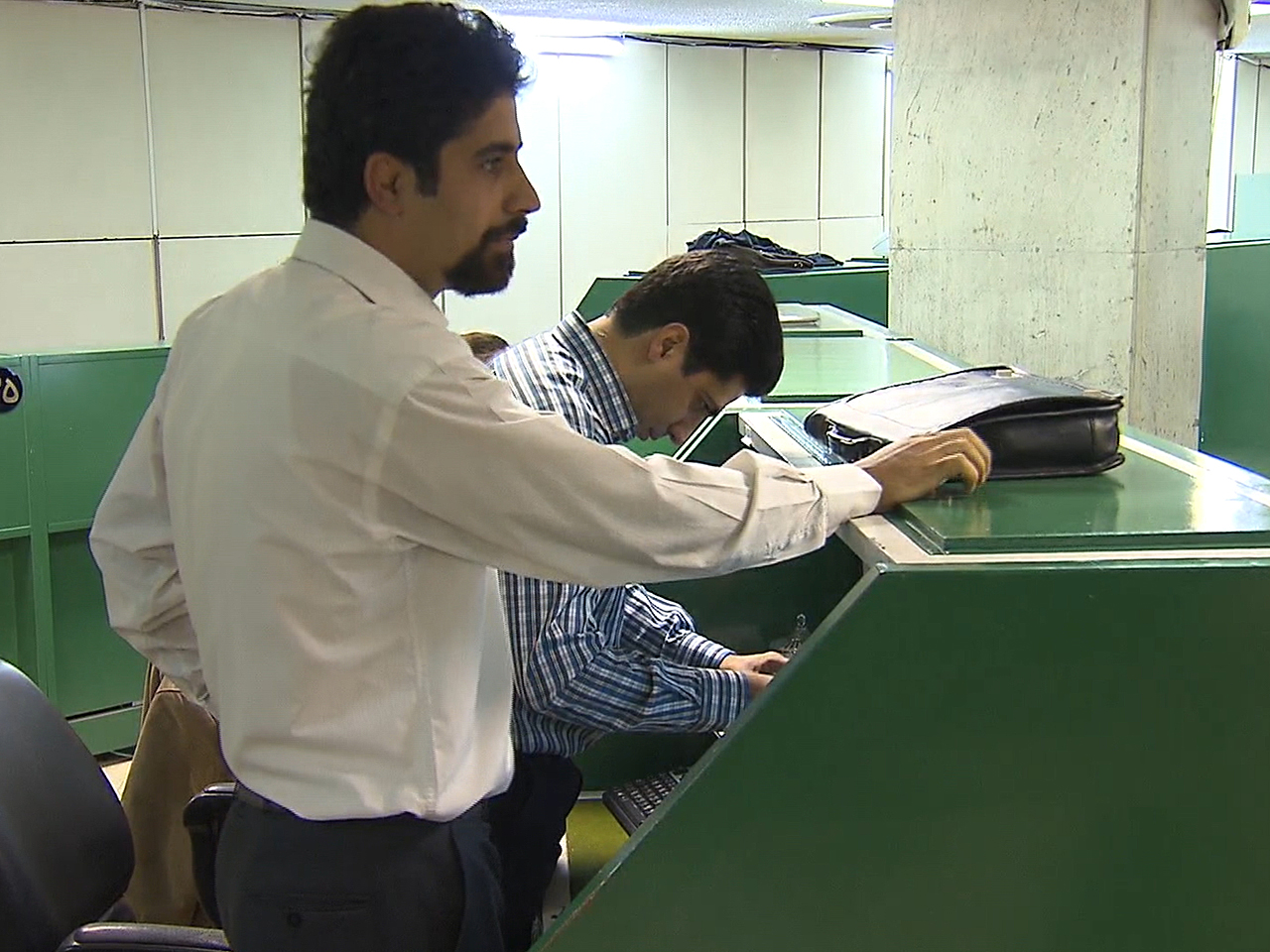 "We have made progress," he said, "and we have no doubt that we will succeed."

The President needed to put an upbeat spin on the stalemate in Vienna. He was speaking to millions of Iranians who, a year and a half ago, voted for him when he promised to improve relations with the West.

So far, though, his negotiators have failed to clinch a deal that would see the U.S. suspend economic sanctions against Iran.

The people are getting weary.

Traders on the Tehran Stock Exchange can point to hard evidence of Iranian hopes that started high, but are ebbing.

Mojtaba Shabazi trades shares in Iranian companies, ranging from banks to car makers. He showed us a graph of the stock market's performance over the past two years.

"Look," he says, pointing to the peak two summers ago. "This is when President Rouhani was elected."

It was a moment of sudden optimism, when millions believed that moderate reforms and dialogue with Iran's old enemy, the United States, might bring an end to the sanctions that have crippled the nation's economy for years.

People with some money to spare decided the time was right to bet on the future and invest in Iranian business.

"But see," says Shabazi, pointing to his graph. "Ever since, the market has been declining."

In fact, the line shows small blips upward whenever the international negotiations in Vienna or Geneva have seemed to be going well, but overall, the value of the market has gone down by about 30 percent in the last two years.

Shabazi, like many Iranians, is relieved the talks didn't collapse completely on Monday -- some hope is better than none.

"This situation is not too bad," he says. "It looks to me as if Iran and the West want to make an agreement at last."

If there is an agreement by summer, Shabazi will find himself swamped in a booming market. Groups of European investors are already arriving in Tehran to explore the business opportunities that will open up as soon as sanctions are lifted or curtailed.

"It's one of the last, great untapped emerging markets in the world," said Rouzbeh Pirouz, Executive Chairman of Turquoise Partners, which manages foreign investment in Iran. "Iran is extremely rich -- both above the ground in terms of its human resources and below the ground in its natural resources."

But an agreement that swaps sanctions relief for new limitations on Iran's nuclear program is more than a monster business opportunity, says Pirouz.

In his television interview, President Rouhani told Iranians "no one doubts that sanctions must be lifted, and that a nuclear program should continue on Iran's soil."

"This shows that our decision to interact with the world was correct," he said. He's got seven months -- until the next deadline in the nuclear talks -- to prove he was right.