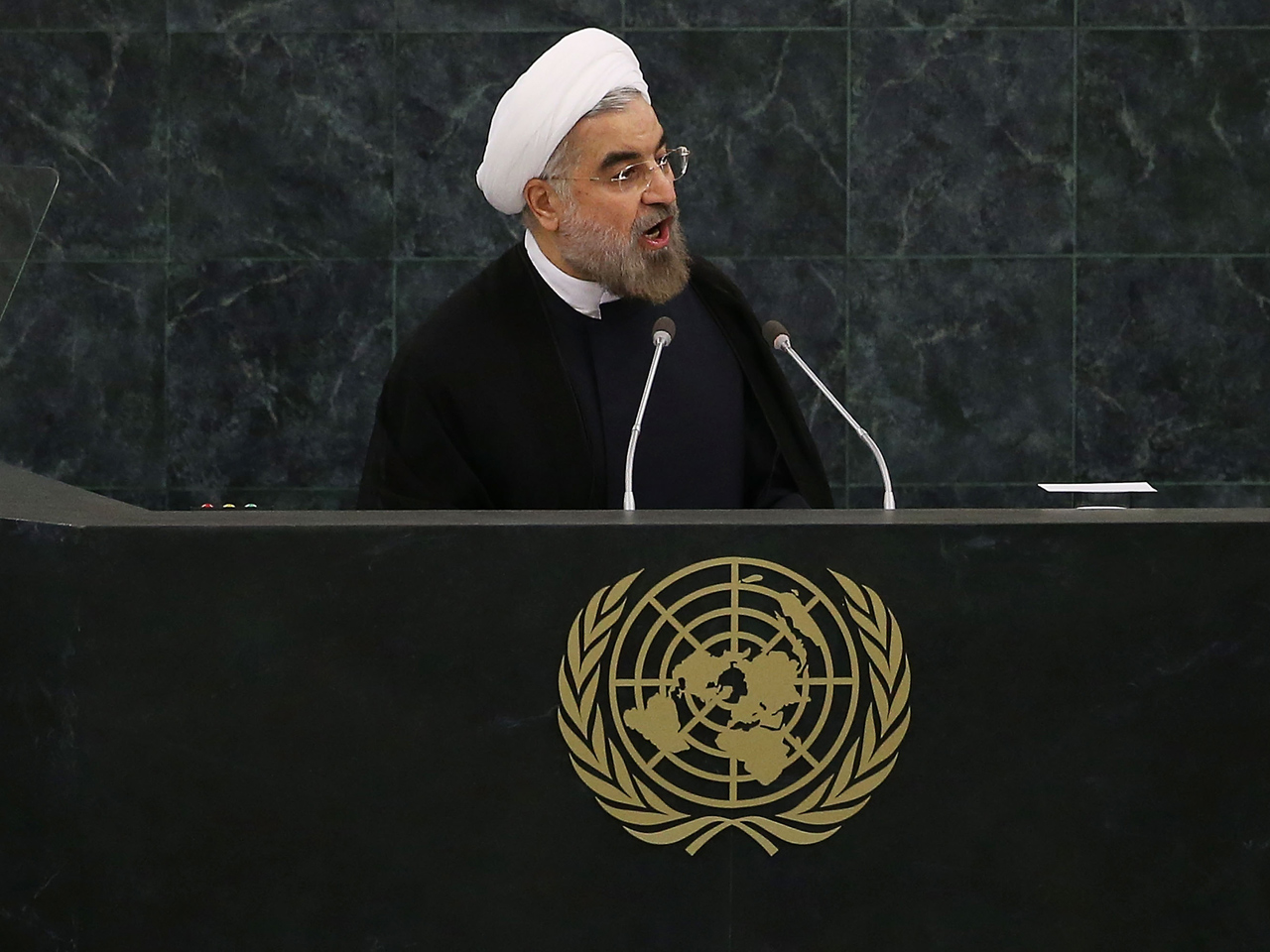 London In his speech to the United Nations General Assembly, President Hasan Rouhani's remarks on Iran's nuclear ambitions were unambiguous.

Nuclear weapons, he said, "have no place in Iran's security and defense doctrine."

He was telegraphing loud and clear that Iranian negotiators will bargain seriously at the next round of international talks to reach an agreement on Iran's nuclear program.

Any agreement will most likely recognize Iran's right to enrich uranium and pursue nuclear research -- in return for greater oversight by U.N. inspectors. The inspectors' job will be to make sure Iran is not secretly pursuing a weapons program, as the U.S. government and its allies have long suspected.

What Iran gives away at the nuclear negotiating table, it expects to get back -- in the lifting of U.S.-led economic sanctions.

International investors from the U.S., Europe and Asia are betting those sanctions will be lifted sooner rather than later, and many think Iran is the Next Big Thing: an underdeveloped, oil and gas-rich country that -- with foreign money and expertise -- will generate profits on an epic scale. They're getting ready to plunge in.

So where does all this leave the Iranian people? Hopeful, but cautious.

Iranian citizens are the ones whose lives have been bruised by five years of devastatingly effective sanctions. The value of their wages and savings has dwindled. Unemployment is rife. Many Iranians don't eat meat, or take trips to see family and friends as often as they used to.

Even the well-off have trouble buying foreign-made products, including medicine and household appliances.

Iranians don't blame America alone for this hardship. They blame their own politicians for corruption and inefficiency. Millions also blame their politicians for bringing on the sanctions by bungling Iran's nuclear and foreign policy over the past few years.

Now, they're hoping the end of those sanctions will bring jobs, and an end to their country's international isolation.

Already Iran's currency has recovered some of its value -- although it slumped a little again on Tuesday after Rouhani's U.N. speech. Investors were hoping to see the spirit of optimism cemented by a landmark meeting between Presidents Rouhani and Obama.

Young people, especially, hope that economic reforms will go hand-in-hand with political ones.

Already, the new administration has promised more freedom of expression, and re-opened the beloved House of Cinema which has been a hub for Iran's filmmakers and artists.

The Rouhani government has also pardoned more than 80 political prisoners (though critics note, sourly, that many of the prisoners were near the ends of their sentences, and would have been freed soon anyway.)

Why, they ask, are the two opposition politicians Mir Hossein Moussavi and Mehdi Karroubi still under house arrest?

President Rouhani may be talking a persuasive line on moderation and openness, but cautious Iranians are reluctant to take him at his word. They are waiting to see a few more deeds.