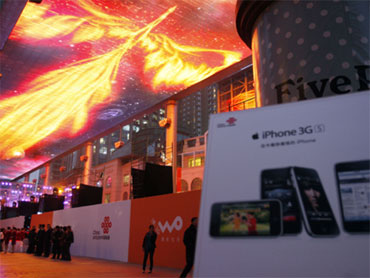 Apple's iPhone made its long-awaited formal debut in the world's most populous mobile phone market, without a key feature and at higher prices than widely available black market models.

"Ever since we first launched the iPhone, we greatly anticipated bringing it to China," an Apple vice president, Greg Joswiak, said at a launch ceremony at a Beijing shopping mall.

Unicom's first iPhones lack WiFi, a possible handicap with sophisticated, demanding Chinese buyers. The technology, a key part of the iPhone's appeal, allows the phones in other markets to use free wireless networks in cafes and offices to download e-mail and the latest applications.

"There's going to be a perception that the phone they have is dumbed down from the one that somebody has in California," said Duncan Clark, chairman of BDA China Ltd., a Beijing-based technology research firm. "We've seen before that Chinese consumers don't like to be treated like second-class citizens."

Apple Inc. and Unicom also could face competition from an unusual source: unlocked iPhones brought in from abroad that have WiFi.

There are already an estimated 1.5 million to 2 million such phones using China Mobile 3G service that allows Internet access and other features.

"We're not just offering the hardware, the handset, but post-sales support and a whole package of services," Song Limei, deputy general manager of Unicom's personal communication division, said at the launch ceremony.

Zhang Yuan, a 25-year-old Beijing magazine editor, was among about 200 people who waited in a chilly wind to buy phones at the ceremony.

"I have been an Apple fan for a long time," she said. "I wouldn't choose a counterfeit or unlocked phone because I wouldn't trust the quality."

Another customer, Yang Yi, a physician at the Chinese capital's Peking Union Hospital, said he didn't worry about the lack of WiFi.

"There are not so many WiFi hotspots around the country anyway," he said.

The iPhone's awkward, delayed entry into China reflects the regulatory and technical hurdles of a fast-changing market where other global technology companies have struggled to establish themselves.

Unicom's iPhones lack WiFi because it was temporarily banned by Beijing, which was promoting a rival Chinese system, according to BDA. The ban was relaxed in May after manufacturing had begun.

A Unicom spokesman, Yi Difei, said the company hopes to have WiFi in the next batch of phones.

"We are talking with Apple and expect the problem to be solved by the end of this year," Yi said.

The iPhone debuted in the United States in June 2007 but its formal arrival in China was delayed as Apple carried on talks with service providers that Chinese media said snagged on disagreements about how to divide revenues.

China has more than 650 million mobile phone accounts, despite an average annual income of $3,000 per person. Some users trade in phones several times a year to get the latest features.

China Unicom has 143 million mobile accounts, which would be an impressive figure in any other market but lags far behind China's Mobile's 508 million accounts.

Gaining a foothold in China has been a challenge for global technology companies that dominate other markets. Search engine Google Inc. has less than 30 percent of the market, versus more than 60 percent for local rival Baidu Inc. Yahoo Inc. turned over its China operation to a local partner after failing to expand its market share.

China's state-owned phone companies were restructured by the communist government into three groups last year in hopes of reviving competition after the explosive popularity of mobile service turned China Mobile into a behemoth.

China Mobile has announced its own smart phone, dubbed the OPhone, and says seven models will be available by next year.

The lack of WiFi means Unicom iPhone customers will have to pay to connect to the phone network for every function. BDA's Clark said that could alienate users if it leads to high monthly bills.

"This could be a real fiasco," he said. 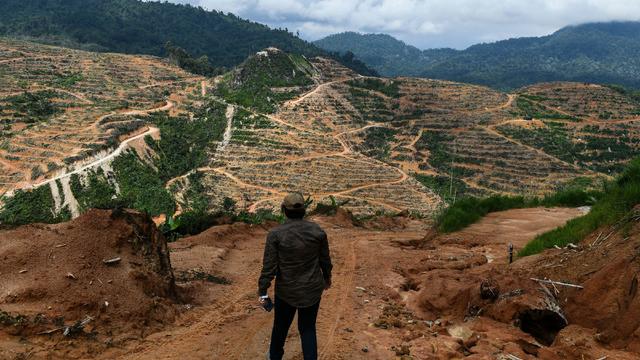