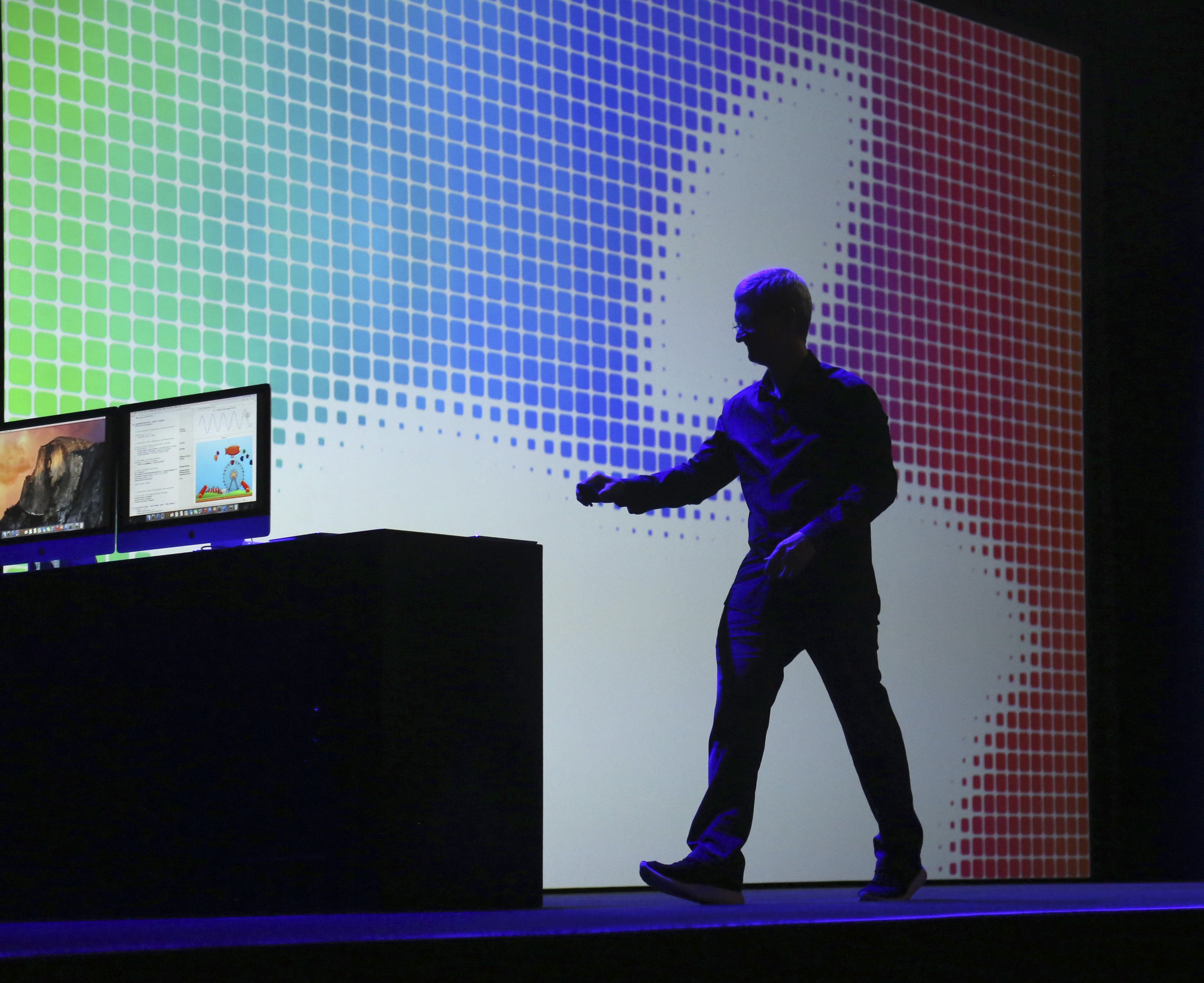 Months of rumors, speculation, excitement and occasional naysaying about the future of Apple will culminate tomorrow as the company makes its biggest product announcements of the year.

At the press event Tuesday in Cupertino, California, Apple is widely expected to introduce its next generation of iPhones as well as a wearable device or smartwatch, the first completely new product developed under CEO Tim Cook.

How big of a deal is it?

"Oh, it's huge," says CNET senior editor Scott Stein. "This is Apple's first product event since last October. So you're looking at basically a year's time for one of the biggest companies out there."

The most visible change to the iPhone is expected to be its size. Instead of the current 4-inch display, most analysts are expecting two different size options: 4.7-inch and 5.5-inch models. In addition, the phone may have a new A8 processor and possibly a highly protective sapphire screen.

"I think the iPhone gets a lot of hype because there's only one model a year, and you end up with all these hopes and wishes put on that one model," Stein told CBS News.

"With Apple now it's really about the big screen. A lot of people are wanting the bigger screen, so sure, you're expecting a bigger screen," Stein said, adding that another big expectation is extended battery life.

One of the most significant new features expected to be incorporated into the iPhone 6 is electronic payment technology that could turn the phone into a digital wallet. According to a recent report by Re/code, Apple has reached an agreement with American Express to work together on a mobile payment system for the new phone, and Bloomberg reports Apple is also partnering with Visa and Mastercard in addition to AmEx.

The mobile payments would reportedly work through a short-distance wireless technology called near-field communication, or NFC, which is already available on many Android devices but has not been built into Apple phones in the past. Re/code also reports that Apple has reached deals with two big drugstore chains, CVS and Walgreens, to start accepting NFC payments at more than 15,000 locations nationwide.

However, digital payments could raise security concerns among many users in the wake of the recent iCloud photo hacking incident."You're not going to use your phone to buy anything if you don't think your data is secure," CNET senior writer Shara Tibken said.

NFC, as well as larger screen sizes, are two features that already exist in Apple's competitors' phones, Stein noted. Samsung, Motorola, LG and others have proven the popularity of larger phones, some approaching the size of mini-tablets.

Even though it may seem that Apple is currently following its competitors rather than leading with such features in their upcoming device, the issue is more complicated than that.

"There are a couple of moments where Apple has been ahead of the pack, with obviously the iPhone, introducing technologies that have never been seen before," Stein said. "But often what Apple will do is wait for technologies to fizzle or struggle and then come out with a perfected element of that."

The likely introduction of Apple's first wearable device is making consumers and industry analysts anticipate the launch event even more. Details of the product's design and functionality have remained closely guarded secrets. Stein has a lot of questions -- "What does it look like? Is it a watch, is it a band, is it high-priced, is it low-priced, are there several of them?" -- all of which will presumably be answered Tuesday.

More importantly, Stein says, are the questions of how it will integrate Apple technology into even more aspects of users' lives.

"What does that connected landscape look like? Because there's a lot of talk about Apple's HealthKit and HomeKit, which are meant for both medical, fitness and smart home territories. Plus there's Apple's connectivity with cars," he said. "Will we see ways in which the phone and the wearables and those elements work together? I think people are curious to see what that will be and if it's easy to use."

Unnamed sources tell 9to5Mac that the wearable device will run third-party apps and may come with its own App Store. The site reports that several developers, including Facebook, were given early access to the software, apparently so their apps could be ready to demonstrate at Tuesday's event.

You can watch the Apple event live on Tuesday beginning at 1 p.m. Eastern/10 a.m. Pacific, or follow CNET's live blog of it here.