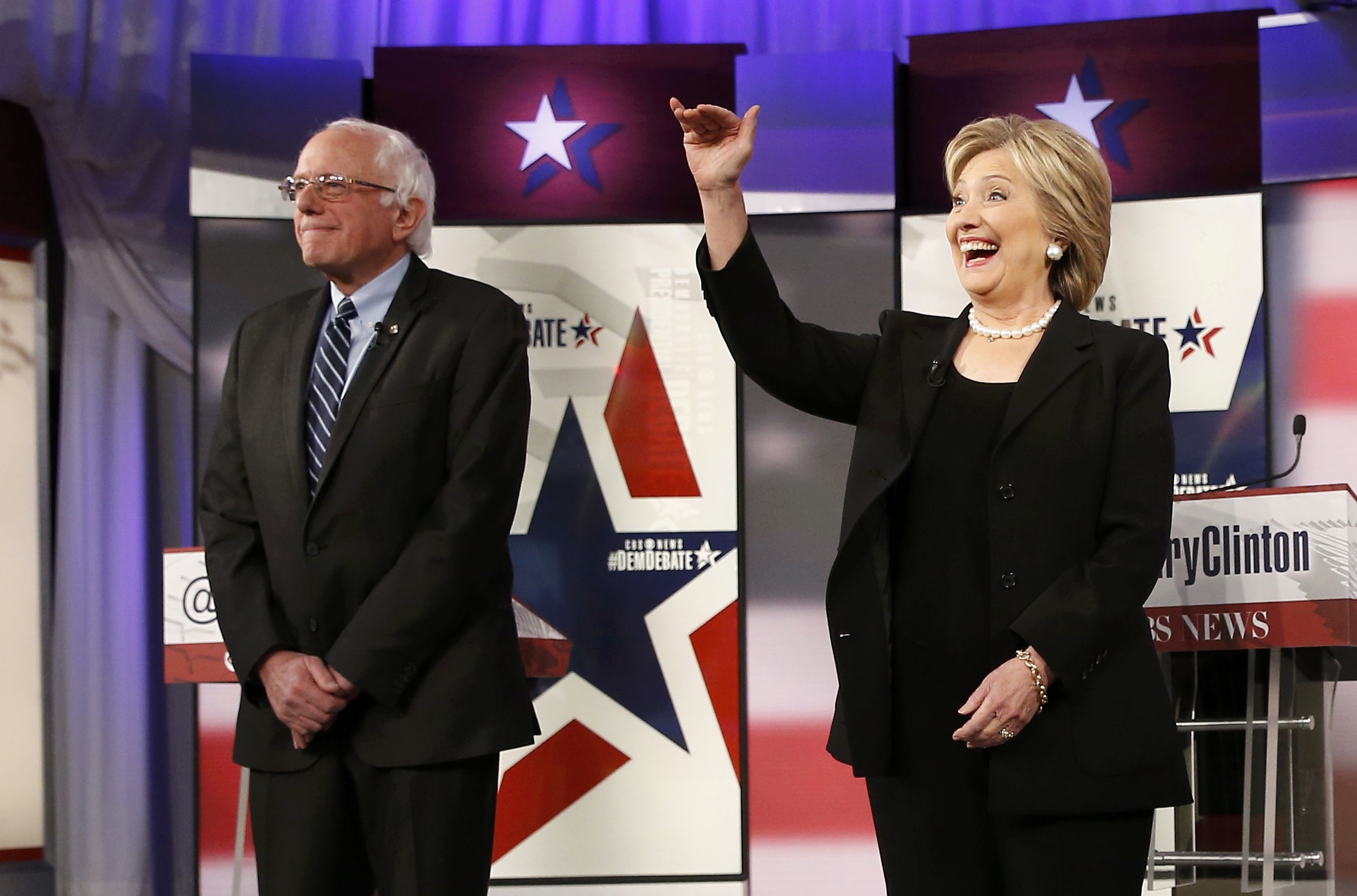 The race between Bernie Sanders and Hillary Clinton has tightened into a virtual tie in Iowa, with Clinton ahead by just two points, according to a new poll.

Clinton has 42 percent support of likely Democratic caucus goers, compared to 40 percent for Sanders, according to a new Bloomberg Politics/Des Moines Register poll released Thursday. In their last poll, Clinton led Sanders by nine points. Now, her narrow lead is within the margin of error.

With less than three weeks before the Iowa caucuses, the race is still in flux. Forty percent of those surveyed say they either haven't made up their minds or could still change their minds about a candidate.

Fifty-seven percent of those surveyed said the election is more about issues than it is about leadership. "Democrats are much more likely than Republicans to say this is an election about issues, rather than leadership. That really explains the division in the party," explained Selzer, according to Bloomberg Politics.

The top issues Democratic caucus-goers, according to the poll, are the economy, civil rights, the wealth gap and national security.

At this point in the race, Sanders is advertising more heavily than Clinton is, according to data from Kantar/CMAG cited by Bloomberg Politics. He has purchased 5,042 spots compared to Clinton's 3,620 over the last month overall, and most of those ads have run in Iowa.

Conducted Jan. 7-10 for Bloomberg Politics and the Des Moines Register by Selzer & Co., the Iowa Poll of 503 likely Democratic caucus-goers has a margin of error of plus or minus 4.4 percentage points.