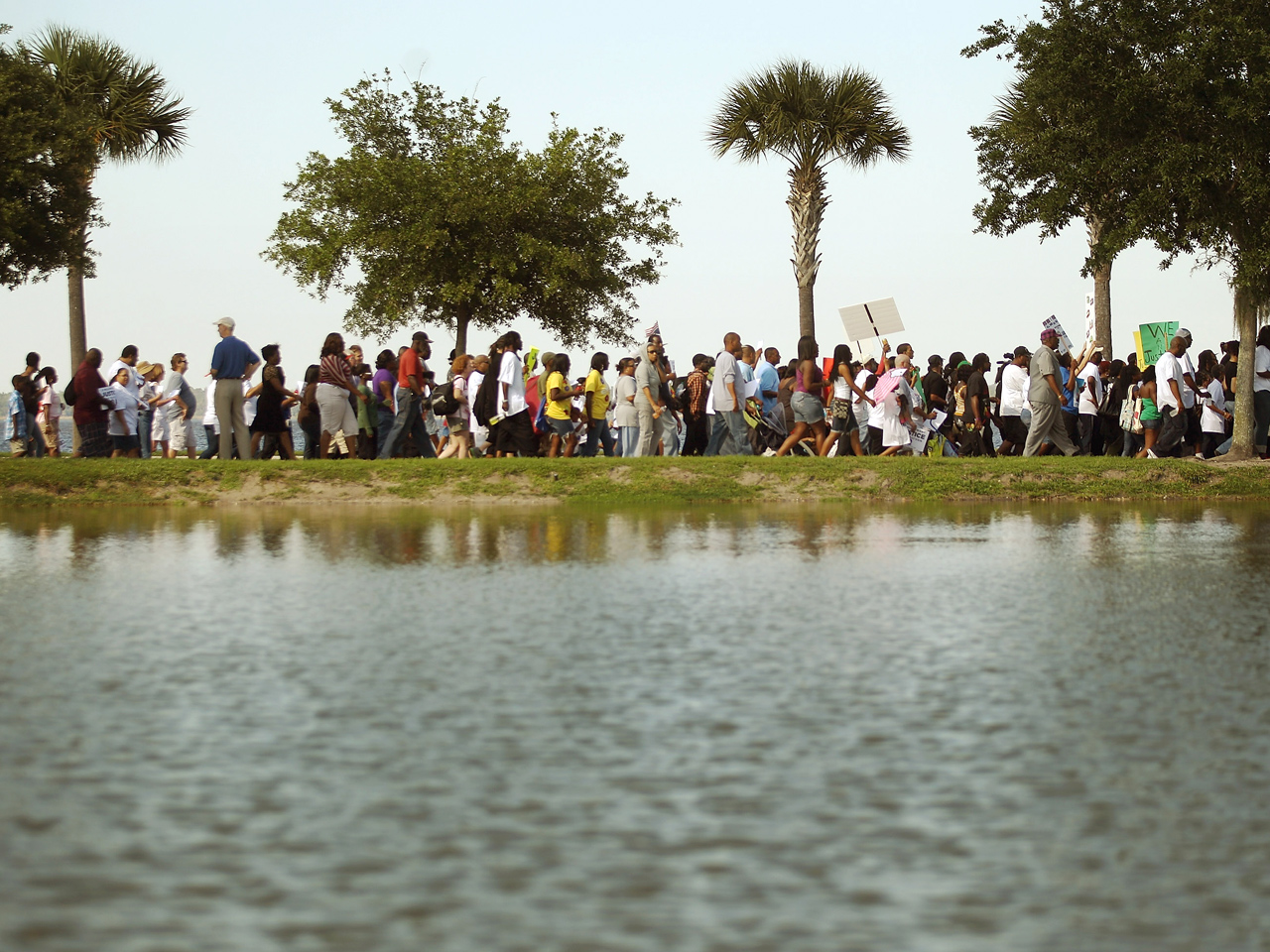 (CBS News) There was another huge rally Monday night in Sanford, Florida, where a neighborhood watch captain shot and killed an unarmed teenager one month ago.

Thousands have gathered outside a city commission meeting to demand an arrest in the case.

CBS News correspondent Mark Strassmann reports that the civic center room where the city commission met holds 600 people, but it was not big enough. So the city set up a jumbotron outside for the overflow crowd, who showed up to demand answers in the shooting that set off a national firestorm.

Trayvon Martin's parents met for the first time on Monday with investigators working with the special prosecutor appointed by Florida's governor.

Angela Corey is a Florida state attorney with a reputation being a tough prosecutor and an expert in homicide cases. She's charged with reviewing what critics complain was a botched, racist investigation by the Sanford Police Department.

Her investigation mandate "includes the power to arrest, to empanel the grand jury to hear evidence and the power to handle this case in all of its relevant aspects."

Pot traces behind Trayvon Martin suspension
Trayvon parents: Son disrespected even in death
Trayvon Martin case escalates into a cause

No witness actually saw their deadly confrontation. Carey told CBS News her team plans to hire a voice recognition expert to figure out whether Zimmerman or Martin was yelling for help on a 911 tape.

"We intend to do everything we possibly can. The family will get answers," Corey said.

Zimmerman has hired a defense lawyer and authorized friends to speak on his behalf. One of them is Joe Oliver, who says Zimmerman told him this weekend he has cried repeatedly about taking Martin's life.

"We don't know what happened from the time George got out of his vehicle and the time the gun went off, but I can tell you race had nothing to do with it," Oliver said.

Right before his death, Martin's Miami-area high school had suspended him for two weeks. His family reluctantly confirmed the reason: a baggie, found in his book bag, had marijuana residue. Martin's parents say it's irrelevant and blame Sanford Police for leaking the information.

"They've killed my son and now they're trying to kill his reputation," Trayvon's mother said.

The same leak reported that in their fight, Martin knocked Zimmerman to the ground with one punch, and began bashing his head against the sidewalk. That's when Zimmerman fired his nine-millimeter.

Sanford Police say the leak was unauthorized, and have started an internal investigation.