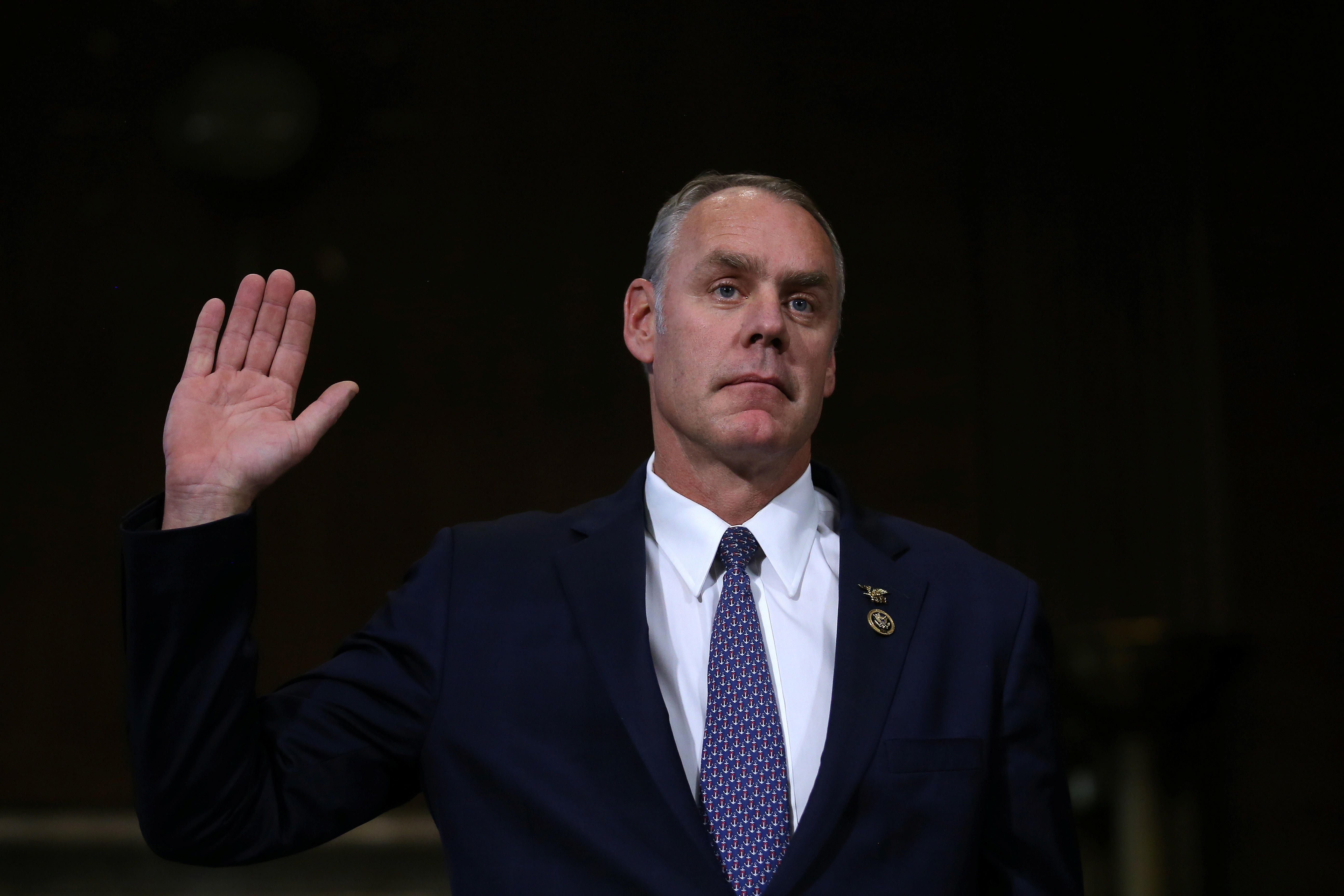 WASHINGTON -- Donald Trump’s choice to head the Interior Department on Tuesday rejected the president-elect’s past claim that climate change is a hoax, saying it is indisputable that environmental changes are affecting the world’s temperature and human activity is a major reason.

“The climate is changing; man is an influence,” the Montana Republican said. “I think where there’s debate is what that influence is and what can we do about it.”

Mr. Trump has suggested in recent weeks he’s keeping an open mind on the issue and may reconsider a campaign pledge to back away from a 2015 Paris agreement that calls for global reductions in greenhouse gas emissions.

In contradicting the president-elect, Zinke cited Glacier National Park in his home state as a prime example of the effects of climate change, noting that glaciers there have receded in his lifetime and even from one visit to the next.

Still, he told Sen. Bernie Sanders, I-Vt., that there is debate about how much humans have influenced the climate.

Zinke is not the first of the Cabinet nominees to contradict the president-elect, a fact that does not seem to bother Mr. Trump. He told reporters gathered at Trump Tower Friday that he had instructed his appointees to “be yourselves and say what you want to say.”

Likely to win Senate confirmation, Zinke, 55, sketched out a variety of purposes for the nation’s vast federal lands, from hiking, hunting, fishing and camping to harvesting timber and mining for coal and other energy sources.

The Interior Department and other U.S. agencies control almost a third of land in the West and even more of the underground “mineral estate” that holds vast amounts of coal, oil and natural gas.

An admirer of President Theodore Roosevelt, Zinke said management of federal lands should be done under a “multiple-use” model set forth by Gifford Pinchot, a longtime Roosevelt associate and the first chief of the U.S. Forest Service.

Zinke also pledged to tackle an estimated $12 billion backlog in maintenance and repair at national parks, saying parks and other public lands should be a key part of Trump’s infrastructure improvement plan.

But the former Navy SEAL said his most important task at Interior will be to “restore trust” between the agency and the states and Indian tribes it serves.

Zinke has said he would never sell, give away or transfer public lands - a crucial stance in his home state of Montana and the rest of the West where access to hunting and fishing is considered sacrosanct. Zinke feels so strongly that he resigned as a delegate to the Republican National Convention last summer because of the GOP’s position in favor of land transfers to state or private groups.

Even so, Zinke’s position on public lands came under fire this month after he voted in favor of a measure from House Republicans that would allow federal land transfers to be considered cost-free and budget-neutral, making it easier for drilling and development.

The Interior nominee “says he’s against transfer of federal lands, but there’s a big gap between what he says and what he does in that regard,” said Michael Brune, executive director of the Sierra Club, the nation’s oldest and largest environmental group.

Zinke told senators Tuesday that he flatly opposes all sales or transfer of federal lands.

Indeed, his support for public lands was a crucial reason why Zinke was chosen by President-elect Trump. The president-elect and son Donald Trump Jr. both oppose sale of federal lands. The younger Trump, an avid hunter, has taken a keen interest in Interior Department issues and played a key role in Zinke’s selection.

Washington Sen. Maria Cantwell, the top Democrat on the energy panel, asked Zinke about modernizing the federal coal program, saying it was important “to make sure American taxpayers aren’t short-changed for the benefit of corporate interests.”

Zinke promised to review the coal program and said he thinks taxpayers “should always get fair value,” whether it’s coal, wind power or other energy sources.

Zinke also pledged to work with members of Congress on proposed national monuments such as the Bears Ears monument recently designated in Utah. The state’s Republican delegation fiercely opposes the monument created by President Obama.

“I think a monument, when it falls in a state, I think the state should have a say on it,” Zinke said.