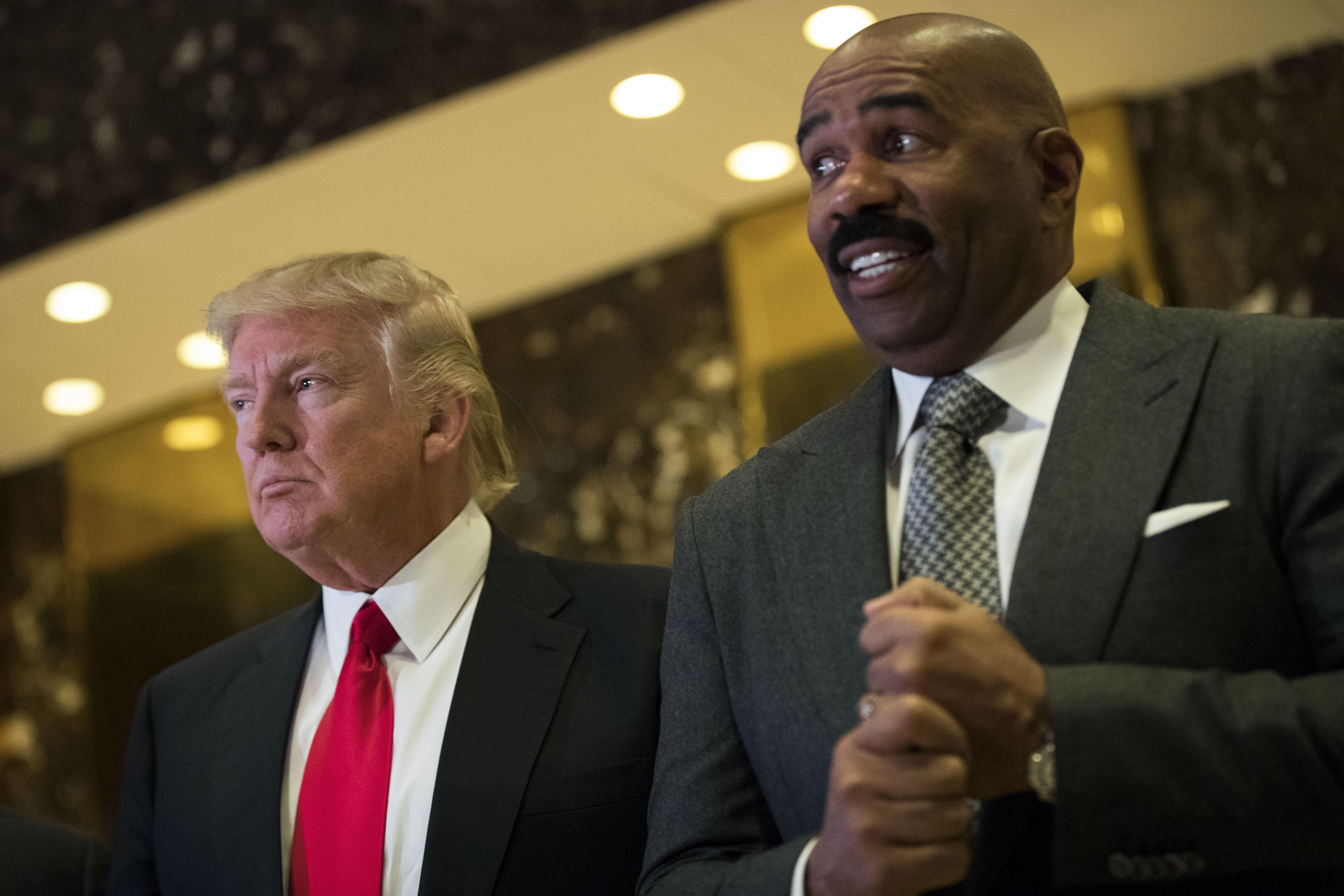 President-elect Donald Trump is apparently comfortable with his cabinet nominees’ divergence from his opinions. Asked how he felt about some of his designated cabinet members’ direct contradictions of his own professed policy positions, Mr. Trump swatted away any concerns.

He told reporters gathered at Trump Tower Friday that he had instructed his appointees to “be yourselves and say what you want to say.”

Also on Friday, comedian Steve Harvey met with Donald Trump to discuss how the talk show and game show host could best assist Ben Carson, the president-elect’s nominee to lead the Department of Housing and Urban Development (HUD).

Harvey told reporters Friday that he was introduced over the phone to Carson, fresh off his Senate confirmation hearing.

“We’re gonna team up and see if we can bring about some positive change in the inner cities,” Harvey said, following his meeting with Mr. Trump.

Calling it a “successful” meeting with the president-elect, Harvey added that he would like to “do some things on all of the major inner cities to see if we can bring about some change and help some of these young people out.”

Harvey indicated that for him and Carson, Chicago and Detroit would be a focus for any inner city programs he assists with.

But the “Family Feud” host seemed to reject an official role in Mr. Trump’s administration, ribbing that “I ain’t gonna pass a background check.”

Asked if he would ever consider the Trump family to be contestants on “Family Feud,” Harvey joked that their appearance would “be skyrocketing for the ratings” and laughingly suggested pitting them against the Obamas.

Harvey, who has recently come under fire for some racially insensitive remarks about Asian men, said he doesn’t plan to be at Mr. Trump’s inauguration.