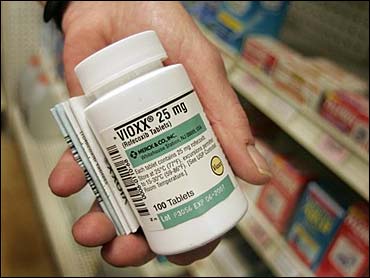 At least five medications now sold to consumers pose such risks that their sale should be limited or stopped, said a government drug reviewer who raised safety questions earlier about the arthritis drug Vioxx.

In testimony Thursday before a Senate committee, Food and Drug Administration reviewer Dr. David Graham cited Meridia, Crestor, Accutane, Bextra and Serevent. Drug makers defended the use and safety of their products.

"I would argue that the FDA as currently configured is incapable of protecting America against another Vioxx," Graham, a 20-year FDA doctor, said before the Senate Finance Committee.

In October, the FDA ordered that all antidepressants carry warnings that they "increase the risk of suicidal thinking and behavior" in children who take them. Vioxx's maker, Merck & Co. pulled the drug from the market on Sept. 30 after a study indicated the popular painkiller doubled the risk of heart attacks and stroke when taken for longer than 18 months.

The committee chairman, Sen. Charles Grassley, suggested an independent board of drug safety might be needed to ensure the safety of medications after FDA approval. An "awful lot of red flags" were raised before Vioxx was withdrawn, said Grassley, R-Iowa., and the agency disdained, rather than listened to, its own reviewers.

Graham contended that FDA has an inherent conflict of interest that triggers "denial, rejection and heat" when safety questions emerge about products it has approved.

Sharyl Attkisson reports
that Graham blames a FDA culture where supervisors intimidate scientists who uncover drug dangers, and pressure them to change their conclusions. When he determined Vioxx was a danger, he says his FDA bosses frowned on the results and refused to act. FDA was still defending Vioxx when Merck finally pulled the drug.

The FDA's statement disturbed lawyer Andy Birchfield, who is evaluating thousands of potential cases against Merck on behalf of injured patients.

"How can they see that type of problem and look back and say 'We did everything right'?" Birchfield said. "When they're not willing to recognize mistakes, we have no hope for them voluntarily taking measures to correct the situation."

Graham is an experienced doctor, who was lead author on a research project that studied the records of almost 1.4 million Kaiser Permanente patients, including 40,405 treated with Pfizer's Celebrex and 26,748 treated with Vioxx. The study found that high doses of Vioxx tripled risks of heart attacks and sudden cardiac death.

Vioxx was responsible for an additional 27,785 deaths from heart ailments from 1999 to 2003, Graham concluded.

In his view, the five most worrisome drugs that demand speedy action: