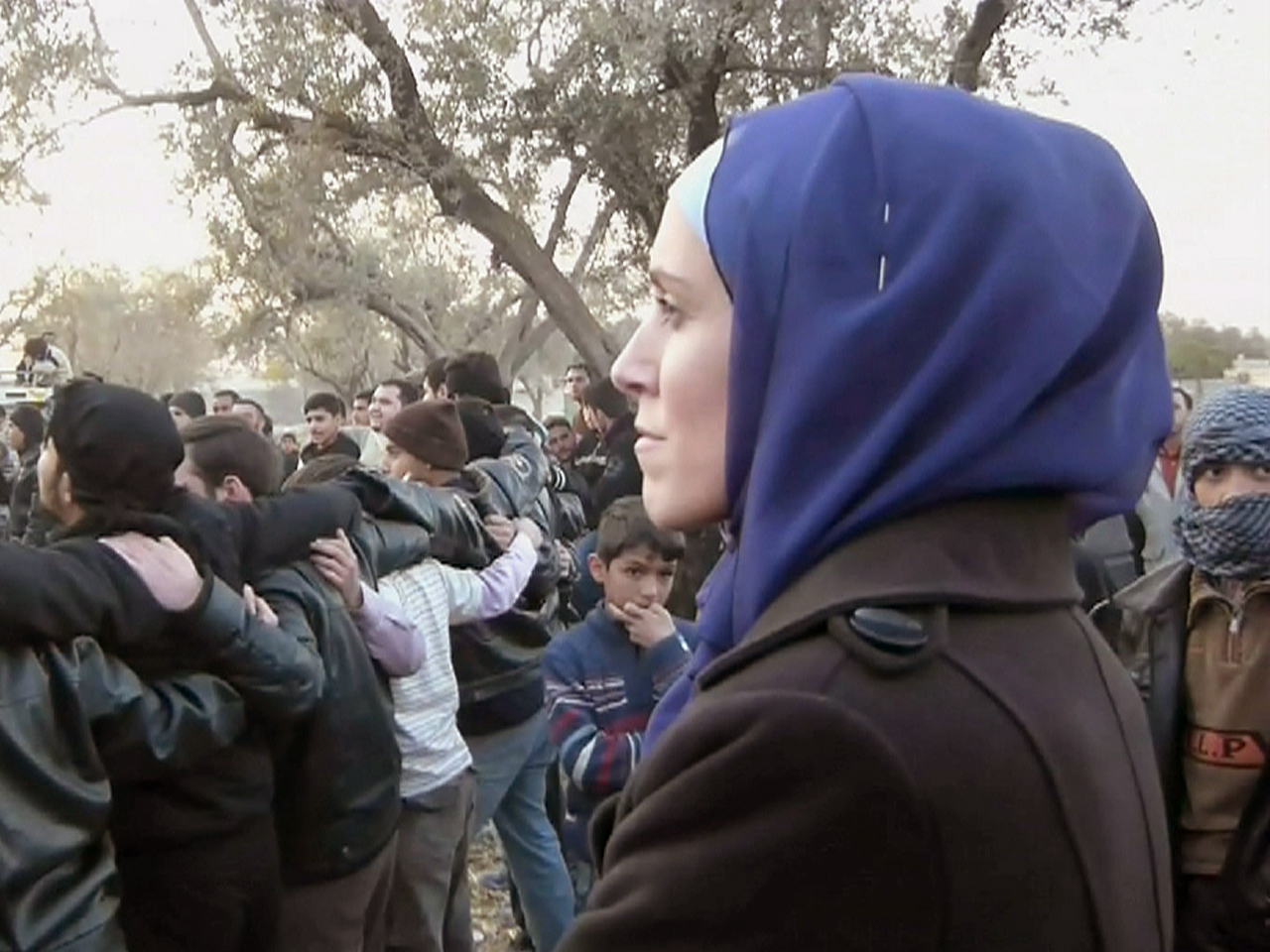 Tune in to the CBS Evening News at 6:30 p.m. ET tonight for Clarissa Ward's second report from inside Syria, where an 8-month government crackdown has become a civil war with more than 4,000 deaths, according to the United Nations. Click here to see her first report, on the people behind the revolution.

Within hours of meeting up with pro-democracy activists in Syria, I found myself at a protest on the outskirts of Damascus. It was a Friday, the day when most of the big protests take place across the country, and the army was out in full force.

President Assad has repeatedly said life in Damascus continues as normal, that there is no military presence on the streets. But drive just 20 minutes from the heart of the capital and there are checkpoints every few blocks, with soldiers checking the ID cards of drivers.

Almost all of the activists with whom I spent time are wanted by the regime. Getting stopped at a checkpoint would have meant certain arrest.

In order to move around the city, they've come up with clever ways of avoiding checkpoints, relying on networks of spotters who can tell them which roads to steer clear of.

But in spite of their best efforts while driving along the roads dotted with soldiers, there were moments fraught with tense concentration. The silence in the car was interrupted by the sound of someone lighting a cigarette, and the driver mumbling to himself about directions.

We arrived safely at the mosque where the protest was to take place and another activist hopped into the car to discuss the plan. He warned that soldiers were only 300 yards away, so the protesters would only be able to march a short distance - close enough for their voices to be heard by the regime's guardians, but far enough away that they could quickly disperse, should the military respond.

I was dispatched to a balcony to watch the protest with the women. They cautiously peered through the curtains at the men gathering below.

"Hey, yella, hey, yella, we fear no one but Allah," a man began chanting, the voices vibrating with emotion. (Yella is a difficult word to translate into English but it basically means "come on" or "let's go.")

A group hoisted one man onto their shoulders and he began to lead the chant, his fist pumping in the air.

"Hey yella, hey yella, we will be victorious," he shouted. The crowd intoned his words enthusiastically.

There were not more than a hundred or so men, but it was startling to think that similar small protests were going on across the suburbs surrounding Damascus.

The men ended their protest by shouting "Allahu Akbar," growing louder and louder, knowing their voices could be heard by the military just a few hundred yards away.

Then someone shouted "shabiha," the name used for the pro-Assad militias who are known for their cruelty. The word literally means thugs but is a play on the Arabic for the word ghost - a fitting description for these heavily armed men who wear no uniforms and seemingly appear out of thin air.

Panic set in, the men started running. In the apartment where I was watching everything from above, the small children began crying and the women pleaded to God, throwing their hands up in the air and wailing, "ya Allah, ya Allah."

I tried to think of what to do with my camera, but my heart was racing and my mind was blank. I reached for the memory card I had been using and replaced it with another filled with innocent looking tourism snaps I'd taken.

Five long minutes later, my activist contact came up to give the all-clear. The shabiha were gone.

The children stopped crying and the women calmed down and invited me to drink coffee with them. They seemed accustomed to this roller coaster of a life - one minute shrieking in fear that their men would be killed, and the next playing host to a guest.

For them, it was just another Friday.