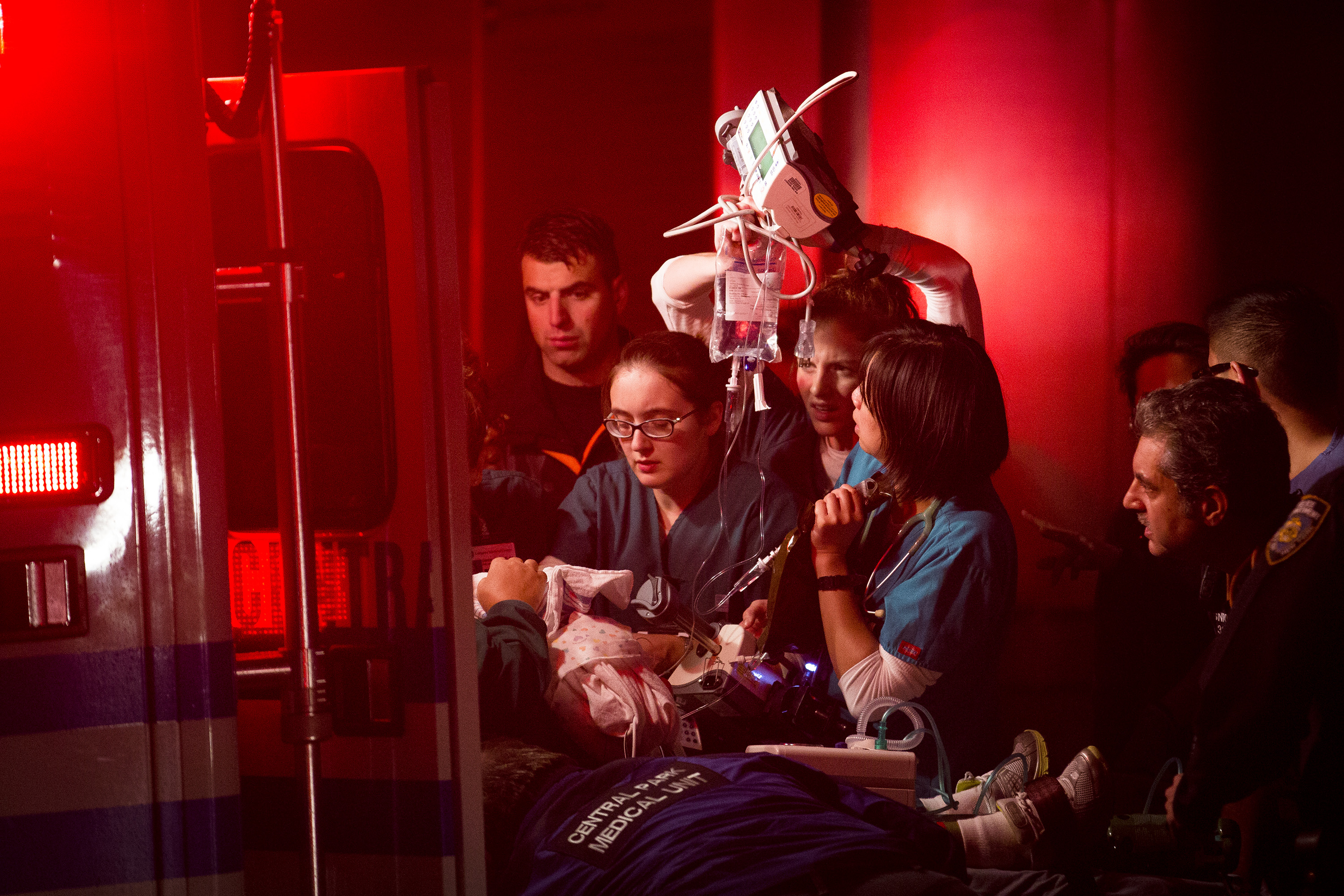 (CBS News) It was an extraordinary scene at NYU Langone Medical Center after the main and backup power generators failed. The stakes could not have been higher. When I arrived shortly before midnight yesterday, the lobby was filled with doctors, nurses, police officers, firefighters, and a command team of medical center personnel headed by Dr. Robert Grossman, the Dean and CEO of the medical center. They were all racing against time to try to transfer approximately 200 patients out of the Tisch Building. That included 20 newborns - four with breathing tubes - in the intensive care unit, or ICU. Those infants were swaddled in blankets and carefully carried with intravenous lines, oxygen, and monitoring devices attached. I saw a 29-week-old premature being held by a nurse who held an oxygen mask to his face. Anxious faces of parents and family members dotted the lobby.

Many patients were too sick to walk down the narrow staircase to the lobby. They were painstakingly carried on plastic sleds - one by one - by teams of four to five people from as high up as the 17th floor. I went to several of the floors with Dr. Mark Pochapin, the director of the Division of Gastroenterology at NYU. He was one of a team of people making sure that communication flowed and that everybody was accounted for. The intensive care unit was already evacuated when I arrived. Lit only by my flashlight, filled with crumpled blankets and other evidence of a hasty retreat, it appeared eerie to me - like a scene in a movie where a cup of still-warm-coffee tells the detective that somebody had been in a room only minutes before. But this was undeniably real life and the clock was ticking as the team of workers raced to evacuate the patients.

I was told by a spokesperson for NYU Tuesday morning that all but 50 patients have been transferred to local hospitals such as Cornell, Mt. Sinai, Memorial Sloan Kettering, North Shore Lenox Hill, and Hospital for Joint Diseases. The remaining 50 are expected to be transferred by about 10:00 a.m. Tuesday. I am awaiting details about how the patients are holding up. But given the potential for catastrophe when the evening began, the extraordinary efforts of the response team appear to have averted disaster.

Jonathan LaPook, M.D., is a medical correspondent for CBS News. He is a board-certified physician in internal medicine and gastroenterology. He is a Clinical Professor of Medicine at Columbia University Medical Center and has an active medical practice in New York City.

The Storm after the Storm
More
Jon LaPook