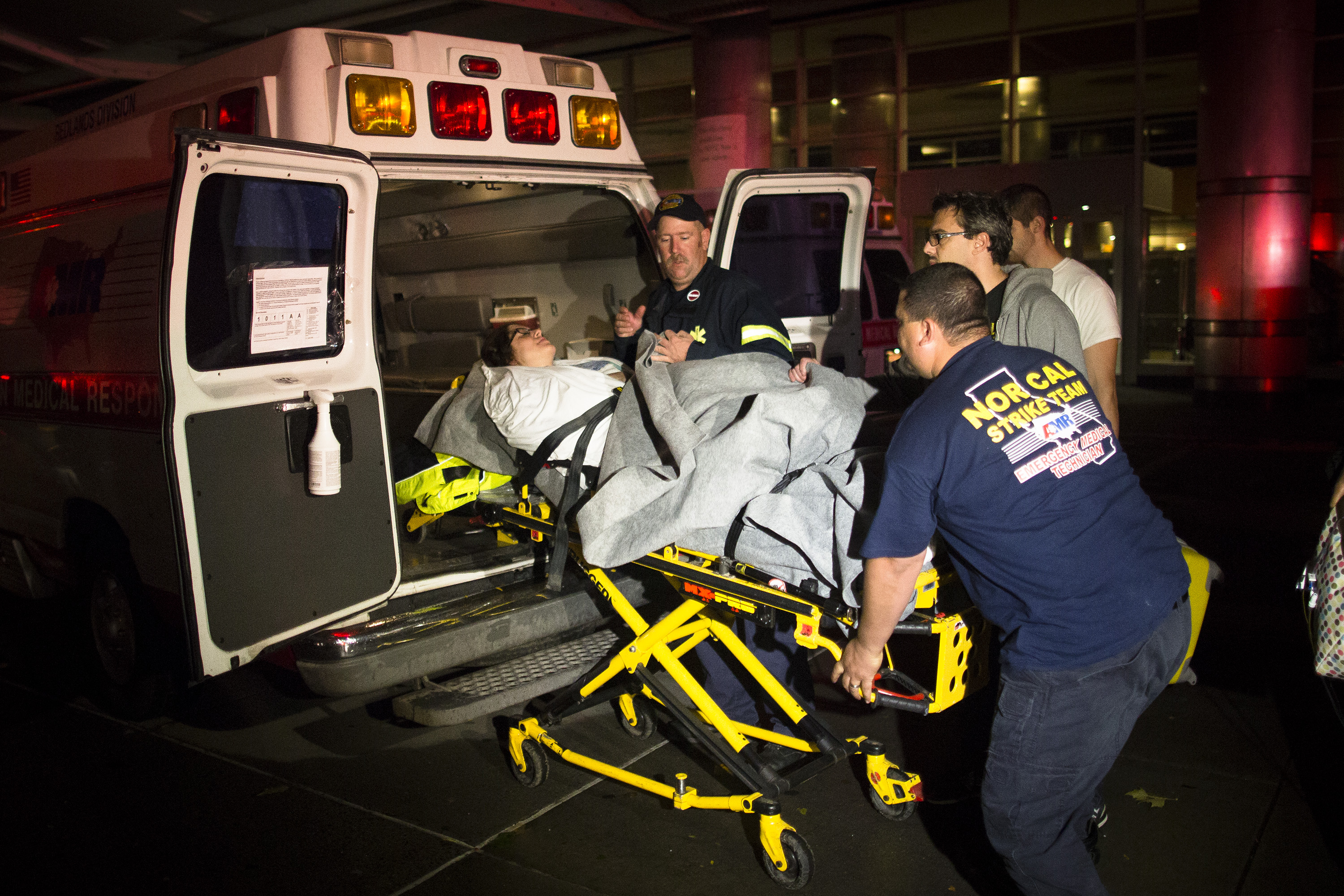 NEW YORK Backup generators failed at a New York City hospital Monday night, forcing it to move out more than 200 patients, including 20 babies from the neonatal intensive care unit.

Dozens of ambulances lined up around the block outside New York University Tisch Hospital as doctors and nurses began the slow process of evacuation. They started with the sickest and youngest. Some were on respirators operating on battery power.

"It's a challenging situation," NYU Medical Dean Robert Grossman told CBS New York station WCBS-TV. "We drill all the time for this kind of thing. But this isn't a drill. This is the real thing."

LaPook, who was among those who came to the scene to help Monday night, reports that the hospital has a generator on its roof and another on a lower level. When the lower generator failed, a pump fueling the roof generator also failed, rendering it useless, LaPook reports.

The hospital wasn't completely evacuated. LaPook reports that all but 50 of the hospital's patients were transferred.

Much of lower Manhattan was plunged into darkness by superstorm Sandy, a monstrous hybrid system that swept across a huge swath of the Eastern U.S.

Power went down from 39th Street south to the southern tip of the island - a region that includes the hospital, WCBS-TV reports. Backup generators were in operation, but started to fail in the 11 p.m. hour, and an evacuation began.

Most of the power outages were due to an explosion at an electrical substation, officials at Consolidated Edison said. It wasn't clear whether flooding or flying debris caused the explosion, said John Miksad, senior vice president for electric operations at Con Edison.

Without power, there are no elevators, meaning patients - some of whom are being treated for cancer and other serious illnesses - must be fully carried down staircases, Grossman said.

As the patients were evacuated, gusts of wind blew their blankets. Nurses and staff huddled around the patients, some holding IVs and other equipment.

Ambulances came from around the city to help transport the sick. Patients were taken to other hospitals including Mount Sinai and the Memorial Sloan-Kettering Cancer Center.