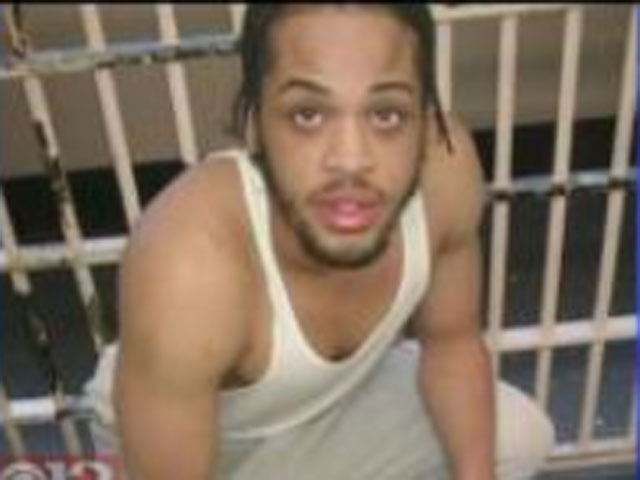 (CBS) BALTIMORE - You might want to unfriend this guy.

Police say Charles Johnson killed three teenagers when he crashed a stolen car, but the family of one of the victims says Johnson is still posting on Facebook - from behind bars.

The profile picture on Charles Johnson's Facebook page shows him in jail, according to CBS Baltimore.

The family of 18-year-old Kevin Thomas says the man who killed their son has even been talking about his case with one of the star witnesses. The Facebook page says the postings are coming from a mobile phone.

"How could he be doing that? If our kid's got killed, how can he have a life in jail, have a phone and be on Facebook?," asked Helen Dunnigan, Thomas' mother.

At one point - talking about his case - Johnson writes, 'Take a dime and the charges disappear," CBS Baltimore reports.

"So what good is a witness if he's associating with a person that he's supposed to be testifying against?" Nelson Thomas, Kevin Thomas' father, said.

Corrections officials told the station its staff "is putting its full resources into this investigation." They say if the accusations are true, Johnson will be prosecuted.

Jail officials say they have not found a cell phone on Johnson. Without that, they have no way of telling whether it was actually him posting from prison.

Last week, Johnson was found not guilty on three counts of manslaughter. He was convicted on lesser charges.

Last year, the Division of Corrections seized more than 1,300 contraband cell phones from the prison system, including 456 from the Baltimore Detention Center.