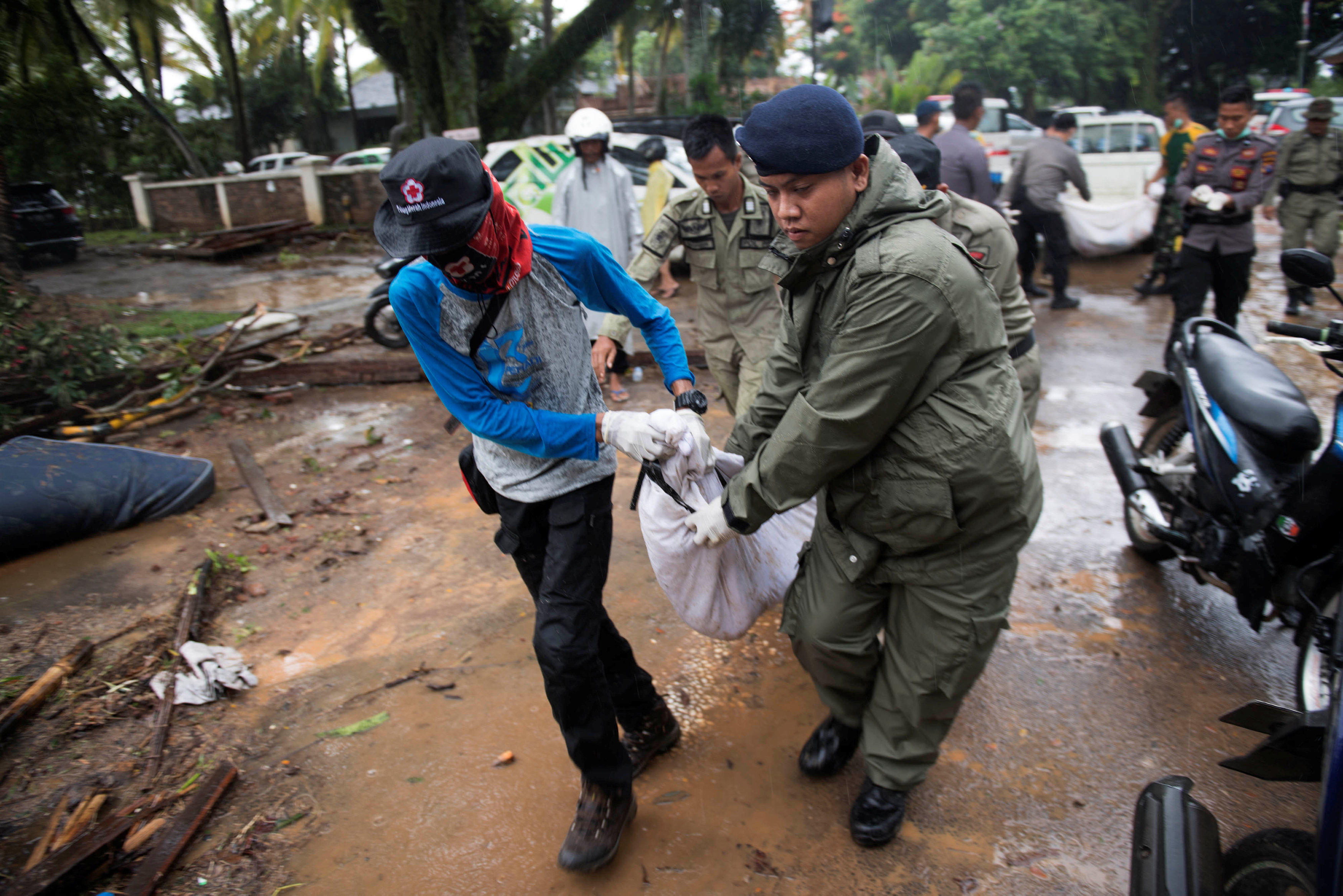 Dramatic video posted on social media appeared to show concertgoers screaming as tsunami waves crashed into a beachside concert in Indonesia, sweeping band members off a collapsing stage. The video showed the Indonesian pop band "Seventeen" performing under a tent on a popular beach at a concert for employees of a state-owned electricity company before disaster struck.

Dozens of people sat listening at tables covered in white cloths while others bobbed to the music near the stage as bright strobe lights flashed and theatrical smoke was released. A child could also be seen wandering through the crowd.

Seconds later, with the drummer pounding just as the next song was about to begin, the stage suddenly heaved forward and buckled under the force of the water, tossing the band and its equipment into the audience.

The video cuts off moments after the tsunami hits.

The group released a statement saying their bass player, guitarist and road manager were found dead, while two other band members and the wife of one of the performers remained missing.

"The tide rose to the surface and dragged all the people on site," the statement said. "Unfortunately, when the current receded our members were unable to save themselves while some did not find a place to hold on."

Zack, a crew member for the band, said in an Instagram that he could only pray as he struggled underwater, Reuters reported.

"In the final seconds I almost ran out of breath," he told Reuters, adding he managed to survive by clinging to part of the stage.

Reuters reports that about 200 employees of the electricity utility PLN and family members had gathered at the Tanjung Lesung beach for a party. PLN said 29 employees and relatives had died and 13 were missing.

In all, at least 222 people are dead and hundreds others missing after an eruption of one of the world's most infamous volcanic islands is believed to have triggered the tsunami.