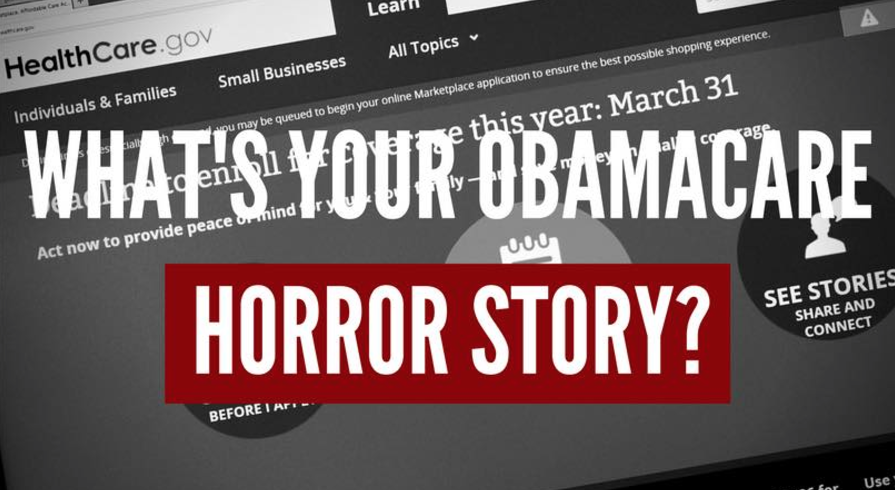 In an attempt to garner support for Senate Republicans' health care plan, the Better Care Reconciliation Act (BCRA), the Indiana Republican Party issued a call for residents to share their "Obamacare horror stories" on its Facebook page.

The responses, however, were not exactly what they had hoped for.

"Unable to purchase health insurance on the private market due to pre-existing conditions, we have affordable coverage now with great doctors and great care," wrote Kim Wheeler.

"Thanks to ACA I was able to find coverage while I was unemployed," commented Todd Sanzone.

"My premiums went way down and I didn't need to switch any doctors, Obamacare has been the great thing in my life," added Harry Leaf.

The post, many of which received an overwhelming majority of comments in support of the Affordable Care Act, was shared over 5,000 times and got over 7,000 responses from commenters.

While few posts actually had a "horror story" to share, some pressed Republicans to fix the ACA's shortcomings, like Laura Ann Williams who urged the GOP to "fix it and make it better" or Shonnessy Gilmore who said the ACA "needs tweaking."

Kyle Hupfer, Indiana Republican Party State Chairman, told CBS News in a statement that the responses supporting the ACA were prompted by DNC-affiliated groups sharing the post over social media.

"This is what you would expect when Democratic National Committee affiliated groups begin to share the message across social media and ask their folks to engage," said Hupfer. He added, "What we know is that these responses do not represent the majority of Hoosiers who, when asked, time and time again say they want Obamacare repealed."

Pete Seat, Executive Director of Strategic Communications for the Indiana Republican Party, echoed Hupfer's statement, telling CBS News that the page had in fact received "a number of responses via private message and email" that were not included in the comments.

"There are those who view health care as a deeply personal and private matter and wanted to share their story accordingly," added Seat.

He added,  "The overwhelming majority of Hoosiers want to protect and improve the ACA, and we'll stand against Republican attempts to take away healthcare from 22 million Americans."

Sabrina Singh, DNC Deputy Communications Director added in a statement that the Republicans plan "clearly backfired" as thousands expressed their support for the ACA.

"Poll after poll shows dwindling support for this Republican bill that is unconscionably cruel and would hurt America's workers, women, children, seniors and middle class families, all while the wealthiest Americans cash in from big tax breaks. Republicans who support this bill will be held accountable by their constituents from now until Election Day."

According to a NPR/PBS NewsHour/Marist poll released late last month, a majority of the public currently disapprove of the Senate's replacement for the ACA.

The survey found that of 1,205 adults between June 21 and 25 surveyed, 55 percent of people said they disapprove of the Better Care Reconciliation Act (BCRA), while 17 percent said that they approve of the measure. About a quarter, meanwhile, said they hadn't heard enough about the plan to have an opinion on it.

While lawmakers are back home for the July 4 recess, some Republicans have been facing angry constituents at town halls and public events, including Senator Bill Cassidy, R-Louisiana, who twenty minutes into one event, was called on to "vote against that hideous bill," according to The Hill newspaper.

Republicans who have come out against the bill, including Sens. Shelly Moore Capito of West Virginia and Rob Portman of Ohio, have been avoiding public events altogether around the July 4 holiday weekend.

Just before the recess, Republican leadership delayed a vote on the legislation until after the week-long break, when it was clear the bill lacked enough support to pass.