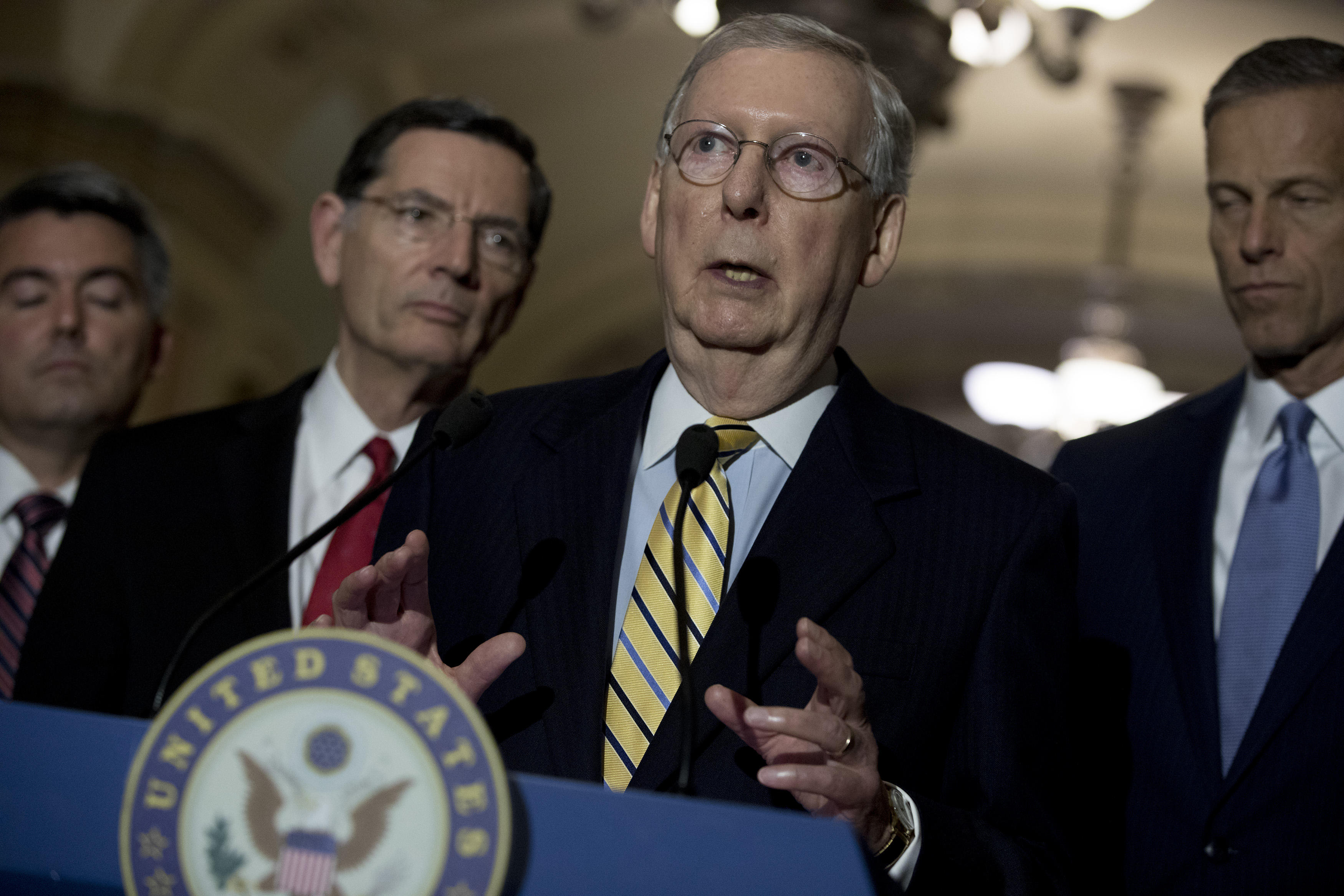 Senate Republican leaders are aiming to have a revised health care bill crafted by Friday so that it can be scored over the July 4 recess, but the lack of consensus is making achieving that goal challenging.

Following a closed-door Senate GOP Conference lunch Wednesday, Senate Majority Whip John Cornyn, R-Texas, said the goal by Friday is "to get a bill that we can then get scored." Cornyn, however, cautioned that the issues at play are "all up in the air until we can find a way to build consensus to 50 votes."

Sen. Susan Collins, R-Maine, who's opposed to the current version, said it's "going to be very difficult" to reach a health care deal in the next two days.

"I think it's going to be very difficult, but clearly, meetings like this where people have a chance to advance their ideas and have a full debate on them are valuable in trying to reach an agreement. I personally think it's going to be difficult so you never know," said Collins, who came out the measure Monday after the Congressional Budget Office's projection that it would leave 22 million more people without coverage over the next decade.

Sen. Ted Cruz, R-Texas, who was among the first to oppose the bill last week, said he hopes the Senate can produce a new bill by Friday and that he hopes it involves reducing premiums to a greater extent. Cruz said he believes the 52 Republicans in the Senate can come together to find the 50 votes needed for the bill, "but it's going to take everyone being willing to give and come together behind shared principles."

"Everybody from the most conservative members to the most moderate members recognize that we're going to have to give some," Cruz said. "We're going to get less than 100 percent of what we want. That's the only way you can bring together a majority."

Several other senators who have expressed concerns about the original version are unsure if leadership can meet their Friday deadline.

Sen. John McCain, R-Arizona, admitted Wednesday that "of course" he's a question mark: "I always have been," he said. "I'm a Medicaid state, our governor wants changes made to the plan and I want to support those changes."

Senators were expected to vote on the bill this week before their week-long July 4 recess, but Senate Majority Leader Mitch McConnell, R-Kentucky, decided Tuesday to delay the vote until they return. Leadership was struggling to secure enough support to advance the bill to a final vote.