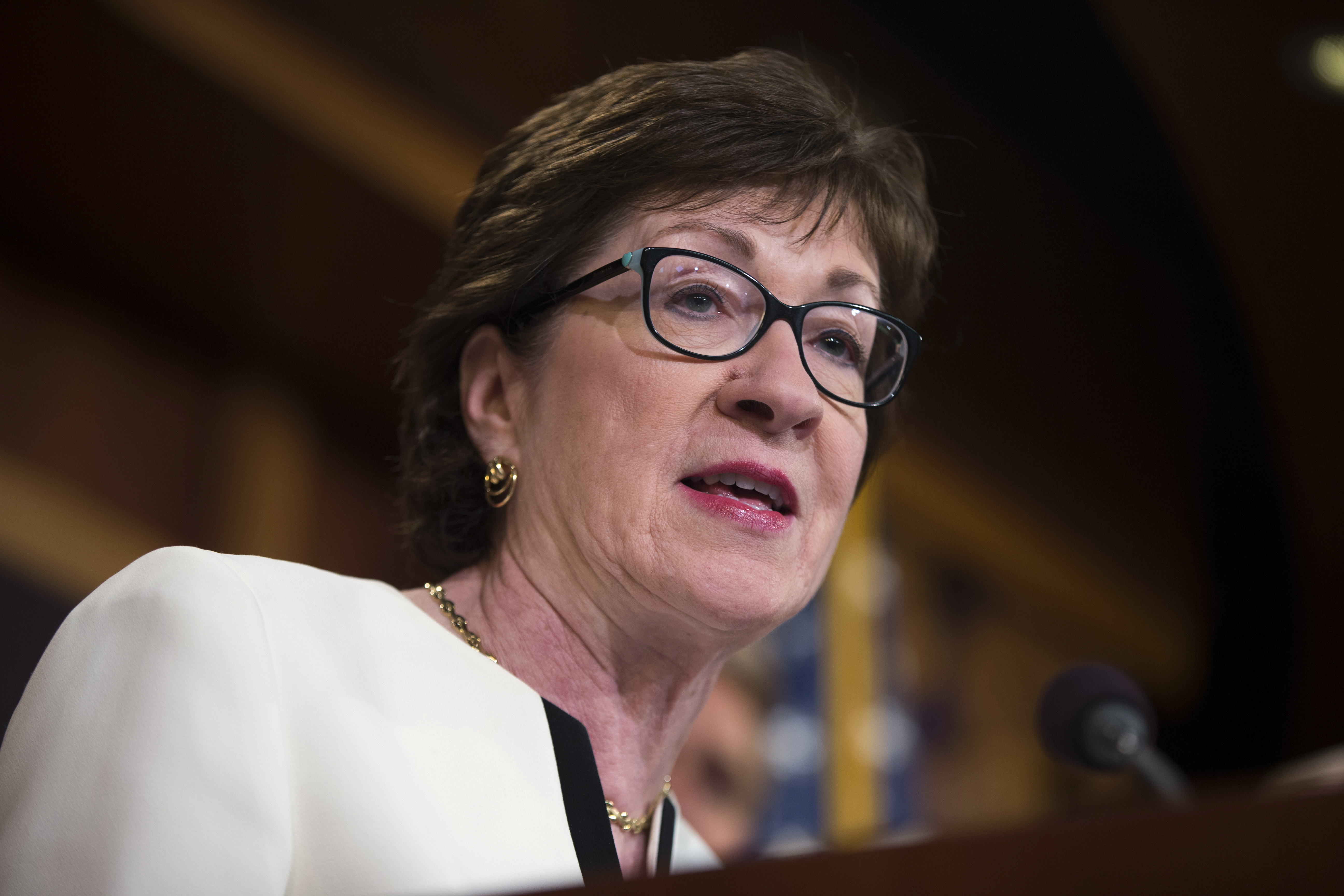 Senate Republicans across the country have been spending their recess from Washington in a variety of ways: facing their constituents in person or avoiding them amid the fight over health care.

Two who chose the former -- Sens. Lisa Murkowski of Alaska and Susan Collins of Maine -- walked in July 4 parades Tuesday in which residents in their respective states applauded them for their stances on the current GOP plan to repeal and replace Obamacare, according to The Washington Post. Murkowski, who's remained undecided, received a number of health care-related questions during her parade appearance, the report said; Collins said she was thanked repeatedly during the parade in Eastport, Maine for opposing it.

"I heard over and over again, encouragement for my stand against the current version of the Senate and House health care bills," she told the Post. "People were thanking me, over and over again. 'Thank you, Susan!' 'Stay strong, Susan!'"

Collins told The New York Times that in the 15 years she marched in the town's parade, she has never seen constituents so focused on one issue.

Sen. Bill Cassidy, R-Louisiana, who has been undecided about the current measure, faced angry constituents at a town hall on Friday, according to The Hill newspaper. Twenty minutes into the event, someone called on Cassidy to "vote against that hideous bill."

Some of their Senate colleagues have been under the radar. Sen. Shelley Moore Capito, R-West Virginia, was not at a July 4 parade on Tuesday in her state, according to The New York Times and Sen. Rob Portman, R-Ohio, had no events in his state either. Both of them came out against the original bill.

Meanwhile, Sen. Chuck Grassley, R-Iowa, has scheduled nine town halls in his state during the recess, the Times' report said, and Sen. Jerry Moran, R-Kansas, will hold three town halls. Moran came out against the Senate bill after Senate Majority Leader Mitch McConnell, R-Kentucky, decided to postpone a vote on the legislation until after their week-long recess.

"But if, politically, for some reason, we can't get that done, what we ought to do is get back to what I have been suggesting for the last six months, which is to push full repeal and then embark on a iterative, step-by-step process to decide what comes next," he said in an interview that aired Sunday with CBS's "Face the Nation." "Sometimes, when you lump too many things into one piece of legislation, you doom its likelihood of success. And I fear that that might be where we are today."

McConnell had aimed to produce a revised measure by last Friday in order to have the Congressional Budget Office (CBO) score it over the break. It's unclear whether he met that goal and if he submitted anything new to CBO.

The House has voted to hold Bannon in contempt. Here's what happens next.
Rebecca Shabad