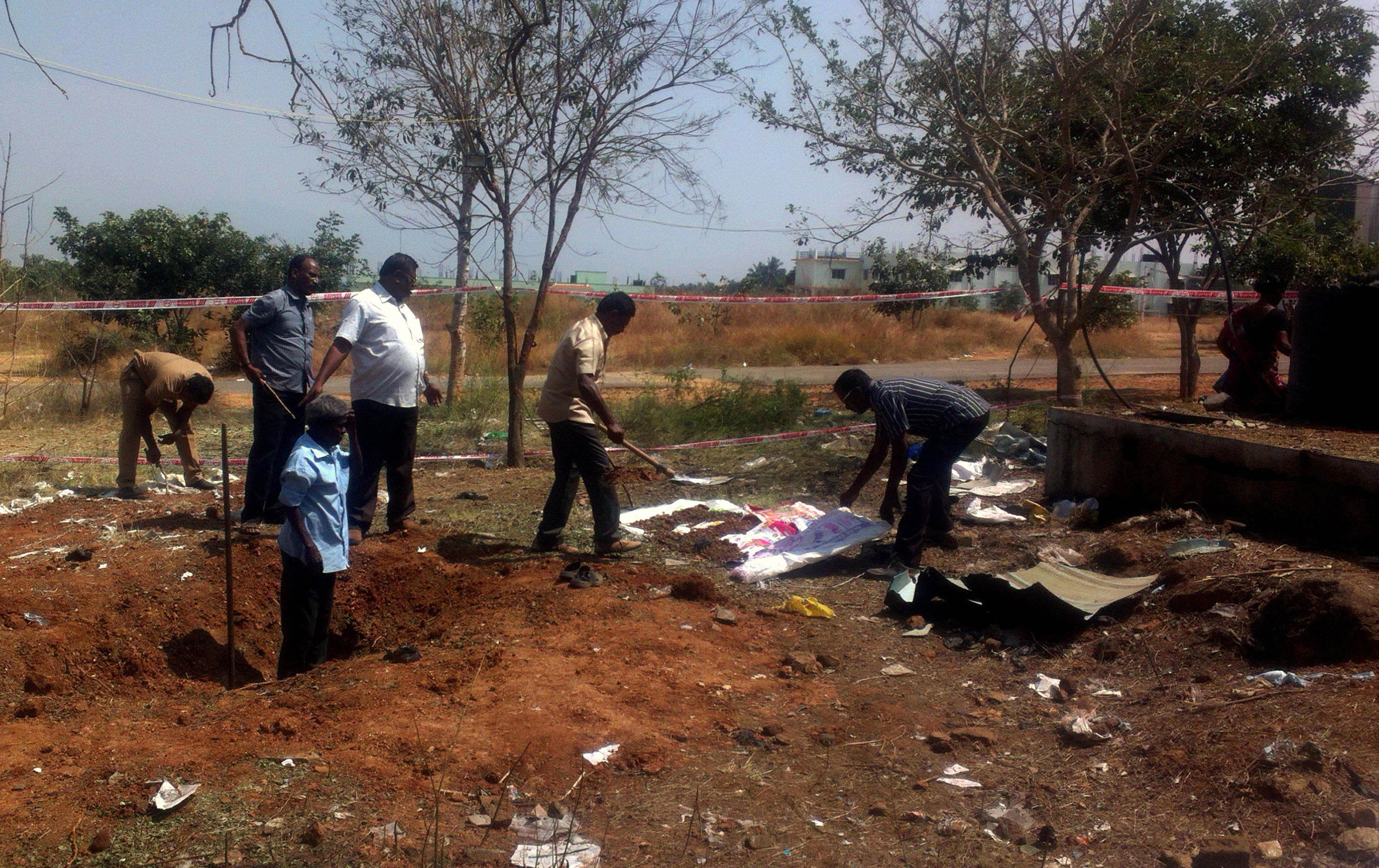 A senior politician in India's southeast Tamil Nadu state says a bus driver's family has been compensated for his death, which she believes was the first in recent history to have been caused by a meteorite impact.

Tamil Nadu chief minister Jayalalithaa Jayaram told the Reuters news agency there appears to be no other explanation for the explosion that rocked a college campus in the city of Chennai on Friday.

"A meteorite fell within the college premises," Jayalalithaa told Reuters, adding that the bus driver "sustained serious injuries and died while on the way to the hospital."

The Times of India reported that three other people were also injured in the blast, which local officials initially suspected was caused by explosives left behind after building work.

A district official, who asked not to be named, told Reuters that, "when no evidence of explosive material was found, we moved to the theory that it might be a meteorite."

And that theory has yet to be proven.

Scientists from the Indian Institute of Astrophysics were to take samples from a rock -- described by witnesses to The Times of India as black and pockmarked, weighing about 24 pounds -- which was apparently found at the bottom of a small crater at the scene of the explosion.

The principal at the college told Reuters he was at work when he heard the blast, which he described as "a sound like nothing I've ever heard before... there was no smell at all, no fire, nothing."

If the bus driver was killed by a meteorite, he would be the first human to meet the fate since 1825, according to International Comet Quarterly, as cited by Reuters.

Most of the rocks hurtling through space that happen to cross Earth's path are incinerated as they enter our planet's atmosphere, but some do make it through. Given that so little of the Earth's surface area is populated, however, most crash down into water or empty ground.

One exception to that trend, however, came last year when a large asteroid disintegrated in spectacular fashion over Russia, and was captured on video as it did so.

Some pieces of that meteorite did crash down to Earth, but most of the damage was caused by the power of the blast as it blew up in the air.

About 1,200 people were injured by the shock wave from the explosion, estimated to have been as strong as 20 Hiroshima atomic bombs.