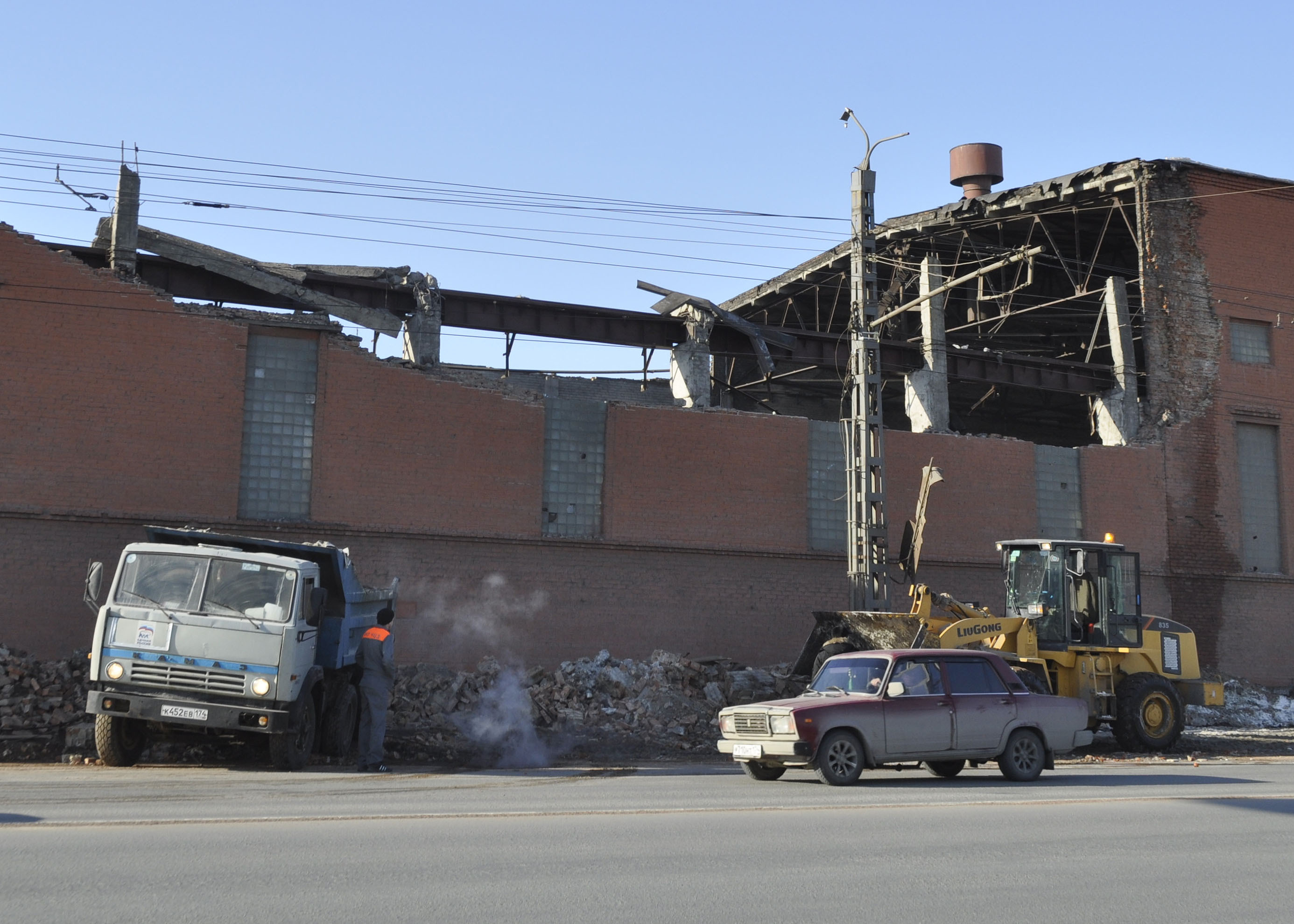 CHELYABINSK, Russia A small army of workers set to work Saturday to replace acres of windows shattered by the enormous explosion from a meteor, while other residents contemplated the astonishing event with pride and humor.

The fireball that streaked into the sky over Chelyabinsk at about sunrise Friday was undeniably traumatic. Nearly 1,200 people were reported injured by the shock wave from the explosion, estimated to be as strong as 20 Hiroshima atomic bombs.

But it also brought a sense of cooperation and humor to a tough industrial city in a troubled region. Large numbers of volunteers came forward to help fix the damage caused by the explosion and many residents came together on the Internet — first to find out what happened and soon to make jokes about it.

One of the most popular jests: Residents of the meteor were terrified to see Chelyabinsk approaching.

Chelyabinsk, nicknamed Tankograd because it produced the famed Soviet T-34 tanks, can be as grim as its backbone heavy industries. Long winters where temperatures routinely hit minus-30 Celsius (minus-4 Fahrenheit) add to a general dour mien, as do worries about dangerous facilities in the surrounding region.

In 1957, a waste tank at the Mayak nuclear weapons plant in the Chelyabinsk region exploded, contaminating 9,200 square miles and prompting authorities to evacuate 10,000 nearby residents. It is now Russia's main nuclear waste disposal facility. A vast plant for disposing of chemical weapons lies 50 miles east of the city.

"The city is a place where people always seem bitter with each other," said music teacher Ilya Shibanov. But the meteor "was one of the rare times when people started to live together through one event."

"For most people, it's a good excuse for a joke," he said.

It was also a reason for Shibanov to quickly concoct a rap video that got wide Internet attention, including the lines: ""Pow, pow, pow — everything flew and factory windows crumbled. This Friday the bars are going to be full, so be ready for the aftermath."

But for many, it's been a reason to roll up their sleeves and get to work repairing the more than 4,000 buildings in the city and region where windows were shattered, or to provide other services.

More than 24,000 people, including volunteers, have mobilized in the region to cover windows, gather warm clothes and food, and make other relief efforts, the regional governor's office said. Crews from glass companies in adjacent regions were being flown in.

Gov. Mikhail Yurevich on Saturday said that damage from the high-altitude explosion -believed to have been as powerful as 20 Hiroshima bombs — is estimated at 1 billion rubles ($33 million). He promised to have all the broken windows replaced within a week.

But that is a long wait in a frigid region. The midday temperature in Chelyabinsk was 10 F, and for many the immediate task was to put up plastic sheeting and boards on shattered residential windows.

Meanwhile, the search continued for major fragments of the meteor.

In the town of Chebarkul, 50 miles west of Chelyabinsk city, divers explored the bottom of an ice-crusted lake looking for meteor fragments believed to have fallen there, leaving a 20-foot-wide hole. Emergency Ministry spokeswoman Irina Rossius told Russian news agencies the search hadn't found anything.

Police kept a small crowd of curious onlookers from venturing out onto the icy lake, where a tent was set up for the divers.

Many of them were still trying to process the memories of the strange day they'd lived through.

Valery Fomichov said he had been out for a run when the meteor streaked across the sky shortly after sunrise.

"I glanced up and saw a glowing dot in the west. And it got bigger and bigger, like a soccer ball, until it became blindingly white and I turned away," he said.

In a local church, clergyman Sexton Sergei sought to derive a larger lesson.

"Perhaps God was giving a kind of sign, so that people don't simply think about their own trifles on earth, but rather look to the heavens once in a while."

In Chelyabinsk, university student Ksenia Arslanova said she was pleased that people in the city of 1 million generally behaved well after the bewildering flash and explosions.

"People were kind of ironic about it. And that's a good thing, that people didn't run to the grocery store. Everyone was calm," the 19-year-old architecture student said. "I'm proud that our city didn't fall into depression."

Chelyabinsk residents weren't the only ones watching the skies, however.

Based on reports, Jonathan Braidman, an astronomer with the Chabot Space and Science Center in Oakland, said that it seems Friday night's fireball was what astronomers call a "sporadic meteor," an event that can happen several times a day but most of the time happens over the ocean, away from human eyes, and brings as much as 15,000 tons of space debris to Earth each year.

Meteors, hunks of rock and metal from space that fall to Earth, burn up as they go through Earth's atmosphere, which is what apparently caused Friday night's bright flash of light, Braidman said.

It was likely smaller than another meteor that landed in the Bay Area in October, which caused a loud sonic boom as it fell, breaking apart and spreading rocks, called meteorites, in the North Bay.

And Cuba apparently experienced a phenomenon similar to the meteorite that detonated over Russia this week, island media reported, with startled residents describing a bright light in the sky and a loud explosion that shook windows and walls.

There were no reports of any injuries or damage such as those caused by the Russia meteorite. In a video from a state TV newscast posted on the website CubaSi late Friday, unidentified residents of the central city of Rodas, near Cienfuegos, said the explosion was impressive.

"On Tuesday we left home to fish around five in the afternoon, and around 8:00 we saw a light in the heavens and then a big ball of fire, bigger than the sun," one local man said in the video.

"My home shook completely," said a woman. "I had never heard such a strange thing."

Marcos Rodriguez, whom the video identified as a specialist in anthropology, said all signs point to a meteorite.

A reporter said a similar phenomenon was observed in 1994 elsewhere in Cienfuegos province.

The video said Cuban authorities were looking for any fragments that may have fallen to the earth.

Friday's meteorite strike came shortly before Asteroid 2012 DA14 made the closest recorded pass of an asteroid to the Earth -- about 17,150 miles. But the European Space Agency in a tweet said its experts had determined there was no connection -- just cosmic coincidence. The asteroid passed Earth without incident at approximately 2:30 pm EST Friday.