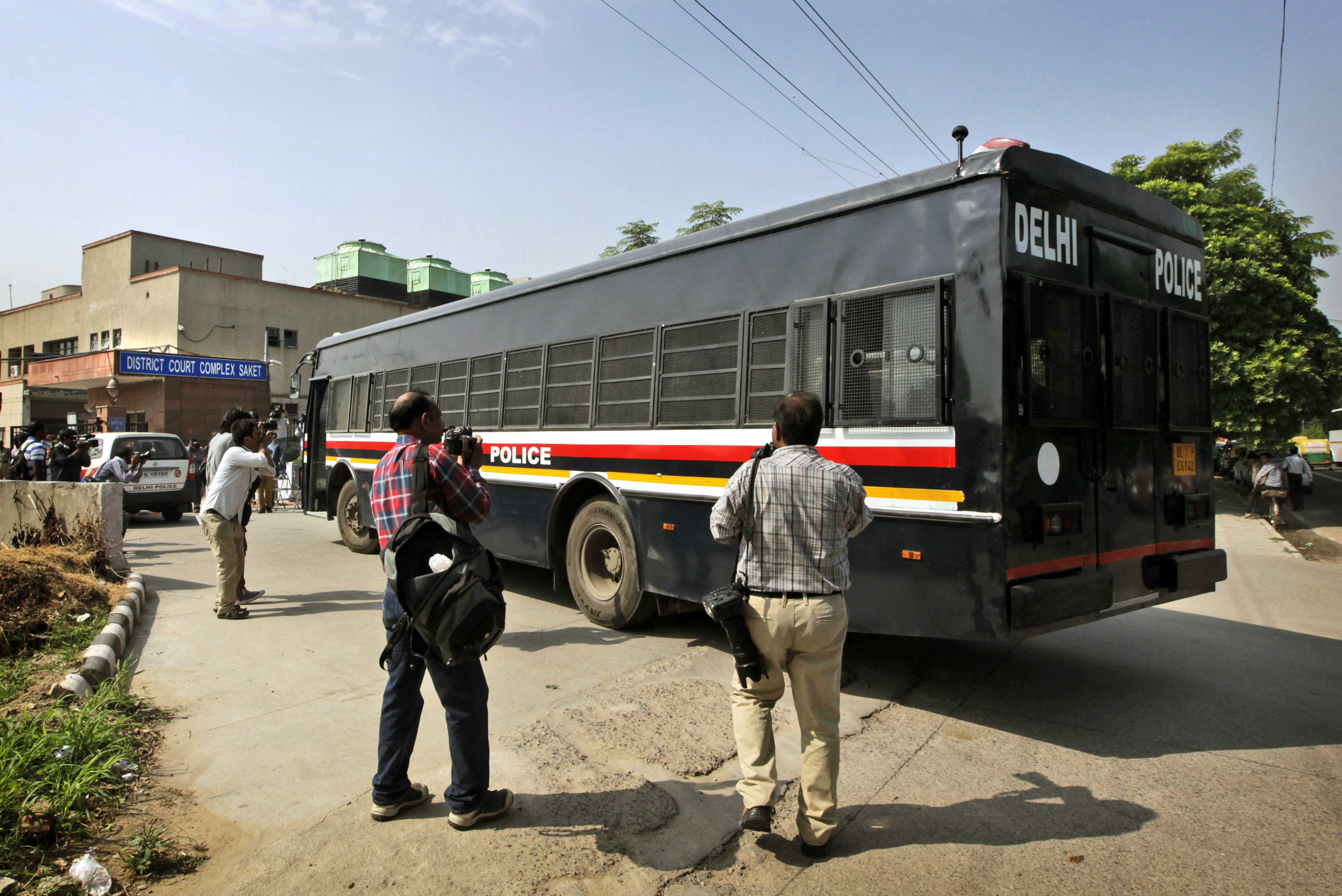 NEW DELHI An Indian court convicted four men Tuesday in the fatal gang rape of a young woman on a moving New Delhi bus, a case that set off waves of protests and gave voice to years of anger over the treatment of women.

The men, convicted on all the counts against them, including rape and murder, now face the possibility of hanging. The sentences are expected to be handed down Wednesday.

The men, along with another suspect who convicted in August, were riding through the city on an off-duty bus in December when they tricked the 23-year-old woman and a male friend into boarding.

They beat the friend into submission, held down the woman and repeatedly raped her. They also penetrated the woman repeatedly with an iron rod, causing severe internal injuries that led to her death two weeks later. As a rape victim, the woman cannot be identified under Indian law.

Dozens of protesters gathered outside the courtroom Tuesday, calling the case a wake-up call for India and demanding the death penalty for the men.

"Every girl at any age experiences this — harassment or rape. We don't feel safe," said law school graduate Rapia Pathania. "That's why we're here. We want this case to be an example for every other case that has been filed and will be filed."

Facing public protests and political pressure, the government reformed some of its antiquated laws on sexual violence, creating fast-track courts to avoid the painfully long rape trials that can easily last over a decade. The trial of the four men, which took about seven months, is astonishingly fast by Indian standards.