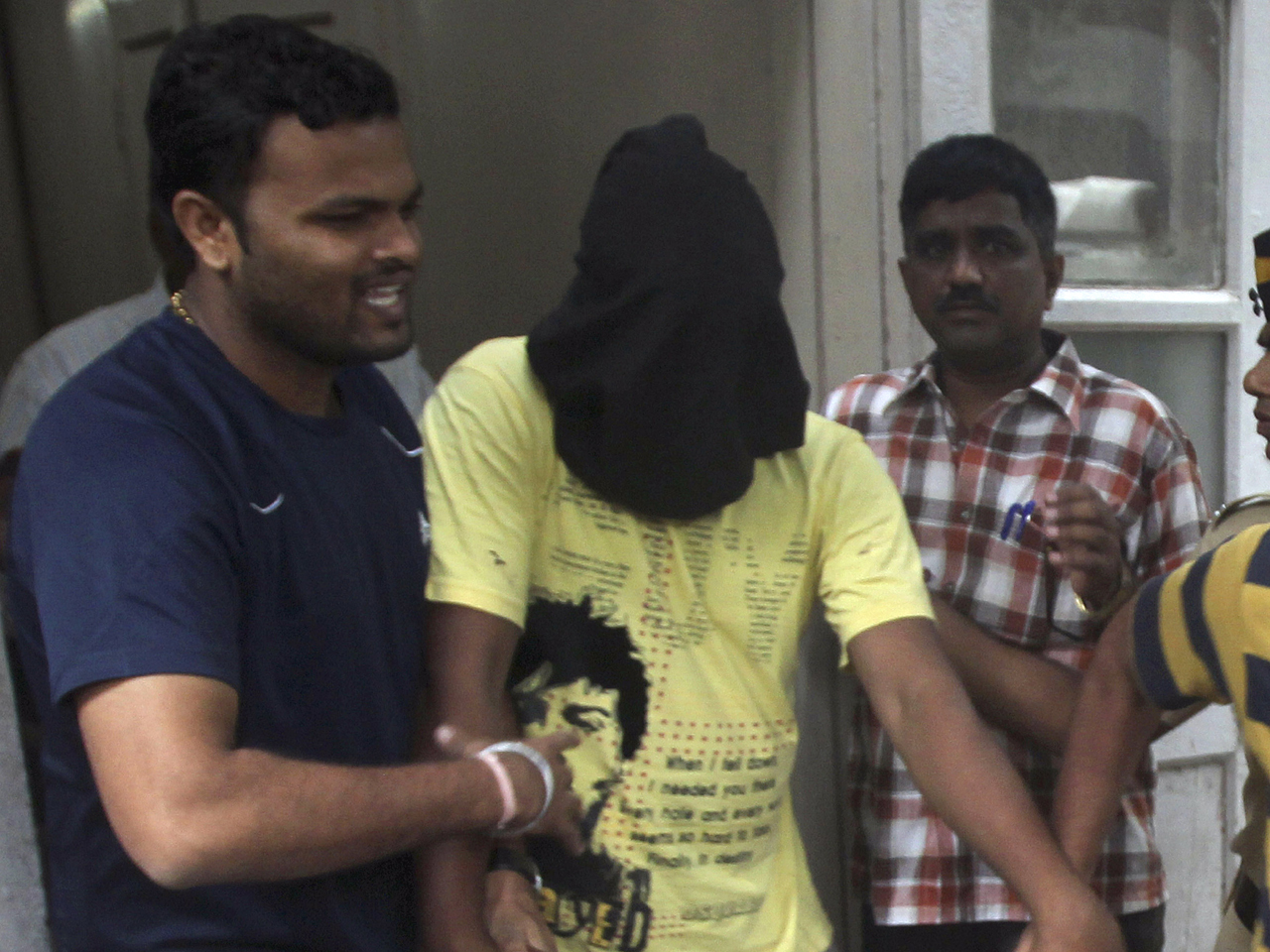 NEW DELHI Police on Sunday arrested the last of five men wanted in the gang rape of a photojournalist in Mumbai, and said charges would be filed soon in a case that has incensed the public and fueled debate over whether women can be safe in India.

The victim, a 22-year-old Indian woman, said she was anxious to return to work after Thursday night's assault, in which five men repeatedly raped her while her male colleague was beaten and tied up in an abandoned textile mill in the country's financial capital.

"Rape is not the end of life," the woman told the Times of India. A statement from Jaslok Hospital, where she has been since the attack, said her condition was being monitored but that she was "much better" and was being visited by family. Indian law forbids identifying rape victims by name.

Police arrested the fifth suspect Sunday in New Delhi, the capital, after rounding up the other four in Mumbai.

"We will file a comprehensive charge sheet soon," said Mumbai's police commissioner, Satyapal Singh, assuring that police had the evidence to prosecute the suspects, including the victim's testimony and medical samples taken at the hospital after the assault.

It is rare for rape victims to visit police or a hospital immediately after an attack in India, where an entrenched culture of tolerance for sexual violence has led to many cases going unreported. Women are often pressed by social pressure or police to stay quiet about sexual assault, experts say, and those who do report cases are often subjected to public ridicule or social stigma.

People across India were shocked and shamed in December, however, by the brutal gang rape in New Delhi of a 23-year-old student who died two weeks later from her injuries. Pledging to crack down, the federal government created fast-track courts for rape cases, doubled prison terms for rape, and criminalized voyeurism, stalking, acid attacks and the trafficking of women.

Under intense pressure, police have acted quickly to hunt down the five suspects in the Mumbai case. Home Minister R. R. Patil visited investigators at a Mumbai police station Saturday night, and the government has urged the harshest punishment for those found guilty.

The five suspects — including two picked up overnight and two arrested earlier — are likely to face prosecution under a strict new law that sets the maximum prison term for rape at 20 years.

Police said the suspects targeted the photojournalist as she and the male colleague were taking pictures on a magazine assignment in a Mumbai neighborhood where luxury malls and condominiums stand alongside sprawling slums and abandoned mills.

The suspects, first pretending to help get her permission to shoot, tied up the male journalist with belts and dragged the woman to a dense clutch of shrubbery, where they assaulted her while threatening her with a broken beer bottle, police said.

Police say one suspect will undergo medical tests to confirm his age after his family said he was a juvenile of 16. Police maintain he is 19, which makes him eligible for trial as an adult.

The eldest of the suspects is 25.