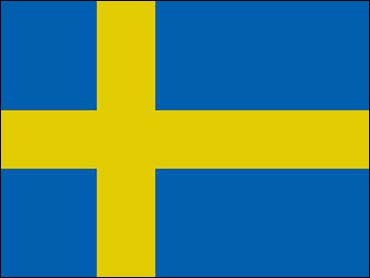 Yossi Klein Halevi is a contributing editor of The New Republic and a senior fellow at the Adelson Institute for Strategic Studies of the Shalem Center in Jerusalem.


Israelis are furious about an article printed in the Swedish newspaper Aftonbladet last week accusing the Israeli army of killing Palestinians in order to harvest their organs. The article linked accusations supposedly made by several Palestinians in the early 1990s with the arrest of a Brooklyn Jew several weeks ago on charges of illegal trafficking in organs.

Never mind that the author of the Aftonbladet article readily admits that he has no proof connecting the Brooklyn arrest with his charges--or that the Palestinians he quoted in his article have since denied making those accusations in the first place. In the current discourse in Europe on the Middle East conflict, the most outrageous lies about Israel become credible. No real proof is required to accuse the Jewish state of crimes that seem to be dredged from Europe's oldest and darkest fantasies about the Jews. It is Israel's responsibility to prove it is innocent.

The scandal would not have been possible without decades of one-sided reporting about the Middle East conflict, along with increasing demonization in recent years. When Israel is repeatedly cited in the Swedish media as the main obstacle to peace, when Swedish churches single out Israel as a target for boycott, the inevitable result is a resurrection of anti-Semitic motifs. In critiquing Israel, there are no longer standards or shame.

Aftonbladet's editor, Jan Helin, wrote that he was not a Nazi or an anti-Semite. The first claim is no doubt true, the second debatable. Contrary to widespread assumptions among Europeans, one does not need to be a Nazi to be an anti-Semite. Contemporary European anti-Semitism has two spiritual roots: Nazi Germany and the Soviet Union. The big lie of Zionism as Nazism and of the Jewish state as successor to Nazi Germany originated in Moscow, and became an essential part of Soviet ideology following the 1967 Six-Day War. Of the two versions of modern European anti-Semitism as they exist today, the far more pervasive--and dangerous--is the Soviet version. The rise of Western European anti-Zionism, then, is a posthumous victory for the Soviet Union.

Aftonbladet's blood libel has offered Israel an opportunity to place the wider problem of anti-Zionism on the European agenda. And so the Israeli government was right in responding with outrage. Israeli foreign minister Avigdor Lieberman compared the Swedish government's refusal to condemn the article to its "position during World War II, when it also did not become involved," while finance minister Yuval Steinitz declared relations between the two countries to be in "a crisis until the government of Sweden understands otherwise." Previous opportunities to confront the thin line between European anti-Zionism and anti-Semitism--for example, cartoons in European newspapers equating the Palestinian situation with Jesus on the cross--were squandered. This time, the Israeli government seems genuinely determined to take the offensive.

The question, though, is how. So far, the government's response has been diffuse and at times counter-productive. Pressure on the Swedish government to condemn the article has not only failed but allowed the Swedes to turn the issue into a spurious dispute over freedom of the press. Prime Minister Netanyahu did note that, when Christians were offended by an Israeli television satire on Jesus, then-Prime Minister Olmert condemned the program without compromising freedom of the press. But Israel needs to more aggressively expose the Swedish argument as a sham--particularly in light of the country's far-reaching "hate speech" regulations, which have been used repeatedly in recent years to prosecute critics of Islam.

At the same time, the Aftonbladet needs to be challenged, in court if possible. Delaying issuing credentials to Aftonbladet reporters--as the Israeli government press office has done--is an emotionally satisfying but hardly adequate response.

Most of all, Israel needs to use this affair to challenge the general climate of Israeli demonization in Sweden and elsewhere in Europe, and expose the conceptual links between classical anti-Semitism and anti-Zionism.

As much as possible, this should be done in coordination with local Jewish communities. When Lena Posner, president of the Official council of Jewish Communities in Sweden, described Israel's response to the Aftonbladet affair as disproportionate, and even appeared to defend the Swedish government's silence, the Israeli effort was substantially undermined. Consulting with Diaspora leaders will not necessarily produce agreement, and there are times when Israeli and Diaspora interests will diverge. But at the very least, Diaspora leaders need to be consulted on Israeli decisions that directly affect their communities' well-being, especially when those communities are small and vulnerable, like Swedish Jewry.

Accusations like the Swedish blood libel aren't just a threat to Israel's good name, but could become a physical threat to Jews everywhere. The Israeli "crimes" raised by Aftonbladet are precisely the kind of rationale used by terrorists to incite violence against Jews. In the current atmosphere, where the most inconceivable conspiracy theories involving Jews are readily believed by millions in the Muslim world, Aftonbladet's recklessness is, potentially, an incitement to murder. The Israeli government should treat it as such.

By Yossi Klein Halevi:
Reprinted with permission from The New Republic.