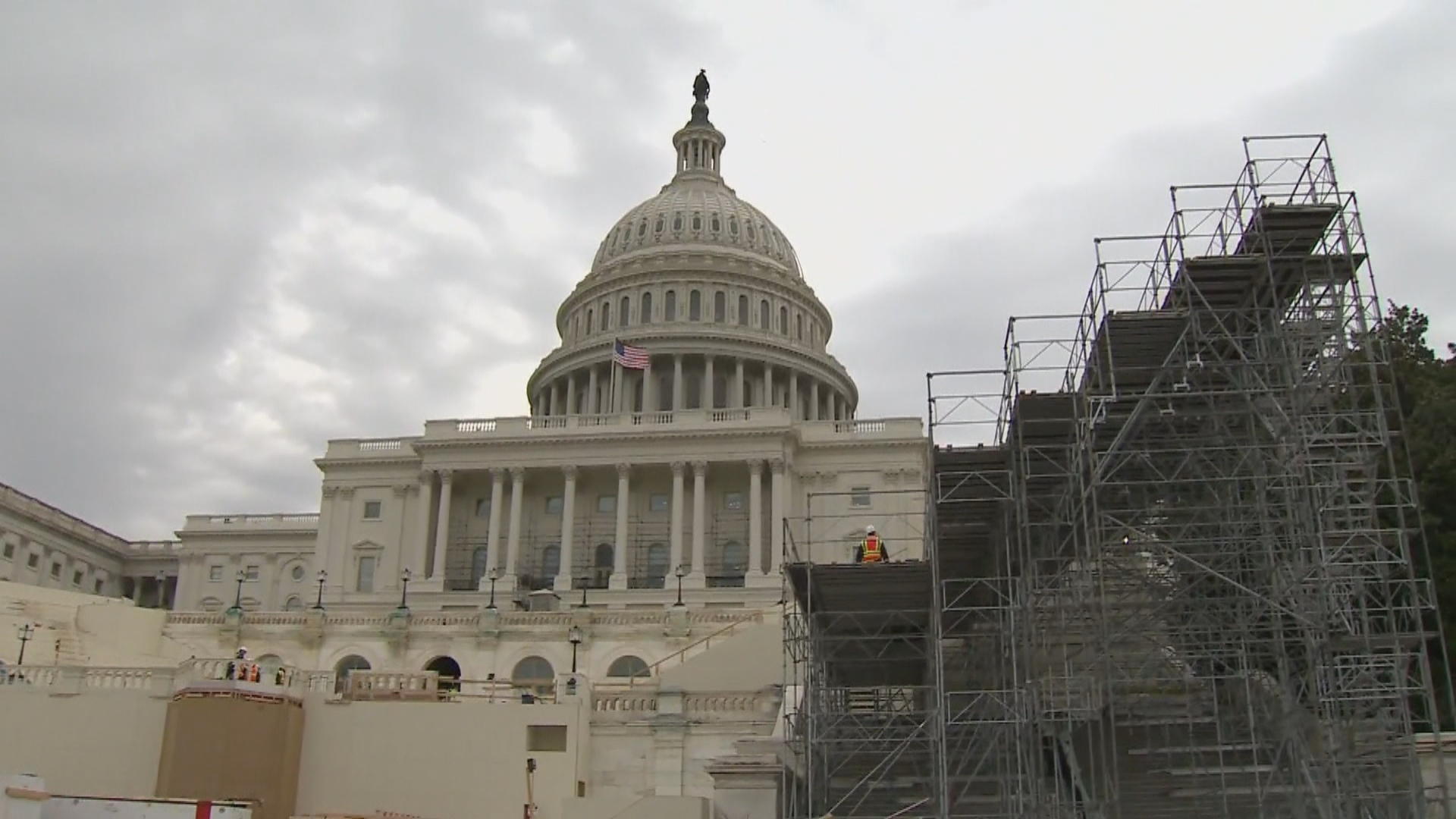 Donald Trump will be inaugurated as president in just four days, but security preparations and planning have been underway for months. Members of the Army band stood in for the president-elect and the future first lady Sunday at a mock swearing in ceremony.

Troops marched outside the Capitol grounds and down Independence Avenue to work out the final details before Friday’s big event. On the National Mall, security trailers and barricades are being set up in preparation for the 58th presidential inauguration.

Inaugurations are always difficult to police. But this year in Washington is going to be different because of the web of potential threats, reports CBS News correspondent Jeff Pegues. Add to that a record number of protest groups. The National Park Service tells us 25 groups have applied for permits, about five times what they typically see.

Pennsylvania Avenue is being transformed for the inauguration, as is security around the nation’s capital. The Department of Homeland Security is expecting close to one million people in the streets of Washington.

Paul Abbate, executive assistant director of the FBI, will be watching from an inauguration command center with representatives from several different agencies. There are dozens of television screens with different angles of the city, with street and aerial views as well as traffic flow. They want everything covered.

“We’re facing a more complex threat environment,” Abbate said. “Just in terms of the types of attacks that have occurred… things we’ve seen happen here in the United States and around the world.”

The attacks in Paris, Belgium and San Bernardino haunt law enforcement officials planning this type of large event. What it shows is that terrorist organizations are capable of large-scale coordinated attacks or lone wolf incidents that have been inspired by ISIS or al Qaeda. Abbate said security planners for the inauguration can’t rule anything out.

“We work hard every day 24/7, not just during inauguration but on every day, even today, to stop things like that from happening,” he said.

“Protesters always create a challenge, particularly because they can be a distraction,” Chertoff said.

Over 350,000 demonstrators are expected in the streets, helping to keep the peace. Nearly 30,000 law enforcement officials deployed throughout the city by Friday, including 3,200 police officers from departments across the country and about 8,000 members of the National Guard.

Another concern this year is cyber security. A team of Secret Service agents will be monitoring cyber threats, trying to protect critical computer systems and networks against cyberattacks that could disrupt the inauguration. But officials say there are no specific of credible threats.