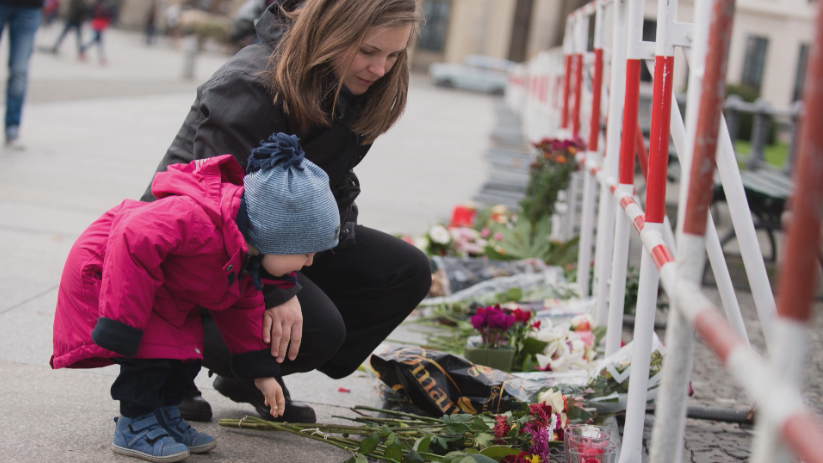 PARIS -- This week, parents looked at the questions on their children's faces and did their best to make sense of the senseless. How to explain? What is the meaning of life, if life is lost so easily to those who hate?

In Paris, we recognized each and every face. We know them.

We met, in Oklahoma City, in New York and Washington after 9/11, and after the last mass shooting.

Wednesday, a Parisian named found his answer. His wife, who he called "the love of his life," was killed Friday, leaving him to write a letter to the terrorists, for himself and his 17-month-old son.

"You will not have my hatred," he told the killers. "This little boy will insult you by being happy and free."

The letter reminded us of Viktor Frankl, the psychiatrist who endured Auschwitz-Birkenau. The love of his life was lost in the death camps.

"Everything can be taken from a man but one thing: the last of the human freedoms -- to choose one's attitude," Frankl wrote.

Or, as Antoine Leiris put it today, "we are two, my son and I, but we are stronger than all the armies of the world."

The search for an explanation leaves us with silence, until we search inside.

In these times, don't ask the meaning of life.

Life is asking, what's the meaning of you?