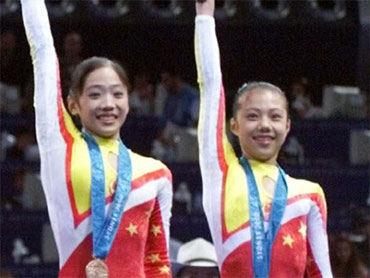 This column was written by Carrie Lukas.

Imagine a luxury liner sinking into artic waters with too few lifeboats for its passengers. Who would get those seats?

When the Titanic sank on April 15, 1912, the answer was obvious: women and children had first priority. Why was this? Certainly, the male passengers could have over-powered most of the women and saved their own lives. What kept them from doing so?

Chivalry. The idea that part of being a man (and certainly part of being a gentleman) is to sacrifice willingly to protect those who are more vulnerable. Of course, all those aboard the Titanic were equally vulnerable to the near freezing water. The men who gave their seats in the lifeboats gave their lives. Out of all of the Titanic's passengers, 74 percent of women lived while 80 percent of the men died.

Christina Hoff Sommers began her review of Harvey Mansfield's new book "" by reminding readers of the memorial erected by women in 1931 to honor those men on the Titanic. The memorial's inscription reads: "To the brave men who perished in the wreck of the Titanic. . . . They gave their lives that women and children might be saved." As Sommers suggests, this overlooked memorial is a fitting symbol of the state of chivalry or even of manliness today:

...almost no one remembers those men. Women no longer bring flowers to the statue on April 15 to honor their chivalry. The idea of male gallantry makes many women nervous, suggesting (as it does) that women require special protection. It implies the sexes are objectively different. It tells us that some things are best left to men. Gallantry is a virtue that dare not speak its name.

All too often, women no longer honor chivalry, and men no longer give up their seats. I refer not to men confronted with the life-or-death decisions like those on the Titanic, but those on subway and bus systems around the globe. On a website for New York City Transit complaints, a woman tells her story:

In the past 2 weeks, I have been practically knocked down so that a man can get a seat ahead of me. And just yesterday I was literally knocked on my butt. The man who did this didn't even say sorry — he just looked at me, closed his eyes and went to sleep. What happened to manners? I mean, not only am I a woman, but I am also pregnant. I may not be noticeably pregnant, but to knock a woman over like that for a seat?

In England, men defend their lack of chivalry as a natural consequence of women having equal rights. Paul Anderson, a married 38-year-old librarian, complained on the BBC website that women are adopting "an à la carte approach to women's rights and civil equality." On his busy daily commute a woman "harangued him" for not doing the "gentlemanly thing":

My response: "You're joking, aren't you? What? You want my seat and the right to vote? Forget it." ...Can I be alone in finding this hypocrisy astonishing? Why should I give up my seat to someone solely on account of their gender? Have these women never heard of the suffragettes? Do the phrases "women's liberation" and "sexual equality" mean anything to these women?

The author has adopted the feminist attitude that for women to be equal with men, they must also be the same. But women who are free to vote and pursue any profession are still women, not men.

Gentlemanly conduct isn't about women at all. It's about men and their sense of themselves. Paul Anderson continues to say that he would give up his seat to someone truly in need, such as the elderly, pregnant women, and the disabled. But that's not gentlemanly, that's just humane.

A man giving up his seat to a woman who he knows is equally capable of standing on her own is different. It's a gesture that doesn't (as some feminist suggest) imply women are weak. It's a simple show of respect. Respect not just for the woman, but also for himself. It shows that this man believes himself to be a gentleman and holds himself to high standards. Those standards are more important than enjoying the comfort of a seat on his morning commute.

Resurrecting chivalry begins by remembering why it's important. Chivalry is part of a civil world. Women should welcome gentlemanly gestures, and graciously accept them with a thank you. I'll start by thanking the men of the Titanic, who 96 years ago gave up their seats so that the women could live.

Carrie Lukas is the vice president for policy and economics at the Independent Women's Forum, and the author of "The Politically Incorrect Guide to Women, Sex, and Feminism." forthcoming from Regnery Publishing.
Reprinted with permission from National Review Online