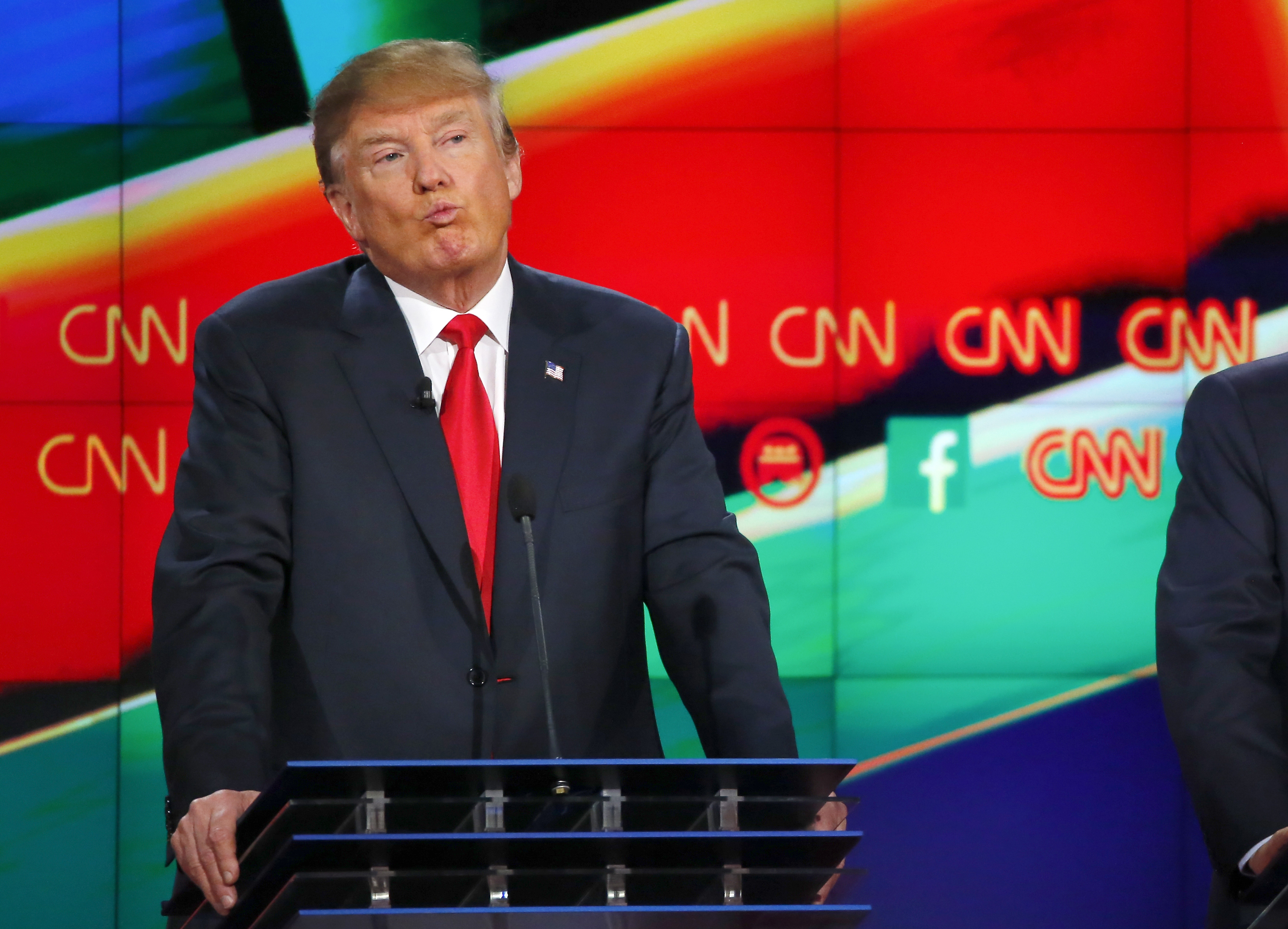 Republican presidential front runner Donald Trump in Tuesday night's debate had an opportunity to clarify his assertion that the U.S. should consider "closing that Internet up in some way" to fight extremists, after Rand Paul brought it up at the beginning of the debate.

Trump had first suggested he would talk to people like Microsoft founder Bill Gates about "closing" the Internet "in certain areas" in a speech in Mount Pleasant, South Carolina last week, during which he also proposed banning all Muslims from entering the U.S.

At the CNN debate in Las Vegas, Nevada on Tuesday, Trump said, "As far as the Internet is concerned... I'm talking about parts of Syria, parts of Iraq, where ISIS is."

As Paul inferred, China does block certain content that it considers subversive, and North Korea limits internet use to top military officials and members of the regime.

Hearing boos from the audience, Trump retorted, "I just can't imagine somebody booing. You're objecting to us infiltrating their conversations? I don't think so."

At another point in the debate, Trump also said, "I want to get our brilliant people... and figure out a way that ISIS cannot do what they're doing. I don't want them using our Internet, to take our young impressionable youth."

Sen. Rand Paul of Kentucky was quick to criticize Trump for the suggestion. "In defending America, we cannot lose what America stands for," Paul said, suggesting that "closing" parts of the Internet would restrict Americans' freedom of speech and civil liberties.