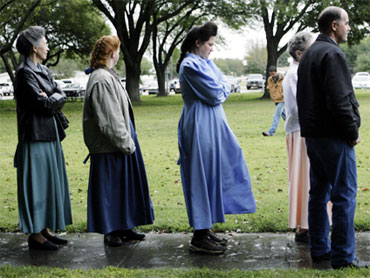 ELDORADO, Texas (CBS/AP) Where will Texas find 12 impartial jurors in the trial of alleged child rapist and unabashed polygamist Raymond Jessop? That's the question being played out in the small, dusty town of Eldorado, three hours north of San Antonio, where the lifestyle of a breakaway Mormon sect is under scrutiny.

Eldorado is home to around 2000 people, approximately a third of them are members of the Fundamentalist Church of Jesus Christ of Latter Day Saints (FLDS), whose sprawling compound, the Yearning for Zion Ranch, was raided last April. Child Protective Services removed all of the sect's children in that raid, arguing that they lived in a predatory environment since under age marriage was a cultural norm for the group.

The state eventually had to return almost all of the more than 400 children they took, but Texas did not completely give up its legal case against some of the church members.

Jessop, 38, is the first of 12 sect members to stand trial who have been charged with crimes ranging from failure to report child abuse to sexual assault and bigamy.

Jessop is charged with sexual assault of a child, stemming from his alleged marriage to an underage girl. The girl, according to church documents seized by authorities, gave birth at age 16 at the Yearning For Zion Ranch. If convicted, Jessop faces 20 years in prison.

He is also charged with bigamy, but that charge is to be tried separately. Prosecutors allege Jessop has nine wives, including three that were married to a brother before the brother was excommunicated by Warren Jeffs, the jailed leader of the FLDS.

Potential jurors for what would be Schleicher County's first jury trial in more than a decade spent Monday on plastic folding chairs in a building next to the courthouse. Ten women in prairie dresses and braids were amongst them.

A few potential jurors were dismissed with early exemption claims, but 17 FLDS members, conspicuous because of their distinct dress, remained in the pool, as did a relative of the local sheriff.

Randy Mankin, the editor of the weekly newspaper, The Eldorado Success, was dismissed. His mother and college-age son had also been summoned but took earlier exemptions allowed for older jurors and full-time students. 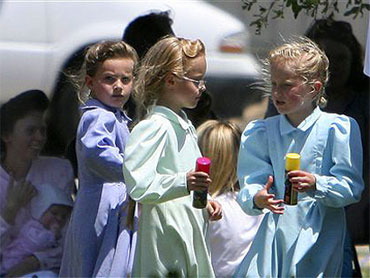 (AP Photo/D.J. Peters)
Photo: FLDS children wait to be returned to their parents June 2, 2008, Forth Worth, TX.

After answering group questions about their biases and whether they had personal connections to those involved in the case, potential jurors began undergoing individual questioning by attorneys late Monday. The voir dire was scheduled to continue Tuesday, and Texas District Judge Barbara Walther said she hoped to complete jury selection by then.

The county sent summonses to 300 potential jurors, the largest jury pool in its history, in hopes of seating 12 jurors and two alternates — a task that could be a challenge in a small county that became international news with the raid last April.

Authorities took 439 FLDS children into state custody and conducted a weeklong raid at the ranch, confiscating hundreds of boxes of documents and family photos.

Images of the women and children dressed in prairie clothing dominated cable news networks for weeks after the raid and after a subsequent court rulings sending the children back to their parents.

If lawyers can't come up with a jury in Schleicher County, the trial could be moved to an adjoining county.

Authorities have said little publicly about the charge against Jessop, but documents seized from the ranch indicate the assault charge stems from his alleged relationship with a girl who was in labor for several days in August 2005. When ranch residents consulted Jeffs, he told them not to take her to the hospital, according to church documents seized at the ranch. 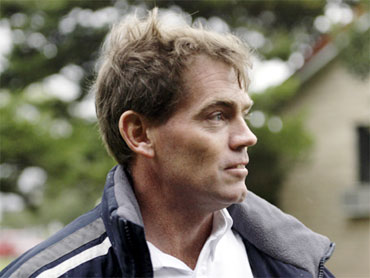 "I knew that the girl being 16 years old, if she went to the hospital, they could put Raymond Jessop in jeopardy of prosecution as the government is looking for any reason to come against us there," Jeffs wrote in a journal seized by authorities.

Jeffs was arrested in 2006 and convicted as an accomplice to rape in Utah for arranging an underage marriage there. He faces similar charges in Arizona and is charged with bigamy and sexual assault of a child in Texas.

One of Jeffs' daughters allegedly married Jessop the day after she turned 15. The bigamy charge against Jessop pertains to that alleged marriage.

Under Texas law, generally, no one under 17 can consent to sex with an adult.

Sect members, who believe polygamy brings glorification in heaven, historically have lived around the Arizona-Utah line, but the sect bought a ranch on the outskirts of Eldorado about six years ago. Hundreds of FLDS members have returned to the log cabin-style homes there.

The FLDS is a breakaway sect not recognized by the mainstream Mormon church, which renounced polygamy more than a century ago.