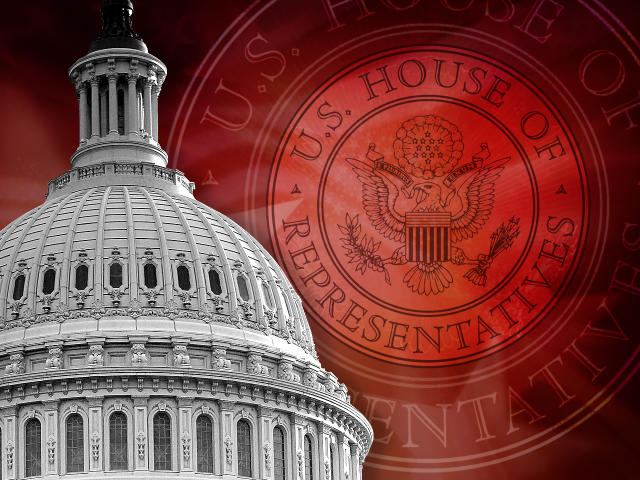 If you just looked at district numbers alone, House control in 2014 might look like a tight contest: a mere 17 seat flip out of 435 races would swing majority control to the Democrats. But the political reality is harder. There aren't a lot of very competitive districts in play - at least not yet - so the early landscape appears to favor the Republicans.

But that's only the landscape; the national narrative offers many unknowns and questions to follow, like how the economy plays if evaluations continue to get better. Do Republicans get credit for their deficit-cutting push, and say that divided government works? Would Democrats get credit - and could they translate it to their House candidates, with President not on the ballot?

Thus far 2014 doesn't shape up like a wave year partly because waves don't just come from of shifts in national opinion or even disapproval of Congress. They often have structural underpinnings like lots of retirements that have left open seat contests, or a lot of districts with partisan imbalances, where Democrats are trying to hang on in districts that have been trending Republican or vice-versa.

That's not the case, at least not now. If you recall in the last midterm cycle, 2010, we heard a lot about vulnerable Democrats sitting in districts that John McCain had carried two years prior. And sure enough, a lot of them lost.

Next year there will be fewer of those"crossover" profiles for either party. In our partisan index calculations, only a handful of Republicans - 10 - sit in districts that profile as slightly leaning Democratic (based on their average vote history over many races) and none in seats more lopsided than 5 points Democratic on our indexes.

The last few cycles have shaken out a lot of those imbalances, and redistricting did the rest: each party tended to consolidate and protect their holdings rather than go for more competitive district maps. After 2010's wave, partisan profiles have come closer to matching the representation in the districts.

This much is likely, and intriguingly different for 2014: the battleground landscape will take us to new corners of the country next year than those well-trod swing states of 2012. While we'll probably see a couple of districts in Ohio and Florida in play, we'll also see plenty more battles in the northeast and in the west, with many in California - the latter a result of being one of the few states where a non-partisan commission draws the district lines instead of a partisan legislature. In fact, if control is at stake, don't be surprised if it's won and lost in California.

It's really early to start talking about electorates, but we do know that midterms often skew conservative because they've had older, whiter composition; Democrats' challenge will also be to make next year demographics look more like 2012's than 2010's. That's partly a structural challenge in House contests because competitive districts are often more suburban than urban, and it's sometimes harder to find base Democratic voters in those kinds of districts by definition.

History offers some guidance but this hyper-partisan era makes it hard to put a lot a faith in it. It was once all but given that a president's party lost seats in the middle of a second term. 1998 disrupted that, a cycle when many felt congressional Republicans overplayed their hand in pursuit of President Clinton; some in the GOP have drawn cautionary comparisons to now.

For the moment, our districts to watch lists are derived mainly from our partisan indexes of the voters there along with some factors for the candidates, incumbency, recruiting, and recent demographics. This is a list that can and will change over time. Whether the parties can find or keep good candidates, or target these or other districts with spending, all remains in flux and will no doubt make this a list in flux. On the other hand, in this starkly partisan environment, the partisan profiles of districts can become self-fulfilling prophecies, as it gets hard to for potential candidates to fund and mount challenges in districts that show even a few points of partisan imbalance, if they want to buck the odds at all.