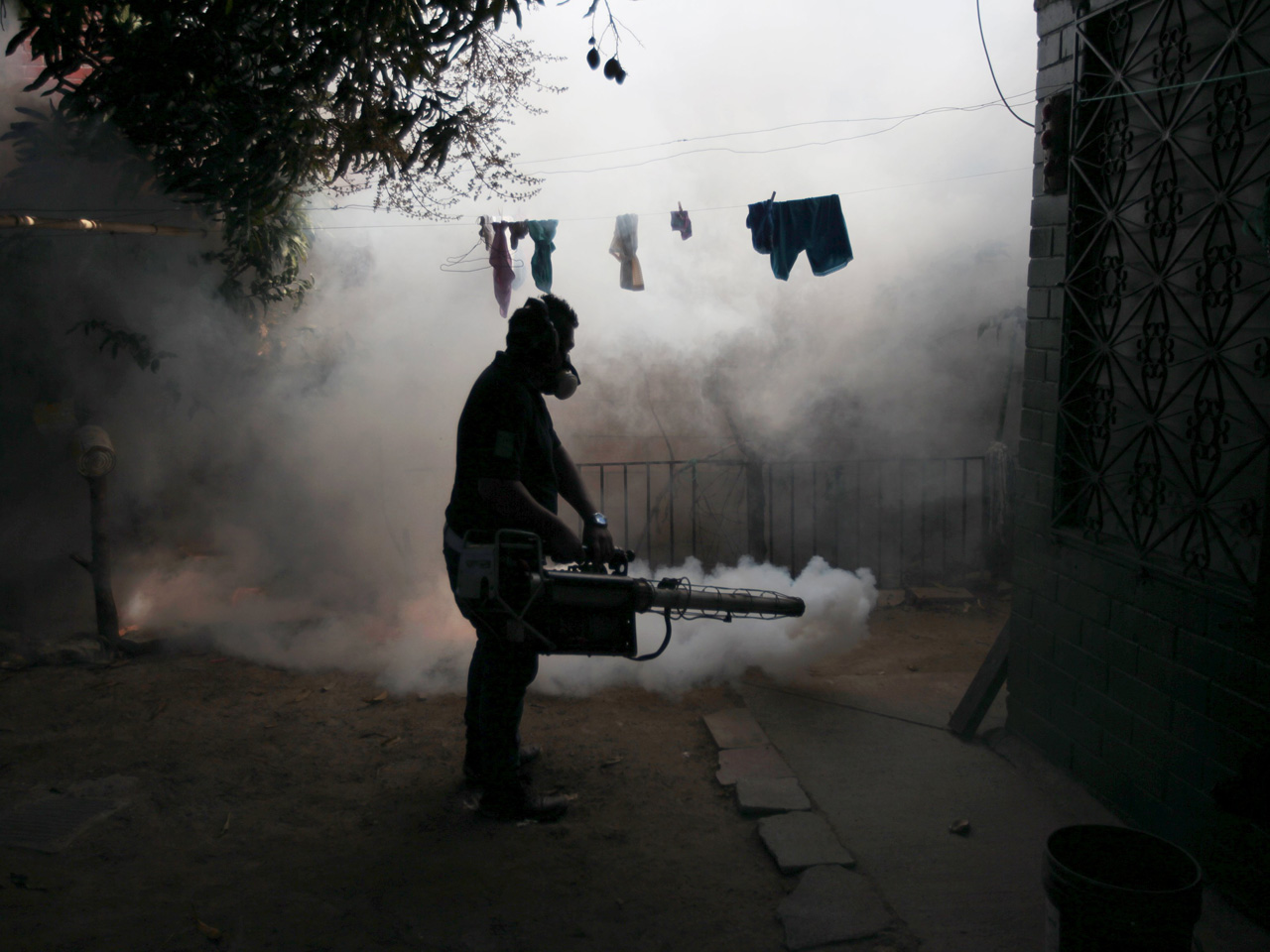 SAN SALVADOR, El Salvador -- Maria Erlinda Guzman desperately wants a baby, and has been undergoing fertility treatments at El Salvador's largest women's hospital. But now, she fears her dream of motherhood may be dashed by Zika.

After her country took the extraordinary step of advising women to avoid pregnancies for two years due to concerns about the rapidly spreading virus, the 34-year-old now plans to start using contraception. She worries that she may be too old to conceive by the time it is considered safe to do so.

While Zika's exact link to the rare birth defect known as microcephaly is still unclear, warnings from El Salvador, at least six other countries and health officials across the Americas are raising anxiety for millions of would-be and could-be mothers in affected areas.

For some it's a dilemma pitting religious beliefs about abortion against the risk that their babies could be born with abnormally small heads and a short life expectancy.

World Health Organization officials said Thursday the virus is "spreading explosively" and the Americas could see up to 4 million cases of Zika in the next year. And as it expands to countries where abortion is strictly limited or outlawed altogether, doctors and health advocates fear that many women could resort to back-alley procedures that imperil their health.

"What happens in a country where abortion is completely illegal?" said Angelica Rivas of Acdatee, a Salvadoran nonprofit that advocates for decriminalization of the procedure. "What can be expected is an increase in the rates of illegal abortions, unsafe abortions and a mental health issue for women."

At least 4.4 million pregnancies were aborted in 2008 in Latin America, about 95 percent of them clandestinely and in unsafe conditions, according to the Guttmacher Institute, a U.S.-based nonprofit that promotes reproductive health rights.

"When women are desperate ... they will seek out their own solutions," said Carmen Barroso, Western Hemisphere director for the International Planned Parenthood Federation. In El Salvador, she said, half of all pregnancies are unplanned.

So far, only Brazil has seen a sharp rise in microcephaly cases suspected of a link to Zika.

Abortion is illegal in Brazil except in cases of rape, danger to the mother's life or anencephaly, another birth defect involving the brain. Authorities have said they don't plan to add a microcephaly exception, though the Folha de S. Paulo newspaper argued in an editorial that Zika raises a need to discuss decriminalization of abortion.

Microcephaly usually occurs because of abnormal brain development that numerous conditions can trigger: genetic abnormalities, disorders such as Down syndrome, drug or alcohol use, other infections such as cytomegalovirus or even serious nutritional problems.

WHO officials say it may be six to nine months before a link between Zika and microcephaly is established or dismissed.

Complicating the mystery is how to detect which pregnancies really may be at risk. Microcephaly typically has not been diagnosed in early pregnancy. One study published in 2000 found it was diagnosed on average at 28 weeks, although Dr. Jeffrey Ecker, a maternal-fetal medicine specialist at Massachusetts General Hospital, said it sometimes may be detected in the second trimester.

"We don't know as much as we would like," Ecker said. "That's the caveat that hangs over all of this."

In the United States, if there's concern that a pregnant woman may have been infected by Zika while traveling abroad, the American College of Obstetricians and Gynecologists is recommending ultrasound exams every three to four weeks to evaluate the fetus.

Moreover, about 80 percent of those infected with Zika present no symptoms, according to the U.S. Centers for Disease Control and Prevention.

"Zika does not produce effects in all pregnant mothers. ... It is a rate that we don't understand yet," said Dr. Carlos Espinal of the American Health Foundation.

The type of mosquito that transmits Zika, and also dengue and chikungunya, is present in much of the Americas. Even in countries where there have been no confirmed cases of microcephaly, such as El Salvador, nervous women are asking themselves tough questions.

"I can't say what I would do. It's illegal to abort - they would throw me in jail," said Dinora Martinez, a 26-year-old Salvadoran woman who is not pregnant but has a 5-year-old son.

But she noted that there are clandestine clinics where her countrywomen can terminate a pregnancy: "If I did," she added, "I wouldn't tell anyone."

So far no health agency has suggested abortion for pregnant women who contract Zika.

For many who are already pregnant, reports about Zika have injected fear into what would otherwise be a joyous time.

"I'm afraid that my baby could have some problem," said Kerly Rocio Ariza, a 17-year-old Colombian who is five months into her first pregnancy and was recently diagnosed with Zika. "It terrifies me because I've seen the symptoms I had on TV, and in truth they told me it was dangerous."

In the Ecuadorean capital of Quito, about 9,350 feet above sea level in the Andes, Maria de Jesus Rivera said she will put off trips to the beach for the five months remaining before she gives birth. The mosquito that transmits Zika is believed to be unable to reproduce above 5,900 feet.

"We're afraid," the 26-year-old woman said. "We want the child to be born healthy with no problems of any kind."

At the women's hospital in San Salvador, Dr. Carlos Amaya Campos met with patients this week to explain the potential risks of Zika. Stopping short of the two-year pregnancy moratorium urged by his government, he advised women to use birth control for six months and then assess the situation. For those already pregnant, he prescribed long sleeves and mosquito repellant.

"Brazil, which has the most cases of newborns with microcephaly, said (to wait) six months," Amaya said. "I do not know why our government said two years. ... We hope that in six months the epidemic is sufficiently controlled for the ministry to say you can get pregnant."