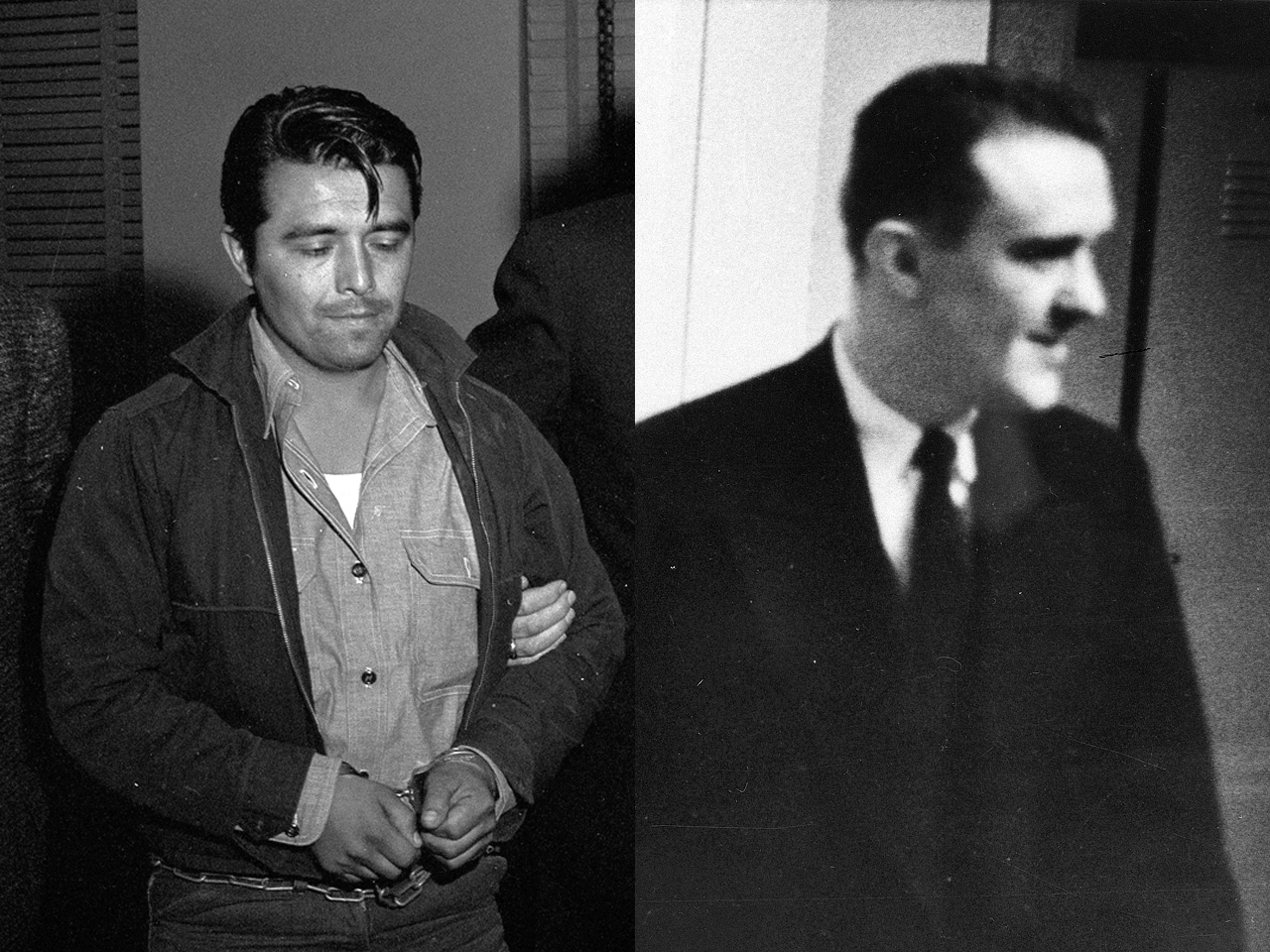 LANSING, Kan. The bodies of the two men executed for the 1959 murders of a Kansas family that became infamous in Truman Capote's true-crime book "In Cold Blood" were exhumed Tuesday in an effort to solve slayings of a Florida family killed weeks later.

Kyle Smith, deputy director of the Kansas Bureau of Investigation, said bone fragments were collected from the skeletal remains of Richard Hickock and Perry Smith, who were hanged for the murders of Herb and Bonnie Clutter and their children in Holcomb, Kan., on Nov. 15, 1959.

The fragments were collected at the request of a Sarasota County Sheriff's detective, who has been trying to determine whether Hickock and Perry Smith were responsible for the deaths of Cliff and Christine Walker and their two young children on Dec. 19, 1959, in their home in Osprey, about four hours northwest of Miami near Sarasota. Smith and Hickock fled to Florida after the Clutter murders.

Hickock and Perry Smith have been considered suspects in the Walker slayings since 1960, and Kyle Smith said Florida officials have expressed an interest several times over the decades in renewing the investigation. DNA testing now has advanced enough that older material can be analyzed more effectively, he said.

"We can get smaller samples, more decayed samples, and still get matches," Kyle Smith said during a news conference at the city hall in Lansing. "They could have tried this 20 years ago and maybe used up what biological samples they had and gotten nothing from it."

Sarasota County detective Kimberly McGath said she requested the exhumation to obtain DNA that could be compared to that from semen found on Christine Walker's underwear. All the Walkers were shot. Christine Walker also was beaten and raped. Their 2-year-old daughter also was drowned in a bathtub.

"Our interest is providing closure to the Walker family," Kyle Smith said. "Obviously, where these perpetrators are dead, it's not going to result in any prosecution."

He added: "Obviously, there's a lot of historical interest as well."

Hickock and Perry Smith fled to Florida in a stolen car after the Clutter murders. They checked out of a Miami Beach motel on Dec. 19, the day the Walker family was killed, and at some point that day bought items at a Sarasota department store.

Witnesses have said they spoke with Smith and Hickock in Tallahassee on Dec. 21.

McGath said the Walkers were considering buying a 1956 Chevy Bel Air, the kind of car Smith and Hickock were driving through Florida. McGath thinks the Walkers met with the men because of the car.

Smith and Hickock were later arrested in Las Vegas. A polygraph test cleared them of the Walker murders, but a polygraph expert said in 1987 that such tests were worthless in the early 1960s.

"Sometimes you just have to wait for the technology to catch up to the need," Kyle Smith said.

Hickock and Perry Smith are buried on a gently sloping hill at the Mount Muncie Cemetery in Lansing, where the state of Kansas interred executed criminals when their families didn't claim the bodies. The cemetery regularly draws visitors who have read Capote's book or have seen a movie about him or the case.

The exhumation began shortly after sunrise Tuesday and ended by noon. Bone samples were collected, and the bodies reburied, Kyle Smith said. Reporters and other members of the public weren't invited to view the work because investigators were treating the graves as crime scenes.

"It went about as well as it could have," cemetery manager Gene Kirby said. "There were no surprises."

The KBI will take DNA from what was bone marrow, Kyle Smith said. He said one of its labs will do the analysis behind higher-priority tests for criminal cases about to go to trial, and he wasn't sure how long it would take.