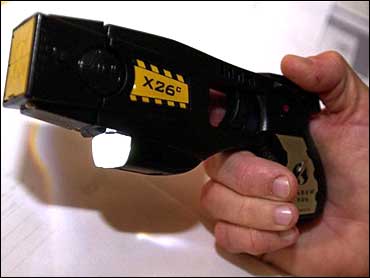 (AP Photo/Tom Hood)
BOISE, Idaho (AP) Boise police officers used excessive force when they taunted and threatened a handcuffed man and then Tasered him in the buttocks, a report from the city's police ombudsman said.

The actions of one of the involved officers — called Officer No. 3 in the report — were "not appropriate, not condoned and not professional," Boise Police Chief Michael Masterson said in reaction to the release of the report on Wednesday.

The February incident was captured by an audio recording made by one of the police officers at the unidentified man's home.

Police violated the department's use-of-force policy when the officers Tasered the man once in the back before he was handcuffed, and then in the buttocks after he was handcuffed, Boise Community Ombudsman Pierce Murphy concluded in the report, which was based partly on the audio recording.

The ombudsman, established by the city council in 1999, carries out independent reviews and investigates complaints made against the police department.

Eight officers responded to the home in February on what police said was a potentially violent situation, with the safety of a woman and child thought to be at risk. When officers pounded on the door the man inside shouted profanity back at them, then pushed against the door to keep police out, police said.

Murphy wrote in the report that police didn't identify themselves, and that the man feared that a friend of the woman had arrived to beat him up. But once police came through the door, the subject quickly went down on the floor, Murphy wrote.

Officer 3's behavior is the exception, not the rule for the department, Masterson said.

"This was the first time either employee had been before the discipline board," he said. "They have not been involved in serious policy violations throughout their career."

The supervisor, an 18-year veteran, also erased an audio recording of an interview with the suspect at the jail and neglected to write a report on the use of force in the arrest, according to the ombudsman.

Ron Coulter, an attorney in nearby Eagle, said he was retained by the man earlier this year and plans to file a lawsuit against the police department.

COURTESY OF THE IDAHO STATESMAN