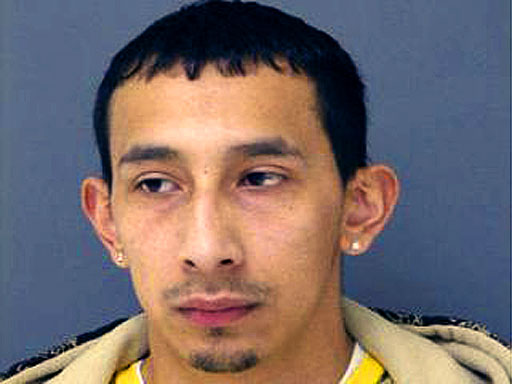 RICHMOND, Va. (CBS/AP) A Prince William County grand jury issued and indictment for felony murder against the illegal immigrant accused of being drunk when he allegedly crashed his car head-on into a van carrying three Benedictine nuns, killing one of the nuns, Sister Denise Mosier, 66.

Prosecutors say that Carlos Martinelly-Montano, 23 was facing deportation proceeding after two previous drunk driving arrests, and had reportedly just been released from prison after serving only 22 days of a year sentence received after his second DUI conviction.

Just after the indictment, Virginia Governor Bob McDonnell ordered the Department of Motor Vehicles to no longer consider Employment Authorization Documents, known as I-766 documents, as evidence that a person is in the country legally.

Montano got his I-766 card, in January 2009 as federal deportation actions were pending. He presented the card to the DMV to establish legal presence in the U.S. But he did not have a Virginia license on Aug. 1, the date of the crash that left Sister Denise Mosier dead.

Immigrant rights activists are calling the governor's announcement reactionary and say the real issue is why Montano was on the street in the first place.

"The governor should be asking why [Montano] was released from jail after serving just 20 days instead of the full 364," Claire Guthrie Gastanaga, a Richmond-based lobbyist on behalf of immigrants' rights, said. "The real situation here is we're not enforcing our drunk driving laws."

The grand jury also indicted Montano with driving with a revoked license and maiming resulting from drunken driving. Sisters Charlotte Lange, 75, and Connie Ruth Lupton, 70, were seriously injured in the crash.

Montano could receive up to 40 years in prison if convicted.