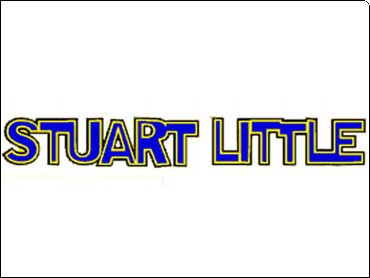 'Twas the weekend before Christmas, and all through the movie house, all the kids were eager to see the cute talking mouse.

Stuart Little, the film version of the E.B. White children's book, debuted at the top of the box office this weekend, taking in about $15.4 million.

But not all family films did as well, reports Early Show Contributor Gail O'Neill. After opening last Christmas at No. 1 with Patch Adams, Robin Williams had a disappointing fourth place opening with Bicentennial Man.

Jodie Foster also found coal in her stocking. Her Anna and the King opened in a disappointing sixth place, taking in just $5 million. She took home $15 million for Anna, making her one of the highest paid actresses in the business.

Tom Hanks' prison drama, The Green Mile, came in second at $12.6 million. The animated film Toy Story 2, featuring the voice of Hanks for the character Sheriff Woody, came in third with $12.1 million.

Audiences were expected to continue to flood theaters through the holidays, especially with the openings of several anticipated films, including The Talented Mr. Ripley, starring Matt Damon and Gwyneth Paltrow; Man on the Moon, with Jim Carrey playing the late comic Andy Kaufman; and Snow Falling on Cedars.

Following are weekend estimates as reported by studios.