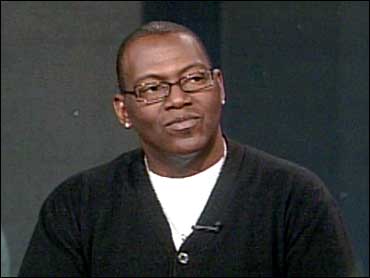 The incredible success of "American Idol" has made judge Randy Jackson a household name.

When the third season of "Idol" got under way, fans noticed that Jackson is nearly half the man he used to be.

So far, he has lost 100 pounds after undergoing gastric bypass surgery. And Jackson tells The Early Show co-anchor Julie Chen it had nothing to do with vanity.

He says, "I was having serious issues with becoming a diabetic. So thinking about how to do it, I tried all kinds of diets, everything under the sun. I was like: I really need to do something to nip this in the bud right now. It worked for me, but I hesitate to recommend it for people because it's like a personal life decision. It's a life choice because you change and alter your complete life when you do this."

Though the results are great, it is a serious surgery and Jackson says it is not easy to go through it. He says, "It really is a big jump start into it because you realize that diet and exercise do work because you're eating a fifth of what you used to eat and working out."

Besides, he notes you will have to take small bites and chew extremely well. He says, "All the things you're told while growing up, you have to now because it definitely works."

It is in fact a life change and Jackson says he is glad he did it, but points out it involved taking some risks.

He says, "I am so happy that I did it. I'm so blessed that I turned out in flying colors and the surgery went well and everything. But one in 200 don't make it out of surgery. I think a lot of other people have complications during it, too. It's definitely very risky. That's why I hesitate to recommend it. You know, people say, 'You did it. Don't you love this?' Yeah, but for me it was a decision that works. But can't really recommend it that hard."

Not as mean as Simon Cowell, but not as sweet as Paula Abdul, Jackson has made headlines by dropping from 329 pounds to 229 pounds -- losing 12 inches off the waist and going down five shirt sizes.

Before being recognized by fans for his "American Idol" responsibilities, Jackson was known by music insiders, and is a sought-after record executive and producer who has worked with some of the world's biggest recording stars including Mariah Carey, Madonna, Elton John, Celine Dion, Whitney Houston, Aretha Franklin, *NSYNC, and Destiny's Child

Jackson recently wrote "What's Up Dawg," a book in which, he says, he reveals secrets to making it big in the music industry.

Best piece of advice in this book? Jackson says, "Figure out who you are. Accept who you are and try and make the best of that. Meaning if you're a singer, if you sing rock, if you sick R&B, soul, whatever it is, do that. Don't try to do anything else because people try to do everything."