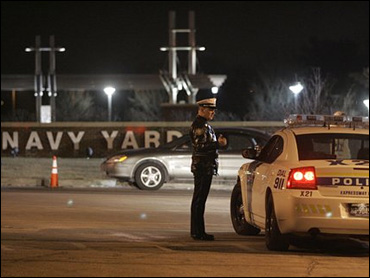 Goldberg, who also produced the TV show, said if 25 years ago you would have told him he would be sitting here talking about a Charlie's Angels movie, he would have asked you what you were smoking.

"I thought this would be good escapist fun, but never dreamed it would be a gigantic hit," said Goldberg. "It was the first time you could see a woman who was intelligent, beautiful, powerful, but yet was still feminine. And it amazed us. It was a hit from the very first show."

And Goldberg hopes his updated Angels will have the same impact. His first challenge to that end was coming up with the right formula.

"It was very difficult, because what was the movie going to be?...Should we be going back and do it in period?...We said no, that would be wrong. Should we do a spoof? I wouldn't do that because that wouldn't be right to the people who worked so hard on it, including myself. So we had to find the right tone," Goldberg said.

"We're not taking ourselves seriously," said Goldberg. "This is not a reverential treatment of Charlie's Angels. Sit back, relax, have fun. This is going to be a blast."

Once the tone was set, casting a dream team of angels was the next step.

"I was sitting across from Drew, and I was looking into her eyes. And she had such passion and such excitement, and she brought such a youthful energy to it," said Goldberg. "I thought, if we're trying to separate ourselves from the original Angels, Drew would be a good place to start. And then she wanted to co-produce with me. And so we met and talked about that, and I said okay."

Goldberg was thrilled when Cameron Diaz signed on without even reading the script.

With the addition of Lucy Liu, the angels were set. But this time around, the gorgeous private eyes would fight crime with martial arts, not guns.

"We talked about that, and we thought that given the violence that's going on in our country...The villains have plenty of guns. They have big guns, small guns, rockets, helicopters, bombs, everything. But we thought, let the angels show you that you can do it without guns," said Goldberg.

A martial arts master, Chon Yan, was brought in from Hong Kong. He set the rules: six to eight hours training a day, five days a week. No alcohol, no other substances, no entourages. He said, "I'm an artist...If you are not prepared to commit, I don't want the job." The actresses took it very seriousl and got into shape.

But could a new set of angels make it in the new millennium? To make sure the film's cool factor stayed high, Goldberg turned to his daughter, Amanda, who was the film's associate producer.

"I was glad that she was working on the movie, because she said to me, 'I'll make it really simple for you, Dad. It either rocks or it doesn't,' said Goldberg. "So I would look over to her during script conferences or casting or dailies, and she would go, 'it rocks.'"

These angels go up against Will Smith, Matt Damon and Charlize Theron in The Legend of Bagger Vance, which also opens this weekend. The PG-13 rated film, directed by Robert Redford, is set in 1931. Capt. Rannulph Junah (Matt Damon) is a disillusioned war veteran who agrees reluctantly to play a ceremonial golf match. Junah believes he is overmatched because he has lost his swing.

One night a mysterious caddie called Bagger Vance (Will Smith) appears while Junah is practicing. Vance teaches Junah the secret of the authentic golf stroke, which turns out also to be the secret to mastering any challenge. Adele Invergordon (Charlize Theron) is Junah's girlfriend and one of the challenges in his life.

Click on Hollywood.com to read more about Charlie's Angels and The Legend Of Bagger Vance.