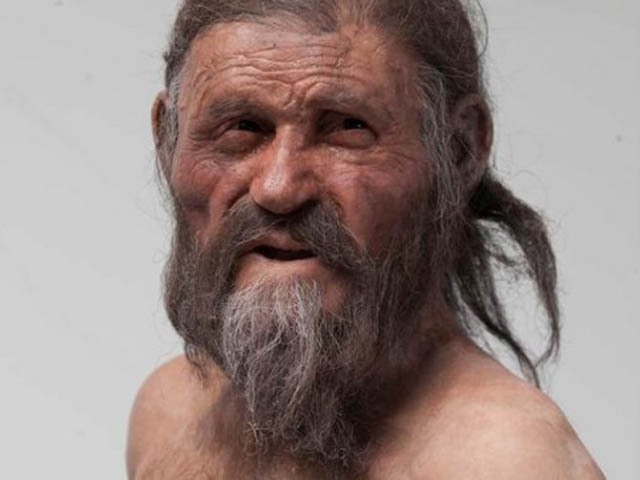 SAN FRANCISCO Otzi the Iceman, an astonishingly well-preserved Neolithic mummy found in the Italian Alps in 1991, was a native of Central Europe, not a first-generation emigre from Sardinia, new research shows. And genetically, he looked a lot like other Stone Age farmers throughout Europe.

The new findings, reported Thursday (Nov. 8) here at the American Society of Human Genetics conference, support the theory that farmers, and not just the technology of farming, spread during prehistoric times from the Middle East all the way to Finland.

"The idea is that the spread of farming and agriculture, right now we have good evidence that it was also associated with a movement of people and not only technology," said study co-author Martin Sikora, a geneticist at Stanford University.

In what may be the world's oldest cold case, Otzi was pierced by an arrow and bled to death on a glacier in the Alps between Austria and Italy more than 5,000 years ago. [Album: A New Face for Otzi the Iceman]

Scientists sequenced Otzi's genome earlier this year, yielding a surprising result: The Iceman was more closely related to present-day Sardinians than he was to present-day Central Europeans.

But the researchers sequenced only part of the genome, and the results didn't resolve an underlying question: Did most of the Neolithic people in Central Europe have genetic profiles more characteristic of Sardinia, or had Ötzi's family recently emigrated from Southern Europe?

"Maybe Otzi was just a tourist, maybe his parents were Sardinian and he decided to move to the Alps," Sikora said.

That would have required Otzi's family to travel hundreds of miles, an unlikely prospect, Sikora said.

"Five thousand years ago, it's not really expected that our populations were so mobile," Sikora told LiveScience.

To answer that question, Sikora's team sequenced Otzi's entire genome and compared it with those from hundreds of modern-day Europeans, as well as the genomes of a Stone Age hunter-gatherer found in Sweden, a farmer from Sweden, a 7,000-year-old hunter-gatherer iceman found in Iberia, and an Iron Age man found in Bulgaria.

The team confirmed that, of modern people, Sardinians are Otzi's closest relatives. But among the prehistoric quartet, Ötzi most closely resembled the farmers found in Bulgaria and Sweden, while the Swedish and Iberian hunter-gatherers looked more like present-day Northern Europeans.

The findings support the notion that people migrating from the Middle East all the way to Northern Europe brought agriculture with them and mixed with the native hunter-gatherers, enabling the population to explode, Sikora said.

While the traces of these ancient migrations are largely lost in most of Europe, Sardinian islanders remained more isolated and therefore retain larger genetic traces of those first Neolithic farmers, Sikora said.

The findings add to a growing body of evidence showing that farming played a major role in shaping the people of Europe, said Chris Gignoux, a geneticist at the University of California San Francisco, who was not involved in the study.

"I think it's really intriguing," Gignoux said. "The more that people are sequencing these ancient genomes from Europe, that we're really starting to see the impact of farmers moving into Europe."