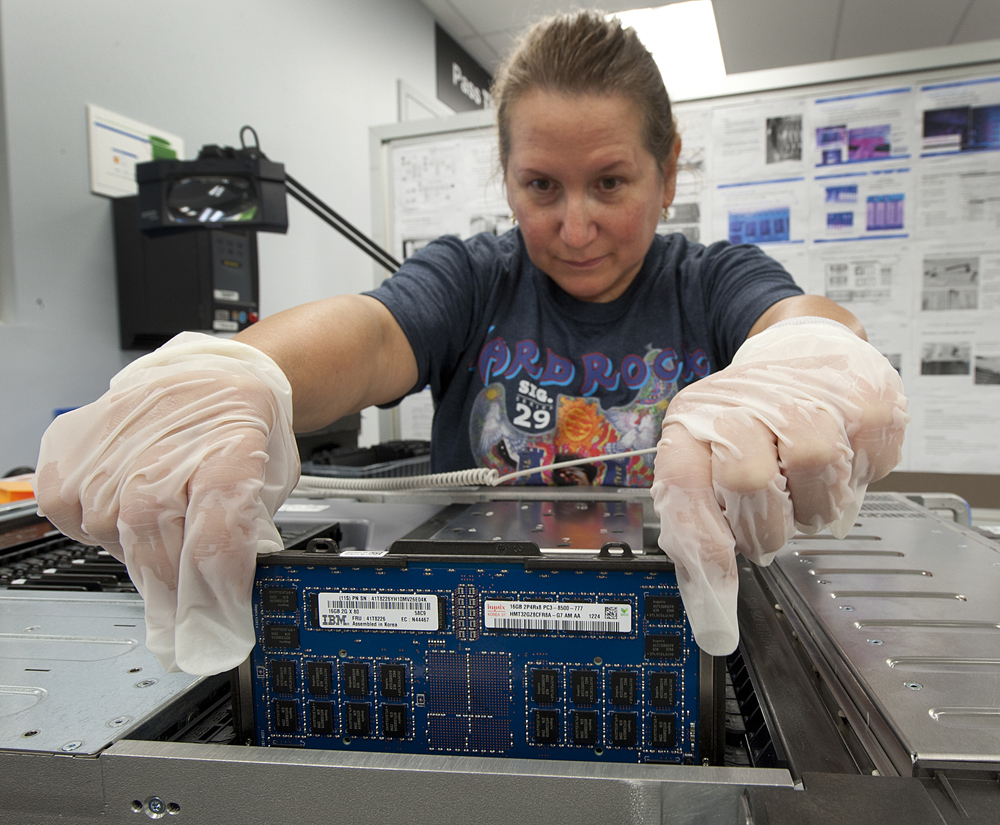 (AP) ARMONK, N.Y. - IBM on Tuesday introduced a new line of mainframe computers the company calls its most powerful and technologically advanced ever.

IBM said its zEnterprise EC12 mainframe server is designed to help clients securely and quickly sift through massive amounts of data, meeting the demands of retail and other clients in the age of "Big Data." Running at 5.5 GHz, IBM said the microprocessor that powers the mainframe is the fastest chip in the world. Processing speed is 25 percent faster than the previous model.

Mainframes are used by corporate clients ranging from banks to chain stores. IBM says the new model could be used by retailers to manage online transactions and analyze clients' buying habits and then use the information to create a "more customized shopping experience," such as a custom coupon issued during a transaction.

"Whether its retail or whether its transportation, making reservations, whatever it is, the system has been built really to help clients do those new types of new-age transactions," said Doug Brown, an IBM vice president of marketing.

IBM says more than $1 billion was spent on research and development for the system at 18 sites worldwide, with most of it in Poughkeepsie, about 40 miles north of its headquarters in Armonk in Westchester County.

The new mainframe is being promoted as one of the most secure systems ever with a tamper-resistant cryptographic co-processor to provide privacy for sensitive transactions.

IBM has been focusing on its software and services divisions, which are more profitable than selling the mainframe computers that made the company famous decades ago. But the sales of those mainframes help feed demand for IBM services.

Global warming: How you can help the environment right now