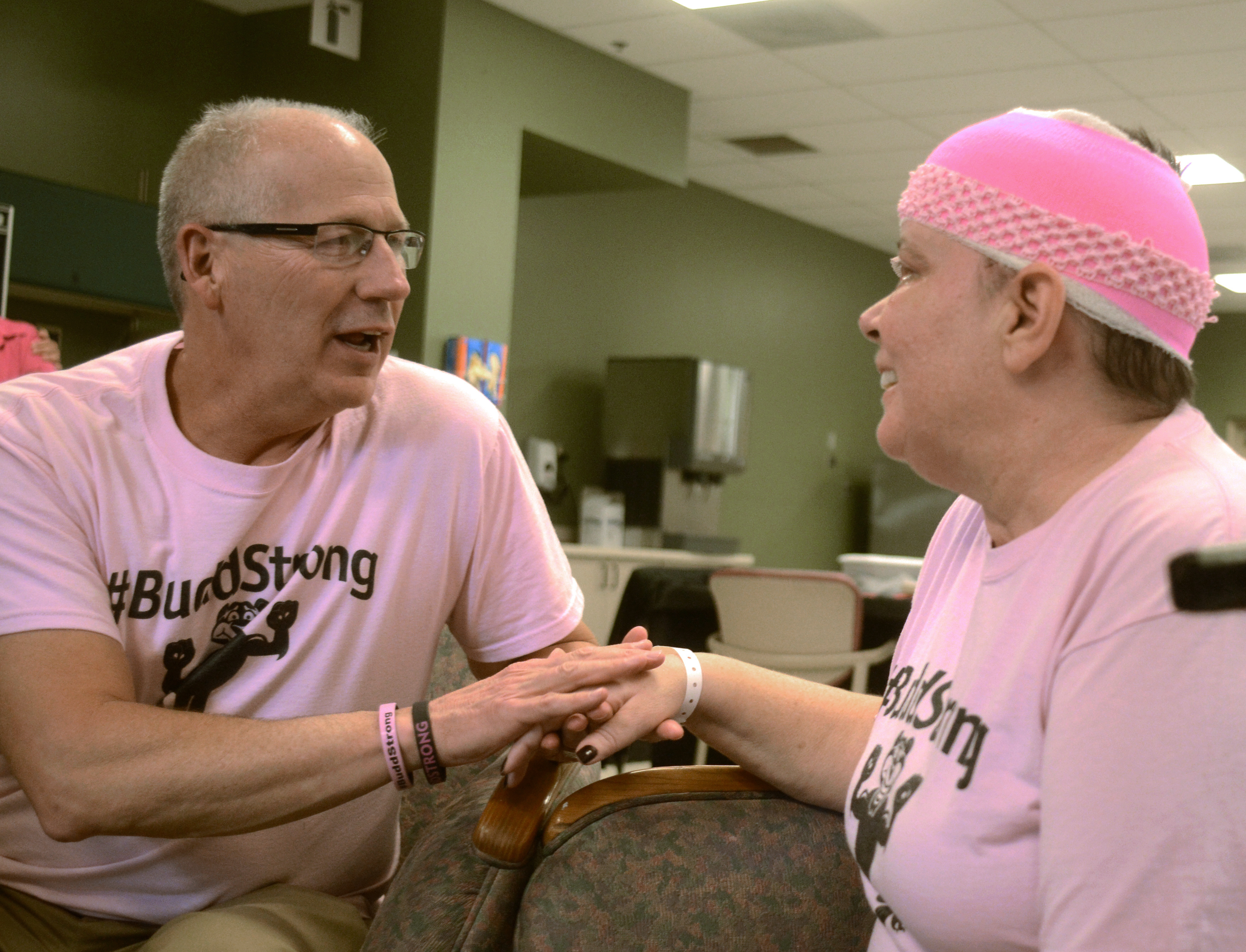 COLUMBUS, Ohio -- The husband of a schoolteacher critically injured when a rock was dropped on her car from a highway overpass has died of a self-inflicted gunshot wound, authorities said.

Sharon Budd suffered catastrophic head injuries when a 5-pound rock tossed from an overpass crashed through the windshield of her family's moving car on Interstate 80 in central Pennsylvania in July 2014.

Randy Budd said in January that his wife had seven major surgeries and lost part of her brain and an eye. Because her brain was affected, he said, she would require constant care at home for the rest of her life.

"I'd like to return to the person that I was before the accident," she said in January, CBS affiliate WBNS reported.

Four young men were convicted and sentenced to prison in a case that attracted national attention.

The Canton Repository published a statement from the Budd family Sunday afternoon.

"The Budd family are all together and are grieving the loss of their dad, husband and brother. We deeply appreciate the tremendous support our family has received from the Massillon, Canton and Hartville areas over the past several years. We ask for your prayers and some privacy as we deal with our loss."

The Repository reports that the Budds had recently celebrated their 33rd wedding anniversary. The couple had four children.

After his wife's accident, Randy Budd became an advocate for requiring fencing on overpasses. Earlier this year, the Budd family helped push through new rules in Ohio requiring any new or rehabbed bridges over most busy highways to be topped with chain-link fencing to deter vandals.

"I kept thinking this had to happen for a reason. Why would this happen?" Randy Budd said in January. "There has got to be something good to come out of this, and it happened. Now it's going to have an impact in Ohio for years and years to come, and somebody else won't have to go through what we're going through -- or even death."

Ohio transportation officials said it means at least 108 bridges or overpasses will get fencing 6 to 8 feet high in the next few years without significant added costs to the projects.