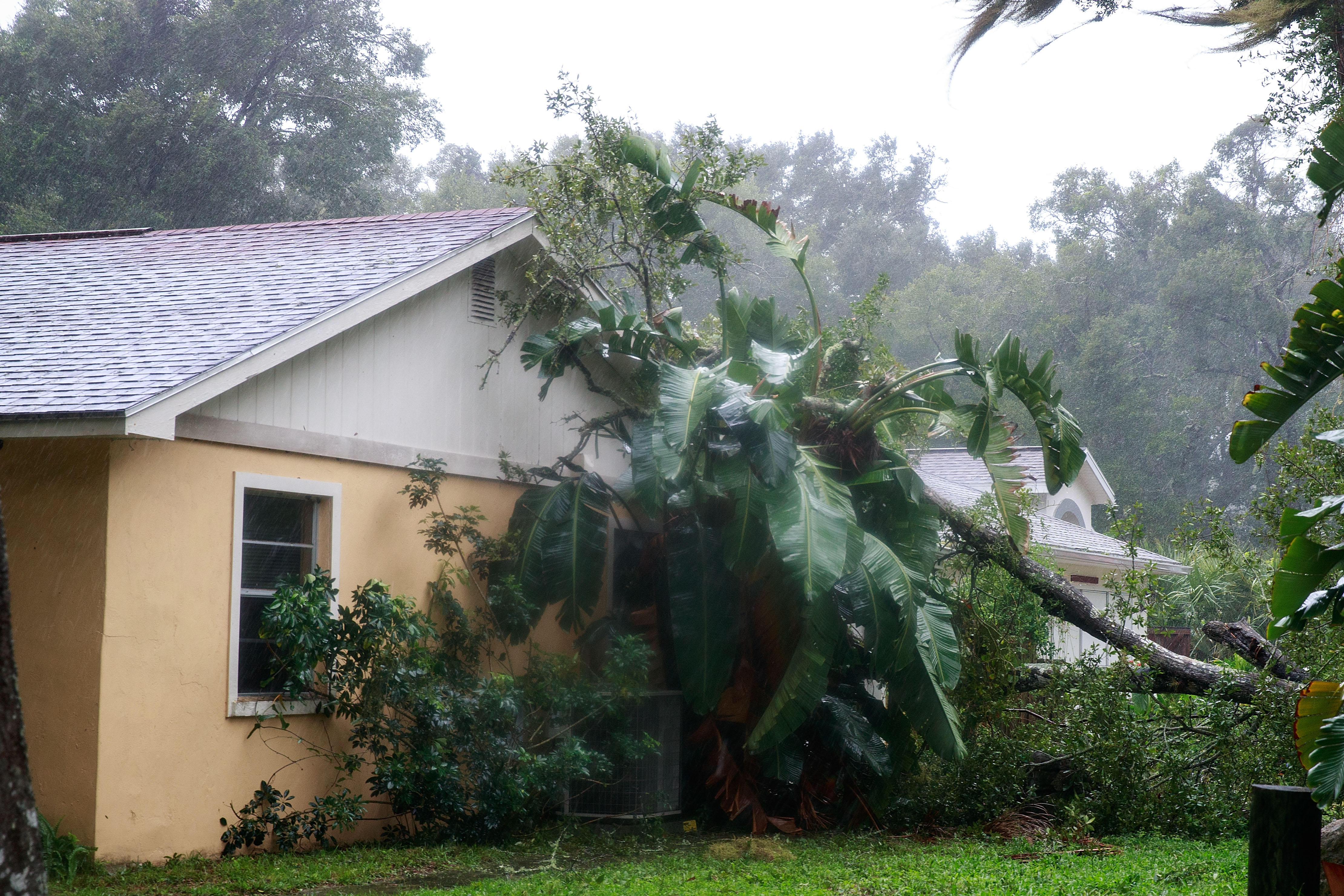 HILTON HEAD, S.C. As Hurricane Matthew swirled toward South Carolina, officials up and down the coast warned the situation has turned worse with the storm now expected to trace the state’s coastline over the next 24 hours bringing hurricane-force winds, torrential rains, dangerous storm surge and widespread power outages.

“There is nothing safe about what is getting ready to happen” Gov. Nikki Haley warned Friday as she made a last plea for those on the coast to evacuate and follow the lead of those who have already headed inland.

From Hilton Head Island to Myrtle Beach residents braced for the storm whose center, according to National Hurricane Center projections, was expected to be just off Charleston Saturday morning as a Category 2 hurricane with 100 mph winds. Beaufort County set a dusk to dawn curfew and Charleston imposed a curfew from midnight Friday through 6 a.m. Saturday.

Mayor John Tecklenburg reassured Charlestonians that after days of watching, Matthew will soon be past. He said Charleston has shown its resilience time and time again throughout its history and in the face of disaster and struggle, the city is at its best.

“It’s time for us to hunker down and ride out this storm,” he said.

Haley said during an evening news conference that an estimated 355,000 people had fled from coastal areas. She said the time to prepare was over and ended her session with reporters by saying “now is the time we ask for prayer” and asking a chaplain to pray.

About 50,000 customers lost power by late Friday. Most of them were in Beaufort and Charleston counties. Utility crews were on standby to start restoring electricity as soon as the winds died down.

Edgar Putnam was pretty sure he was going to ride out Hurricane Matthew in his boxy vacation home on the tip of St. Helena Island, fully aware of predictions that sea water pushed onshore by the storm should inundate the island.

“There is something of a sense of adventure to it,” Putnam said as he worked to make final preparations to his home and several boats. “But I’m still thinking and looking at things. You don’t want to risk your life.”

Several other people could be seen driving around the island Friday morning, which was the site of South Carolina’s worst hurricane disaster. The Sea Islands storm of 1893 brought 125 mph winds and up to 14 feet of water. About 2,000 residents, mostly poor blacks, drowned.

Hurricane Matthew has weakened slightly as it pounds Florida and crawls north along the Atlantic coast.

At one point, Matthew reached the strongest Category 5 designation, but it has been slowly weakening as it has moved closer to Florida.

Among the cities in the crosshairs were St. Augustine, Florida; Savannah, Georgia; and Charleston, South Carolina.

“There are houses that will probably not ever be the same again or not even be there,” St. Augustine Mayor Nancy Shaver lamented as battleship-gray floodwaters coursed through the streets of the 451-year-old city founded by the Spanish.

Matthew - the most powerful hurricane to threaten the Atlantic Seaboard in over a decade - set off alarm as it closed in on the U.S., having left more than 300 people dead in Haiti, and there are reports of up to 842 dead.

There were at least four deaths in Flordia attributed to the storm, including a woman whose house was hit by a tree in the Daytona area. At least 22,000 people were moved to shelters and more than two million people were evacuated across the Southeast.

It stayed just far enough offshore to prevent major damage to cities like Miami, Fort Lauderdale and West Palm Beach. And the coast never felt the full force of its 120 mph winds.

There were wind gusts of 80 mph in St. Augustine, Florida, reports CBS News’ Manuel Bojorquez, who saw toppled trees and submerged cars throughout the city. More than half of that city’s 14,000 residents decided to stay, despite the evacuation orders.

“This is the storm surge everyone fears,” reports CBS News’ Errol Barnett from Jacksonville. In Daytona Beach, CBS News’ Mark Strassmann reports a 9 foot storm surge during high tide, when flooding is at its worst.

In the end, it sideswiped Florida’s Atlantic coast early Friday, swamping streets, toppling trees onto homes and knocking out power. At 6 p.m. Friday, Fl. Gov. Rick Scott tweeted out a power report that over 1.1 million no longer had power.

While the hurricane was weakening quickly, several northeastern Florida cities, including Jacksonville, were still in harm’s way, along with communities farther up the coast. Authorities warned that not only could Matthew easily turn toward land, it could also cause deadly flooding with its surge of seawater.

About 500,000 people were under evacuation orders in the Jacksonville area, along with another half-million on the Georgia coast. More than 300,000 fled their homes in South Carolina. The latest forecast showed the storm could also scrape the North Carolina coast.

“If you’re hoping it’s is just going to pass far enough offshore that this isn’t a problem anymore - that is a very, very big mistake that you could make that could cost you your life,” National Hurricane Center Director Rick Knabb warned.

St. Augustine, which is the nation’s oldest permanently occupied European settlement and includes a 17th-century Spanish fortress and many historic homes turned into bed-and-breakfasts, was awash in rain and seawater that authorities said could top 8 feet.

Historic downtown Charleston, usually bustling with tourists who flock to see the city’s beautifully maintained antebellum homes, was eerily quiet, with many stores and shops boarded up with plywood and protected by stacks of sandbags.

The city announced a midnight-to-6 a.m. curfew Saturday, around the time the coast was expected to take the brunt of the storm.

Matthew’s outer bands began lashing Savannah, a city that was settled in 1733 and has a handsome historic district of moss-draped trees, brick and cobblestone streets, Greek revival mansions and other 18th- and 19th-century homes.

Matthew was expected to bring winds of 50 to 60 mph that could snap branches from the burly live oaks and damage the historic homes. And 8 to 14 inches of rain could bring some street flooding.

A small crew of workers Thursday set out to button up the Owens-Thomas house, one of Savannah’s architectural gems. The 1819 Greek revival mansion serves as a museum.

Sonja Wallen, a curator, said antique rugs and furniture were moved away from the home’s more than 40 windows, many of them still with their original glass. Windows were fitted with plywood and other coverings, while sandbags were stacked at the basement entrance.

“It’s basically a lot of little details - sandbags and duct tape around doorways where water can get in,” Wallen said. “It’s pretty much the same stuff you would do for any home.”

Some of Georgia’s resort islands were expected to take the brunt of Matthew’s storm surge, including St. Simons and Tybee.

On Tybee Island, where most of the 3,000 residents were evacuated, Jeff Dickey held out hope that the storm might shift and spare his home. But as the rain picked up, he decided staying wasn’t worth the risk.

“We kind of tried to wait to see if it will tilt more to the east,” Dickey said. “But it’s go time.”

Mayor Jason Buelterman personally called some of the holdouts, hoping to persuade them to move inland.

“This is what happens when you don’t have a hurricane for 100 years,” he said. “People get complacent.”

Authorities warned that the danger was far from over, with hundreds of miles of coastline in Florida, Georgia and South Carolina still under threat of torrential rain and deadly storm surge as the most powerful hurricane to menace the Atlantic Seaboard in over a decade pushed north.

They warned, too, that the storm could easily take a turn inland.

“It still has time to do a direct hit,” Gov. Rick Scott said in the morning. “This is not over. ... It could be the worst part of this is yet to come.”

North Carolina Gov. Pat McCrory warned Friday afternoon that up to 15 inches of rain is possible along the coast, according to CBS affiliate WILM.

The state could see the worst flooding since Hurricane Floyd in 1999, McCrory said. The immediate concern is “life-threatening rainfall and water,” he said.

In Florida, Matthew was downgraded to a Category 3 hurricane overnight, and its storm center, or eye, hung just offshore Friday morning as it moved up the coastline, sparing communities the full force of its 120 mph winds.

Still, it got close enough to knock down trees and power lines, damage buildings and flood streets.

In areas the storm had already passed, residents and officials began to assess the damage.

Robert Tyler had feared the storm surge would flood his street two blocks from the Cape Canaveral beach. Tree branches fell, he could hear transformers exploding overnight, and the windows seemed as if they were about to blow in, despite the plywood over them.

But in the morning, there wasn’t much water, his home didn’t appear to have damage on first inspection, and his vehicles were unharmed.

“Overnight, it was scary as heck,” Tyler said. “That description of a freight train is pretty accurate.”

Florida’s governor called it a “blessing” that so far Florida was avoiding a direct hit as the storm sliced northward.

About 500,000 people were told to evacuate the Jacksonville area, and another half-million were under orders to clear out in Georgia.

National Hurricane Center Director Rick Knabb reminded people in the danger zone that storm surge is the biggest threat to life during a hurricane, even when the eye remains offshore.

“If you’re hoping it’s is just going to pass far enough offshore that this isn’t a problem anymore - that is a very, very big mistake that you could make that could cost you your life,” he said.

Airlines canceled at least 4,500 flights Wednesday through Saturday, including many in and out of Orlando, where all three of the resort city’s world-famous theme parks - Walt Disney World, Universal Studios and SeaWorld - closed because of the storm.

Airports in South Florida began returning to normal, however, with American Airlines seeing its first arrival at its Miami hub at 9:05 a.m.

Despite the warnings to leave, many hunkered down Thursday night and hoped for the best.

The door to Darrell Etheridge’s garage was blown off, but the Vero Beach resident said the storm was no big deal. There was no flooding and he had power for most of the night, only losing cable TV.

While the wind’s howling “sounded like a pack of wolves,” he said, “I got off damn good.”

Some people who refused to evacuate were stranded and called for help but were told to stay put until conditions improved enough for paramedics and firefighters to get to them, said emergency operations spokesman David Waters in Brevard County, the home of Cape Canaveral.

“A family called in that the roof just flew off their home on Merritt Island,” Waters said.

NASA reported mostly minor damage at the Kennedy Space Center in Cape Canaveral, including damage to some parked cars and an office building roof.