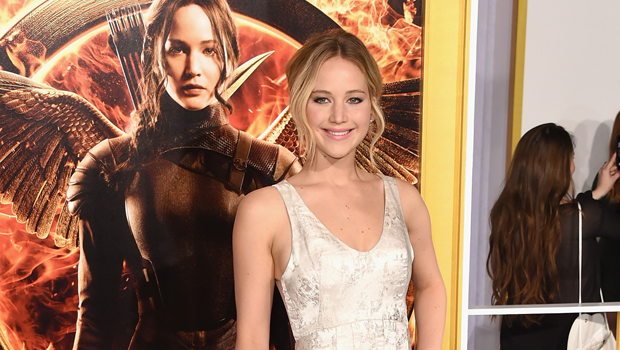 "The Hunger Games: Mockingjay - Part 1" continues to dominate the domestic box office, but awards season hopefuls "Wild" and "The Imitation Game" proved their might with impressive limited release showings on this sleepy post-Thanksgiving weekend.

And yet, even though "Mockingjay - Part 1" is on track to become the second-highest grossing movie of the year by mid-week, it's still about $78 million shy of where the previous installment, "Catching Fire," was in its third weekend just last year.

For Paul Dergarabedian, senior media analyst for box office tracker Rentrak, this deficit is only concerning for the overall box office, which is down 4.6 percent for the year. "We are nearing the finish line for 2014 and that is a lot of ground to make up, but luckily we have some big movies on the way," he says of "Into the Woods," ''Exodus: Gods and Kings," ''Annie," ''Night at the Museum: Secret of the Tomb" and "Unbroken."

While audiences wait for that fresh fare, some still turned out to catch up with the leftovers. DreamWorks Animation's "Penguins of Madagascar" took second place with $11.1 million in its second weekend, while the raunchy Warner Bros. comedy "Horrible Bosses 2" claimed third place with $8.6 million. The fourth and fifth place spots went to Disney's animated "Big Hero 6" and Paramount's space odyssey "Interstellar," which earned $8.13 million and $8.0 million respectively.

"The Pyramid," Fox's R-rated horror pic, just barely cracked the top 10 in its debut weekend with a less-than-stellar $1.35 million from 589 locations.

"It's one of those status quo, boring weekends. But it's not boring in the specialized or indie world," Dergarabedian said. "For me that's where the excitement is."

"Wild," a Fox Searchlight release starring Reese Witherspoon, opened in 21 theaters Wednesday, earning an estimated $630,000 over three days for a strong $30,000 per-theater average. The Oscar-winning actress has been getting lots of buzz for her soul-searching turn in the adaptation of Cheryl Strayed's best seller.

"I called my agent and I said I have to talk to this woman," Witherspoon told CBS News. "I told her how incredibly moving I found her book and that it was definitely one of the most important books I read in my life."

The biggest success story of the weekend is The Weinstein Company's Alan Turing biopic "The Imitation Game," which took in an estimated $402,000 from eight locations for a stunning $50,250 per-theater average. Star Benedict Cumberbatch is also expected to be a major contender on the awards circuit this season.

As Dergarabedian puts it: "People wanted to see what the fuss was about and went out in pretty big numbers."