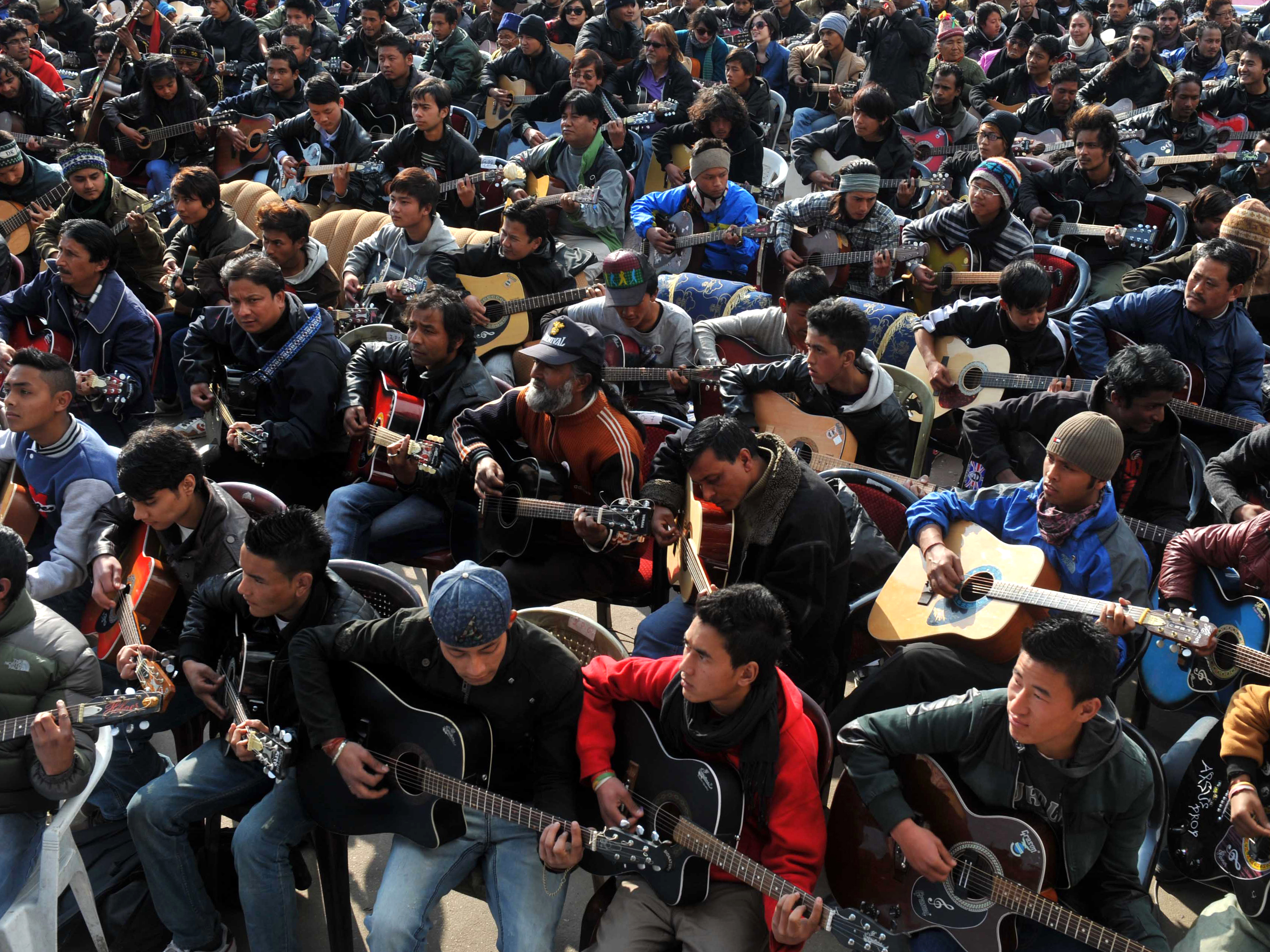 Last month's brutal rape of a university student in India prompted hundreds of guitarists at a music festival in the Indian town of Darjeeling to memorialize her by playing John Lennon's "Imagine."

The student, whose name has not been publicly disclosed, died in Singapore last weekend from her injuries after the Dec. 16 attack on a bus in New Delhi.

The roughly 600 musicians played Thursday's song because they wanted to show support for the victim's family, Darjeeling Tourism Secretary Sonam Bhutia, one of the festival's organizers, told the Agence France-Presse news service.

"We chose this song because it talks about hope, peace and promise," Bhutia told AFP.

Five men have been charged with murder and rape and face the death penalty if convicted. Also, a 17-year-old boy was expected to be tried in a juvenile court.

A hearing for the five charged men was expected to be held Saturday.