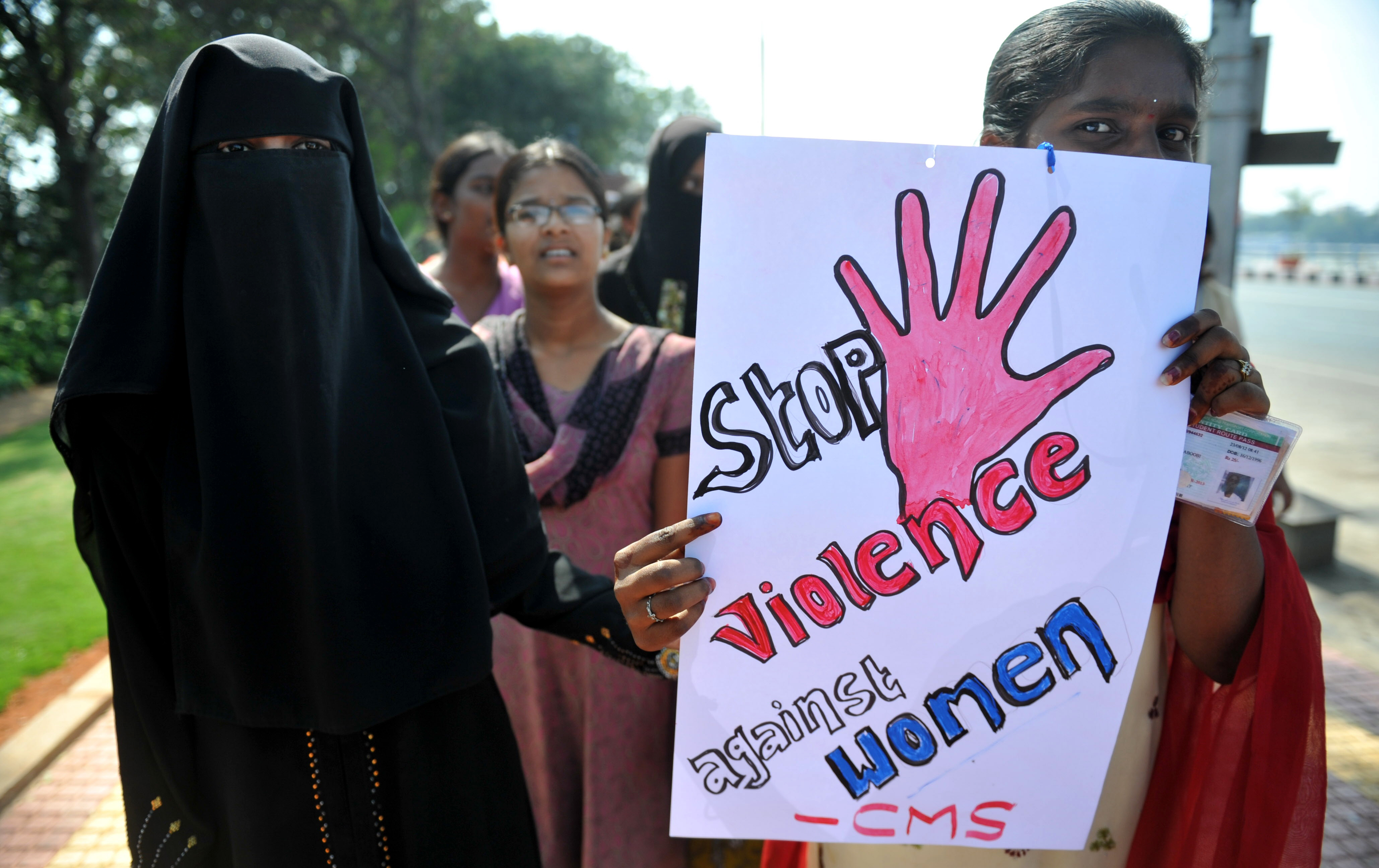 NEW DELHI Five men accused of raping a university student for hours on a bus as it drove through India's capital were charged Thursday with murder, rape and other crimes that could bring them the death penalty.

The attack on the 23-year-old woman, who died of severe internal injuries over the weekend, provoked a debate across India about the routine mistreatment of females and triggered daily protests demanding action.

There have been signs of change since the attack. Rapes, often ignored, have become front-page news, politicians have called for tougher laws, including the death penalty and chemical castration for rapists, and the government is examining wide-scale reforms in the criminal justice system's handling of sexual assaults. Activists say the tragedy could mark a turning point for women's rights.

In a nation where court cases often linger for years, the government set up a special fast-track court Wednesday to deal with crimes against women, and that is where the charges against the five men were filed Thursday evening. The government said it planned to open four more such courts in the city.

Prosecutor Rajiv Mohan filed a case of rape, tampering with evidence, kidnapping, murder and other charges against the men. The charge sheet was not released and he asked for a closed trial. A hearing was set for Saturday.

The men charged were Ram Singh, the bus driver; his brother Mukesh Singh, who cleans buses for the same company; Pavan Gupta, a fruit vendor; Akshay Singh, a bus washer; and Vinay Sharma, a fitness trainer. They did not appear in court. Authorities have said they would push for the death penalty for the men.

A sixth suspect, listed as a 17-year-old, was expected to be tried in a juvenile court, where the maximum sentence would be three years in a reform facility. Police also detained the owner of the bus on accusations he used false documents to obtain permits to run the private bus service.

The Bar Association said its lawyers would not defend the suspects because of the nature of the crime, but the court was expected to appoint attorneys to defend them.

The woman was attacked Dec. 16 after boarding the bus with a male companion after watching an evening showing of the movie "Life of Pi" at an upscale mall. The vehicle was a charter bus that illegally picked up the two passengers, authorities said.

The pair were attacked for hours as the bus drove through the city, even passing through police checkpoints during the assault. They were eventually dumped naked on the side of the road. The woman, whose name was not released, was assaulted with an iron bar and suffered severe internal injuries that eventually proved fatal.

The attack caused outrage across India, where women are routinely subject to everything from catcalls to assaults. Many say they fear being outside at night.

Outside the court, about 50 woman lawyers held a protest, demanding wholesale changes in the criminal justice system to ensure justice for women. "Punish the police, sensitize judiciary, eradicate rape," read one protester's sign.

Indian Chief Justice Altamas Kabir said the accused should be tried swiftly, but cautioned that they needed to be given a fair trial and not be subjected to mob justice.

"Let us not lose sight of the fact that a person is presumed innocent until proven guilty," he told reporters Wednesday, while inaugurating the new fast-track court. "Let us balance things. Let us not get carried away. Provide justice in a fair but swift manner so that faith of people is once again restored that the judiciary is there behind the common man."

Many cases never even get to court because of intense social pressure against families reporting sexual assaults, which are often blamed on the female victims. When women do report rapes, police often refuse to file charges and pressure the victims to reach a compromise with their attackers.

To try to rectify that, Home Minister Sushilkumar Shinde announced a special recruitment drive for women police officers Thursday and ordered every police station in the capital to be staffed by at least nine female officers to make them more attentive to women's needs.

In a sign attitudes might be changing, and that even powerful men are being held accountable, police in the northeastern state of Assam arrested a leader of the ruling Congress party Thursday on accusations he raped a woman in a village in the early hours of the morning.

Footage on Indian television showed the extraordinary scene of local women surrounding the man, ripping off his shirt and repeatedly slapping him across the face.

Police said the man, Bikram Singh Brahma, was visiting the village of Santipur on the Bhutan border when he entered a woman's house and raped her at 2 a.m. Amid the screams, villagers ran to the home and captured the man, said G.P. Singh, a senior police officer in the area.

"We are taking this issue very seriously," Singh said.