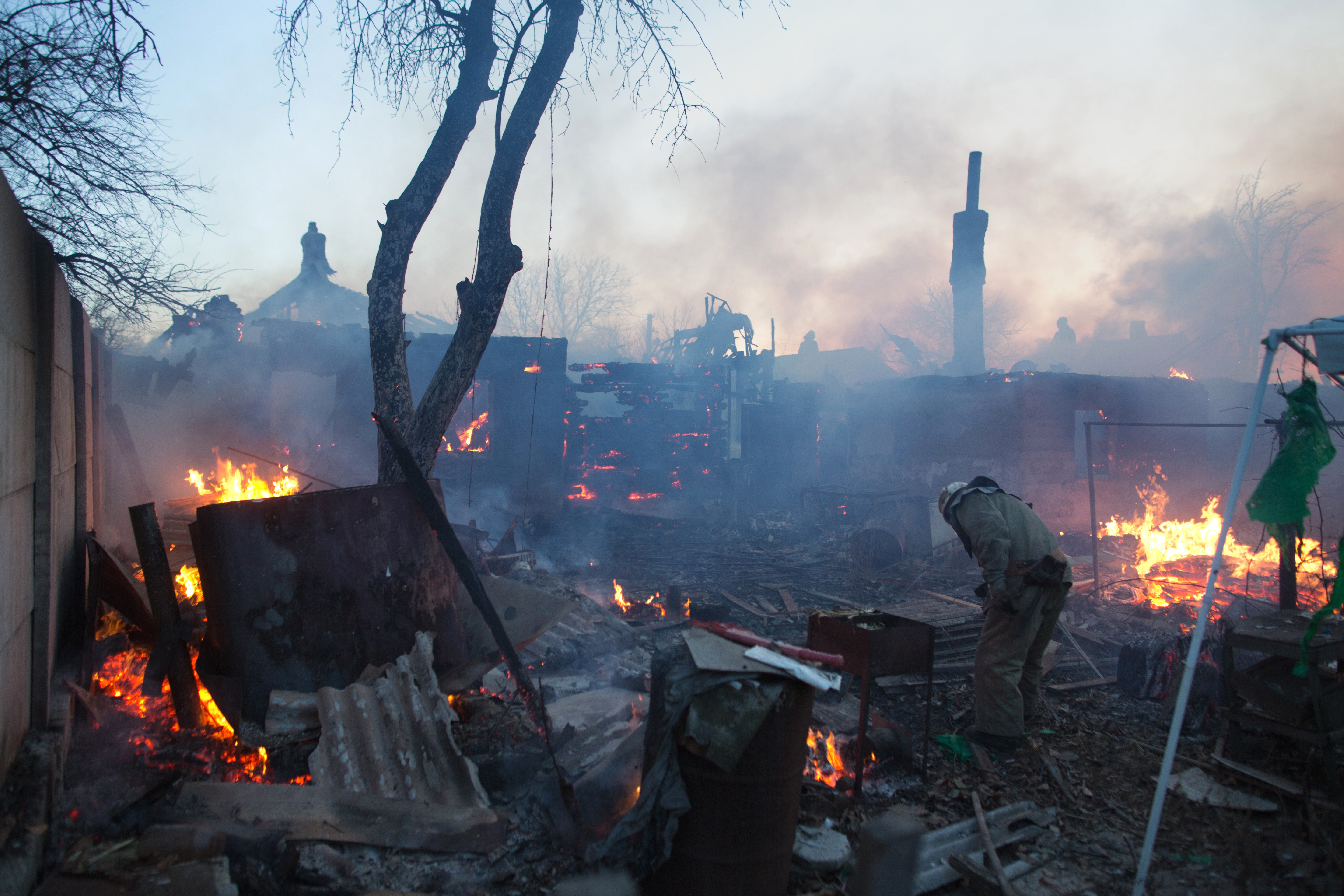 GENEVA -- The fighting in eastern Ukraine has killed nearly 300 people in the last month despite a ceasefire and has violated people's rights so much it could amount to war crimes, U.N. rights investigators said Thursday.

A new report from the U.N. team in Ukraine said at least 4,317 people have been killed in the conflict that began in mid-April and the number of people internally displaced by the violence has risen sharply in the last month to nearly 466,830 in all.

The report also cited allegations of serious human rights abuses by armed groups including torture, detention, executions, forced labor and sexual violence that "are of a systematic nature and may amount to crimes against humanity."

The report said the standoff between Kiev's government troops and pro-Russian rebels in eastern Ukraine "is becoming increasingly entrenched, with the total breakdown of law and order and the emergence of parallel governance systems" in Donetsk, the largest city under separatist control, and in rebel-controlled areas in the neighboring Luhansk region.

"All parties need to make a far more wholehearted effort to resolve this protracted crisis peacefully," the U.N. High Commissioner for Human Rights Zeid Raad al-Hussein said in a statement.

A top Russian official, meanwhile, criticized a U.S. official's comment that Washington should consider supplying weapons to the Ukrainian government, saying that would only expand the conflict.

"The United States is one of the initiators of the conflict on the territory of Ukraine, and if they sell weapons, the conflict will escalate," Nikolai Patrushev, secretary of President Vladimir Putin's Security Council, said in remarks carried by Russian news agencies.

Russian Foreign Ministry Alexander Lukashevich issued a similar warning, saying U.S. weapons would be "a highly destabilizing factor that could seriously influence the balance of power."

Tony Blinken, the deputy U.S. national security adviser, told a U.S. Senate committee on Wednesday that strengthening Ukraine's forces is "something we should be looking at."

The Obama administration has resisted supplying arms to Ukraine, although there is broad support in Congress for doing so.

The leaders of Ukraine, Poland and Moldova, meanwhile, met Thursday in the Moldovan capital of Chisinau over concerns about Russian influence in eastern Ukraine. They said both Ukraine and Moldova should continue their pro-European paths.

Last week, Russia announced it would conduct regular patrol missions from the Arctic Ocean to the Caribbean and the Gulf of Mexico, a show of muscle reflecting tensions with the West over Ukraine. CBS News correspondent David Martin reported that, even during Cold War times, the Soviet Union didn't fly bombers over the Gulf of Mexico, only surveillance and anti-submarine aircraft.

If Moscow were to make good on the threat now, a U.S. military official told Martin it would be a "very significant" development.