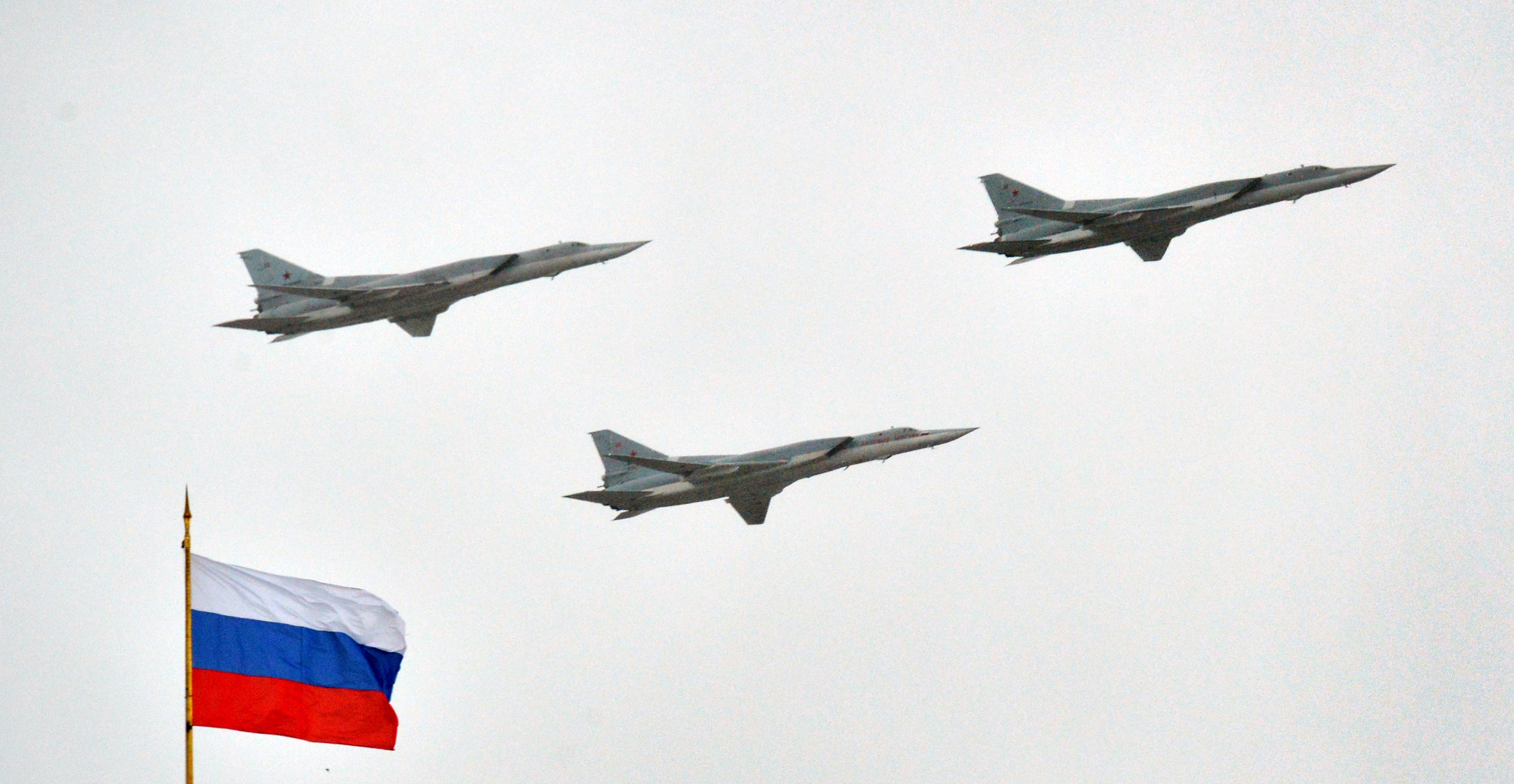 MOSCOW -- Russia's long-range bombers will conduct regular patrol missions from the Arctic Ocean to the Caribbean and the Gulf of Mexico, the military said Wednesday, a show of muscle reflecting tensions with the West over Ukraine.

Shoigu said the tensions with the West over Ukraine would require Russia to also beef up its forces in the Crimea, the Black Sea Peninsula that Russia annexed in March.

He said Russian long-range bombers will conduct flights along Russian borders and over the Arctic Ocean. He added that "in the current situation we have to maintain military presence in the western Atlantic and eastern Pacific, as well as the Caribbean and the Gulf of Mexico."

He said that the increasing pace and duration of flights would require stronger maintenance efforts and relevant directives have been issued to industries.

Russian nuclear-capable strategic bombers were making regular patrols across the Atlantic and the Pacific Oceans during Cold War times, but the post-Soviet money crunch forced the military to cut back. The bomber patrol flights have resumed under President Vladimir Putin's tenure.

Judge killed by mobsters in 1990 put on path to sainthood

The patrols have become even more frequent in recent weeks with NATO reporting a spike in Russian military flights over the Black, Baltic and North seas as well as the Atlantic Ocean.

Earlier this year, Shoigu said that Russia plans to expand its worldwide military presence by seeking permission for navy ships to use ports in Latin America, Asia and elsewhere for replenishing supplies and doing maintenance. He said the military was conducting talks with Algeria, Cyprus, Nicaragua, Venezuela, Cuba, Seychelles, Vietnam and Singapore.

Shoigu said Russia was also talking to some of those countries about allowing long-range bombers to use their air bases for refueling.

Ian Kearns, director of the European Leadership Network, a London-based think tank, said the bomber patrols were part of Kremlin's efforts to make the Russian military "more visible and more assertive in its actions."

The new bomber flights "aren't necessarily presaging a threat," Kearns said. "They are just part of a general ramping-up of activities."

But he said "the more instances you have of NATO and Russian forces coming close together, the more chance there is of having something bad happening, even if it's not intentional."

Three of the nearly 40 incidents, the think tank said, carried a "high probability" of causing casualties or triggering a direct military confrontation: a narrowly avoided collision between a civilian airliner and a Russian surveillance plane, the abduction of an Estonian intelligence officer and a large-scale Swedish hunt for a suspected Russian submarine that yielded no result.

In September, the report said, Russian strategic bombers in the Labrador Sea off Canada practiced cruise missile strikes on the U.S. In June, two F-22 fighter jets were scrambled after a pair of Russian bombers were spotted 50 miles off the coast of California.

Russia-West ties have dipped to their lowest point since Cold War times over the Kremlin's annexation of Crimea and support for pro-Russia insurgents in Ukraine. The West and Ukraine have continuously accused Moscow of fueling the rebellion in eastern Ukraine with troops and weapons - claims Russia has rejected.

Fighting has continued in the east despite a cease-fire agreement between Ukraine and the rebels signed in September, and Ukraine and the West accused Russia recently of sending in new troops and weapons.

Breedlove, who spoke in Sofia, Bulgaria, wouldn't say how many new troops and weapons have moved into Ukraine and wouldn't specify how the alliance obtained the information. The Russian Defense Ministry quickly rejected Breedlove's statement as groundless.

Breedlove said that the Russia-Ukraine border is "completely wide open," and "forces, money, support, supplies, weapons are flowing back and forth across this border completely at will."

"We need to get back to a situation where this international border is respected," he said.