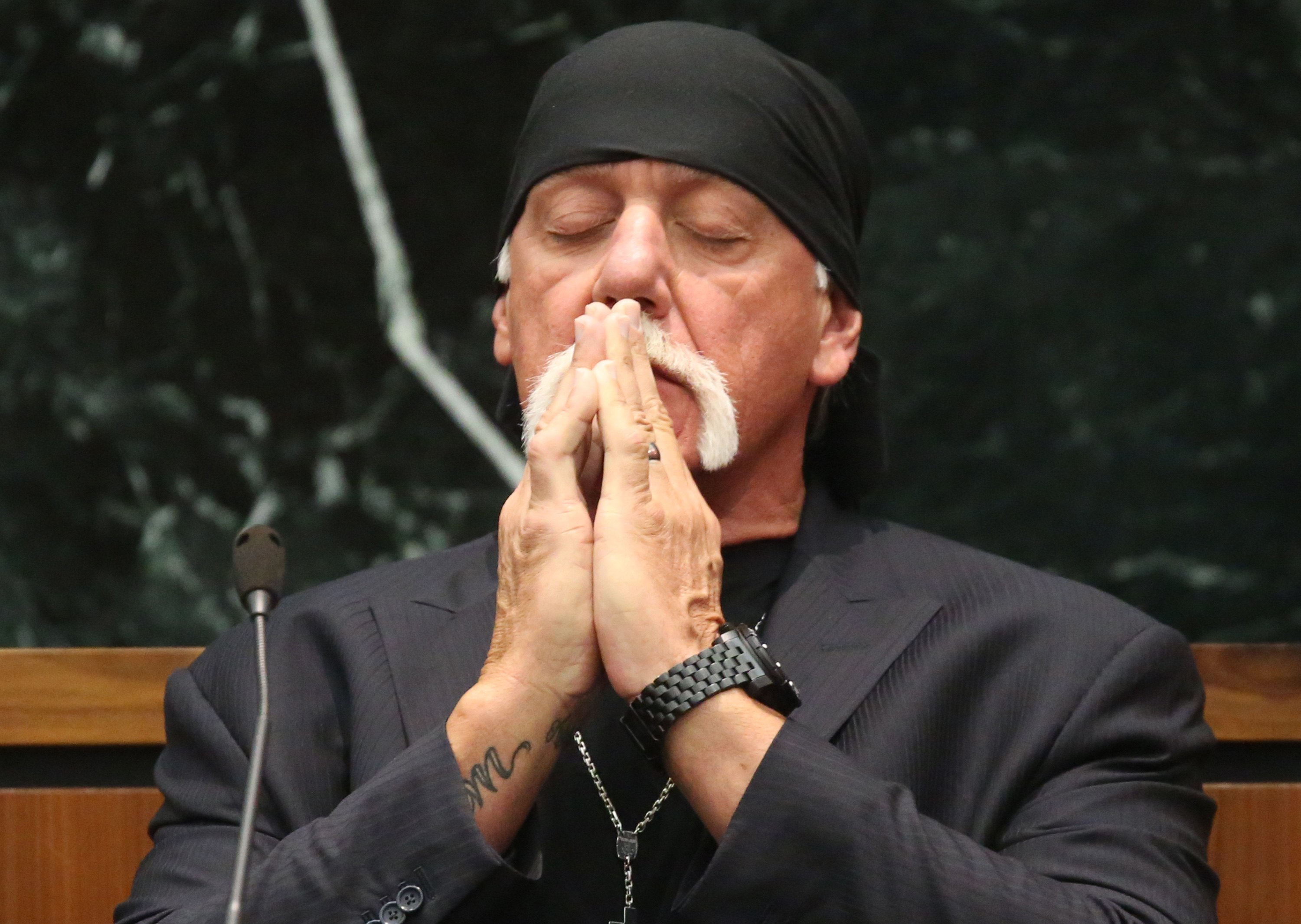 UPDATE: On March 21, the jury awarded Hulk Hogan an additional $25 million in punitive damages, bringing the total to $140 million.

ST. PETERSBURG, Fla. -- A jury sided with ex-pro wrestler Hulk Hogan on Friday and awarded him $115 million in his sex tape lawsuit against Gawker Media.

The jurors reached the decision Friday evening, less than six hours after they began deliberations. The trial lasted two weeks.

Hogan, dressed all in black including a black bandana, cried when the verdict was announced, WTSP said.

Earlier Friday, in spirited closing arguments, lawyers for Hogan and Gawker discussed themes of personal life versus celebrity, and freedom of speech versus the right to privacy.

Hogan, whose given name is Terry Bollea, sued Gawker for $100 million for posting a video of him having sex with his former best friend's wife. Hogan contended the 2012 post violated his privacy.

Hogan's attorneys told jurors this is the core of the case: "Gawker took a secretly recorded sex tape and put it on the Internet."

They said Hogan didn't consent to the video, that Gawker didn't follow usual journalism procedures before posting it and that the video wasn't newsworthy. Gawker did not try to contact Bollea or the woman in the video, and nor did the website contact the woman's husband, DJ Bubba The Love Sponge Clem, who recorded the video.

It was never conclusively determined during trial who leaked the video to the media.

Hogan didn't ask for any of this to happen, lawyer Kenneth Turkel said, adding that Bollea, the private man, expected privacy during an intimate moment. Much was made during the trial of Hogan's celebrity persona versus Bollea's privacy.

"I want you to imagine the fact that for 35 plus years he is essentially an actor, an entertainer, who has played the same role," said Turkel.

He said Hogan "has every right, every right, to keep whatever precious private moments in his life, which for thisgentlemen are very few."

Hogan's lawyers also said Gawker's value increased by $15 million due to the post, while Gawker contends it made $11,000 in ad revenue.

Gawker's attorneys told the jury that the video is "not like a real celebrity sex tape" and urged them to watch the video, which contains nine seconds of sexual content.

They pointed out that news of the sex tape first appeared on at least two websites: TMZ and The Dirty. Hogan went on TMZ's TV program to talk about it, and later appeared on the Howard Stern show.

"He has consistently chosen to put his private life out there, for public consumption," said attorney Michael Sullivan.

He also criticized Hogan's claim that he was in Hulk Hogan persona when he was doing interviews.

"An actor playing a character does that on set, but when they go on a talk show, they're themselves," Sullivan said.

Sullivan called into question whether the tape was all a celebrity stunt to drum up publicity for Hogan's career.

He suggested that although the jurors might find the video, Gawker and Hogan's sex life distasteful, they must protect the First Amendment right to free speech.

"We ask you to protect something that some of you may find unpleasant," he said. "To write, to speak, to think about all topics, to hold public figures accountable. It is right in the long run for our freedoms."

Meanwhile, in a related development, sealed documents in the case were unsealed late Friday.

Attorneys for media companies including The Associated Press sought to have the files unsealed and an appeals court agreed Thursday.