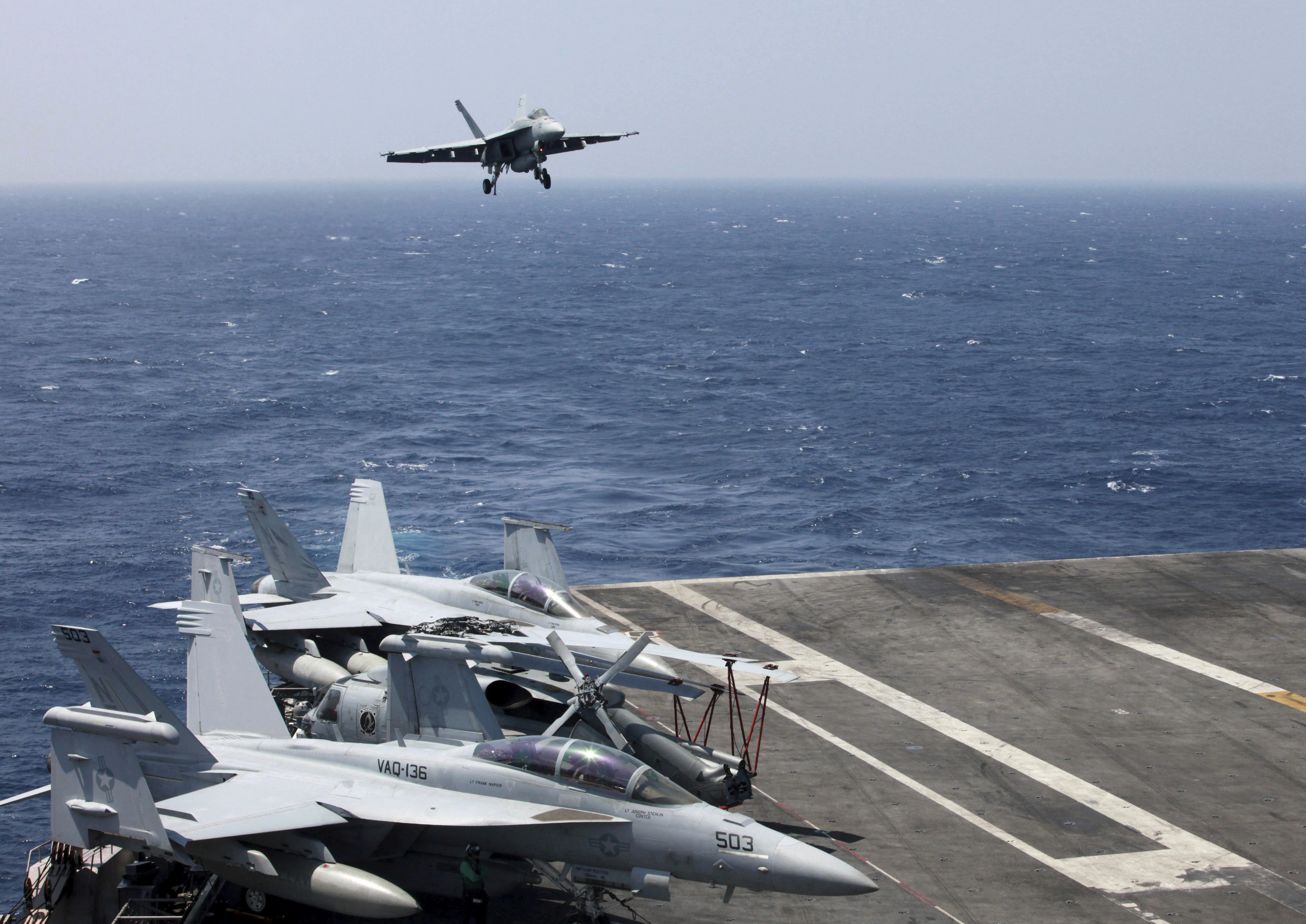 McMaster, making the comments on “Fox News Sunday,” said Mr. Trump and Chinese president Xi Jinping had agreed North Korea’s pattern of “provocative behavior” was unacceptable, and that the U.S. was acting accordingly. The Pentagon sent the group Saturday night.

“This is a rogue regime that is now a nuclear-capable regime,” McMaster said. “...So the president has asked us to be prepared to give him a full range of options to remove that threat to the American people and our allies and partners in that region.”

North Korea pledged to bolster its defenses to protect against airstrikes, after the U.S. targeted a Syrian air base with cruise missiles last week. An unnamed North Korea Foreign Ministry official in the state-run Korean Central News Agency called the U.S. action in Syria, “absolutely unpardonable,” and said it proves that North Korea’s nuclear weapons program is justified to protect against Washington’s “evermore reckless moves for a war.”

Secretary of State Rex Tillerson said on CBS News’ “Face the Nation” Sunday that Mr. Trump and Jinping had “extensive discussions around the dangerous situation in North Korea” last week.

“I think it was a very useful and productive exchange,” Tillerson said. “President Xi clearly understands, and — and I think agrees, that the situation has intensified and has reached a certain level of threat that action has to be taken.”

“And, indeed, the Chinese, even themselves, have said that they do not believe the conditions are right today to engage in discussions with the government in Pyongyang,” Tillerson said. “And so what I think we’re hopeful is that we can work together with the Chinese to change the conditions in the minds of—of the DPRK leadership. And then, at that point, perhaps discussions may be useful. But I think there’s a shared view and no disagreement as to how dangerous the situation has become. And I think even China is beginning to recognize that this presents a threat to even — to— to China’s interests as well.”