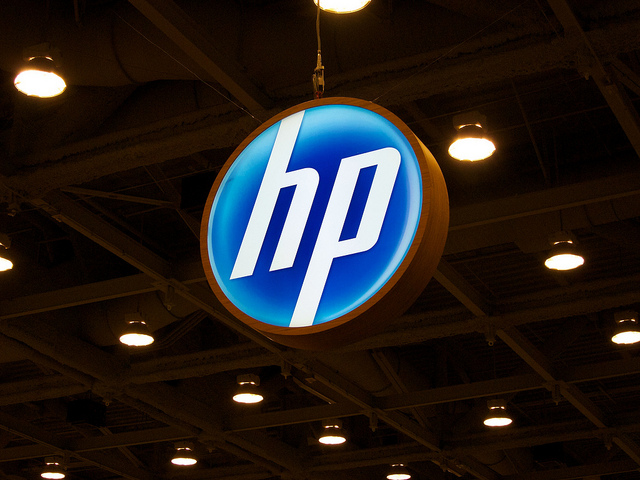 (MoneyWatch) HP (HPQ) announced its fourth quarter and annual year results for the fiscal year that ended in October. A significant annual loss was largely due to "disclosure failures and outright misrepresentations at Autonomy Corporation," which the company acquired during the brief tenure of previous CEO Leo Apotheker.

Quarterly revenue of $30 billion was down 7 percent year over year, while annual revenue of $120.4 billion was down 5 percent. Although earnings per share were $4.05 -- the low end of the company's previous guidance -- when factoring out a total $8.8 billion charge in the fourth quarter, actual GAAP (the U.S. accounting standard) EPS was a loss of $6.41, down sharply from a profit of $3.32 per share the previous year. The tone of the company's earnings release came just short of an outright accusation of accounting fraud on the part of Autonomy.

With the third quarter write-down of goodwill from the 2008 acquisition of IT service consultancy E.D.S., HP has essentially stated that it wasted $16 billion in two major acquisitions, which is hitting investor confidence.

The company's stock hit a low point since 2002 on Friday, as Arik Hesseldahl reported at AllThingsD, closing at $12.85. Monday brought some recovery as shares rebounded to $13.30. But that was short-lived and shares were down more than 11 percent in Tuesday pre-market trading.

As Hesseldahl notes, CEO Meg Whitman said that the history of chief executive turnover led to fuzzy strategy that hampered effective operations. But that was only an aggravating factor. The fundamental issue is that HP's financial success had sat on three product pillars: PCs, servers and printers.

All three pillars have significant cracks that badly damaged the business. PC purchasing continues to drop, both among consumers and businesses. People have quickly grasped that smartphones and tablets can do most of what they expected from personal computers, and often at cheaper prices.

Corporations need servers to run their IT infrastructures. However, the trend is to use technologies like virtualization and clouds to significantly reduce the amount of required hardware. Companies like HP tout the trend because it is the only way to attract corporate sales, but it ultimately undermines the total number of servers they can sell.

As for printers, people turn more often than ever before to devices like tablets to see pictures and read electronic documents. With the drop in printing comes a loss of the high margin revenue boost that selling ink provided.

The vast bulk of HP's business is in areas that are undergoing great change. IBM had similar problems in the 1990s, but identified them early and moved out of the increasingly commodity PC business and heavily into services, augmenting those with their own intellectual property and a redoubtable reputation.

Can anyone save the company?

HP bought E.D.S. to jumpstart its services business, but has never managed to significantly grow that portion organically. Apotheker had suggested ridding the company of the PC division, a move that initially had the support of the company's board, only to see the directors retract their position in the face of investor opposition.

However, the company may not have a choice. PCs bring bulk sales, but at the cost of significant infrastructure and low margins. Printers are unlikely to see a resurgence in use, and server sales will continue to face challenges from competitors like Dell and IBM as well as a market looking to reduce hardware purchases and move more computing to third-party cloud services. Even if HP can boost its services business, the company may eventually have to concede that it has a future only as a much smaller concern.